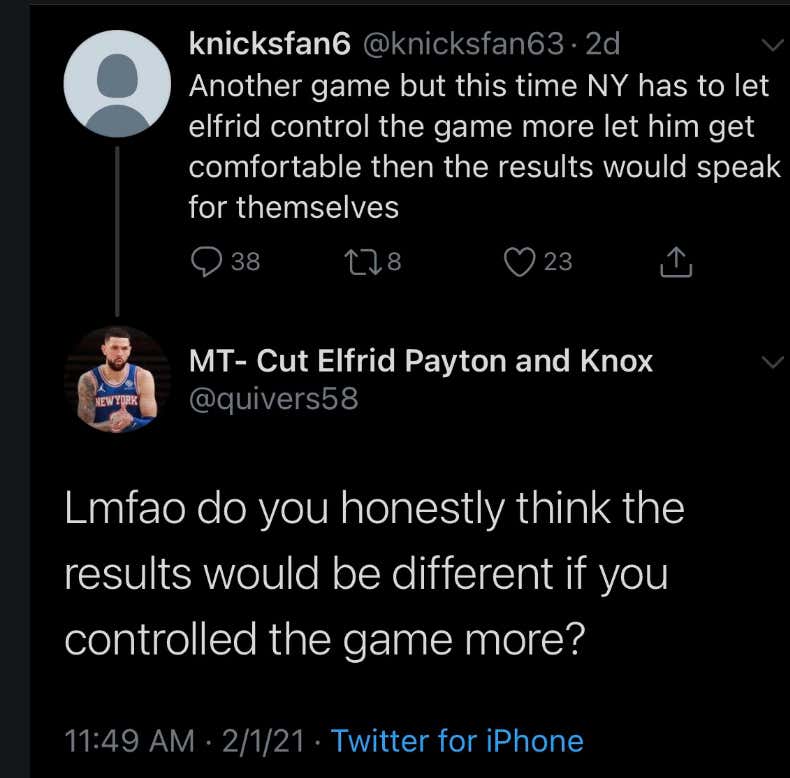 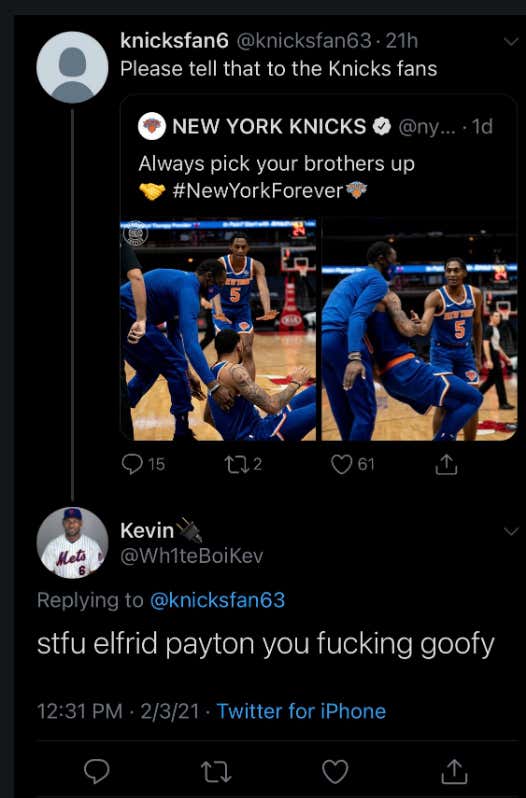 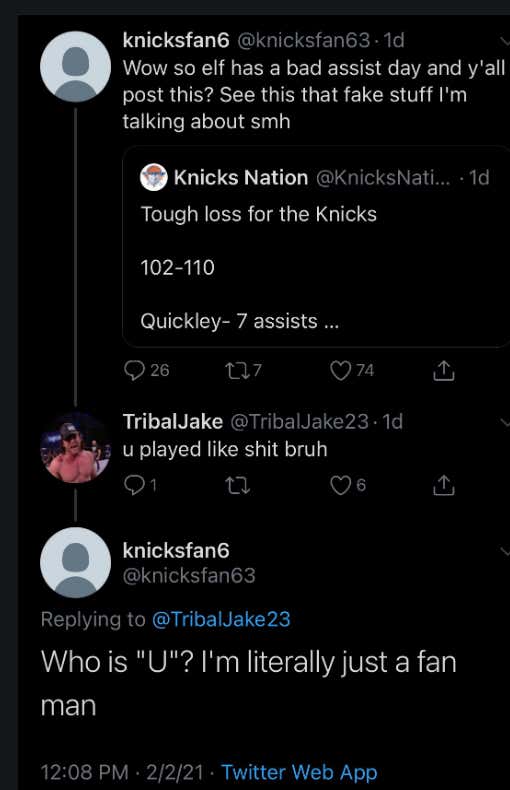 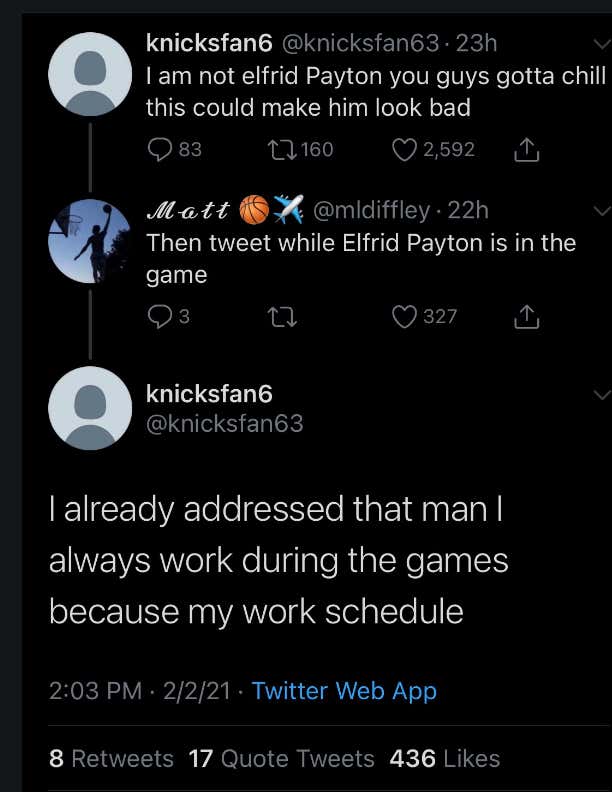 It was only a matter of time before the joy of the Knicks season got to this point. In the last week alone we had Mitchell Robinson tweet out how he needs to be allowed to do more and deleted it ASAP. Now we have starting PG Elfrid Payton allegedly having a burner account. To be honest I'm not even sure how we found this account, but I'm glad we did.

Why? We have the single greatest excuse as to why it's not Elfird Payton. Why wouldn't there be tweets, ever, during a Knicks game?

'I always work during the games due to my work schedule.' READ THAT AGAIN. He's claiming not to be Elfird Payton because he can't tweet during games due to his work schedule. Literally say anything else. Say you're Immanuel Quickley and people would be like oh okay, sure. Literally the only thing you couldn't say here.

Now I think the whole burner thing is a bit overplayed. Everyone always thinks there's a burner account for everyone and people always claim they found it. I just love that quote too much not to blog it. Also there's this:

Not only that, but this tweet pisses me off:

I'm dangerously close to telling Elfrid Payton to get the fuck off my team. Immanuel Quickley is the present and the future of the Knicks and perhaps even the league. He's arguably the best rookie so far this year. He's in the conversation at the minimum. Not bad for a guy that CBS graded as a D+ for a pick.

Here's my thing. Why have a burner? I never understood burners. Kevin Durant has openly made it fine to talk shit from your own account now, which I know is weird, because he's king of the burners. But just talk your shit with your name to it. That goes for celebs, athletes, regular ass people. Why hide when you talk shit? It's what the Internet is for.

That's why most of these tend to be fake. The new trend is to make a fake burner account and trick people into thinking it's real. Now part of the reason I believe this is Elfrid Payton is who, besides maybe me as the biggest IQ fan, would create one of Payton? I respect the commitment to it though of not tweeting during games. If it leads to swapping Payton for some future draft picks and letting Immanuel Quickley play more then it's a success.