*Spoilers Obviously Ahead. Again, this is your warning*

We're going to keep these blogs going. If we can't have No Quitters (RIPIP, send all complaints on Twitter) we're going to have the blog damnit. The Challenge is too damn good of a show to not be talked about. Each Thursday I'll drop one of these recaps and power rankings so we all can argue about America's fifth sport. Maybe I'll convince the other guys from No Quitters to do a chat and we'll post the chat like it's the old podcast.

Lolo is a fucking lunatic

We'll get right into the daily challenge, a little something called All Brawl. I actually liked it, the concept of sneak attacks and shit. We'll talk about the actual challenge in a second. But we gotta start with Lolo Jones. Yes, the same Lolo Jones that competed in the Olympics. It's still wild she's on this show, but she fits in perfectly because she's a moron. She got all pissy that Aneesa choked her, which, Lolo, learn how to play the game. It's a physical game. Stop complaining that Aneesa kicked your ass and fight back. It's good to have her there though because she's turning into someone super easy to cheer against. 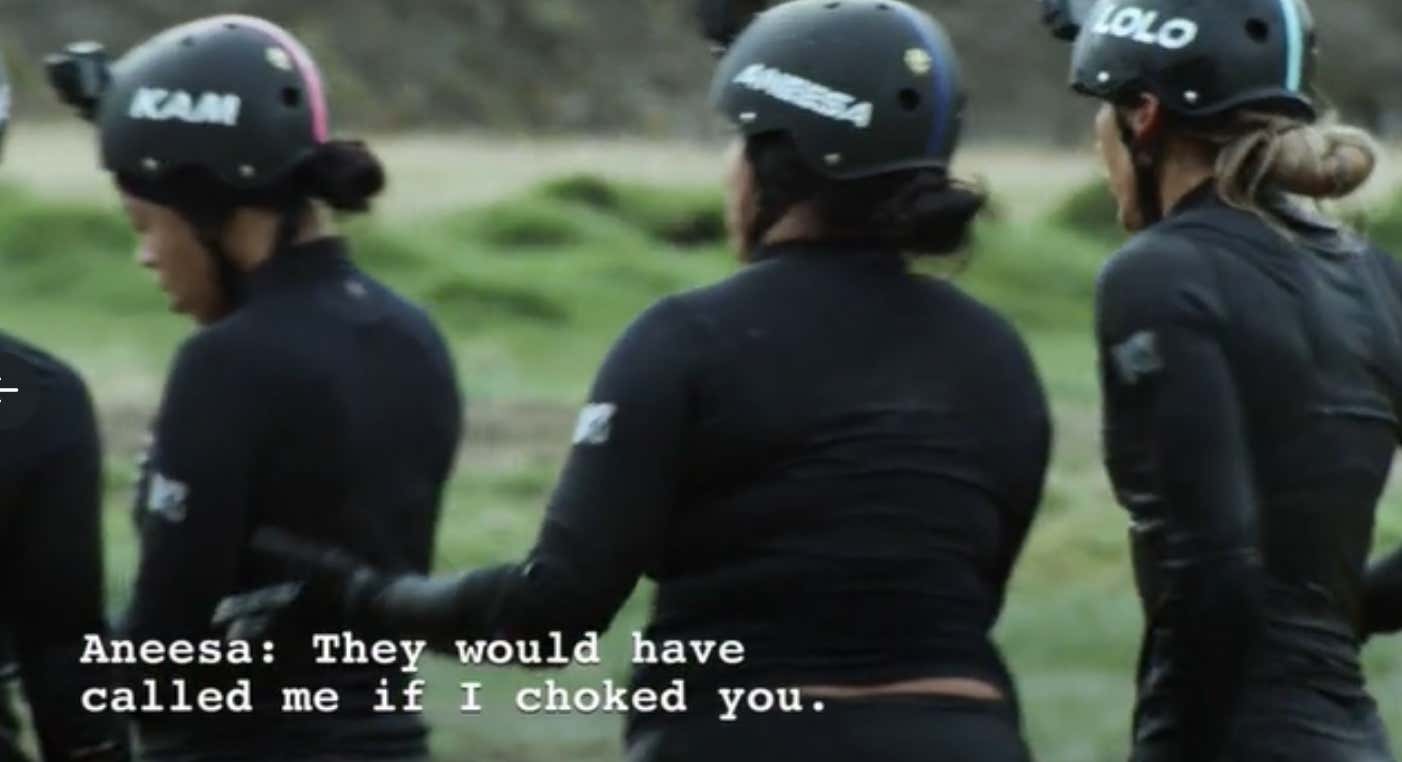 Alright so it was called All Brawl as I mentioned. They had a few different heats, males vs males, females vs females. They had to go into this muddy pit and try to find this relic and then escape out of the pit with it whle everyone tries to tackle/steal it from them. Loved it.

By far the best part was CT. In his heat he was just clearly walking and kicking the relic under the water just toying with Fessy and Josh, because they are leaders with Cory and Nelson of the Stupid Squad. Needless to say Fessy and Josh were outsmarted, which isn't saying much. Fessy was supposed to guard the exit and Josh was guarding the other end of hte pit. They both got bored and distracted, CT won easily. Nam also pulled off the sneak attack and won setting up CT vs Nam for the men's side and Kam vs Gabby on the female side. That eventually led to round 3 which was CT/Big T vs Kam/Kyle. Speaking of CT:

Is it really a rebuilding season

CT sort of threw a fit because he knew Big T had zero chance against Kam making him having zero chance to win. There was only one free gold skull left for the guys and CT kept talking about how they won't vote him in to keep him from winning a skull. It's smart. He also dropped the line that it's a rebuilding season for him, which is laugh out loud funny that he's talking like he's the Knicks.

We got an Amber vs Amber situation

Finally, we got new people getting some screen time. This time it's Amber M vs Amber B. I gotta admit, big fan of Amber M. She does it for me. The biggest key here though is Amber B is paired with Darrell, who is a monster. People don't want to throw them in just to be safe and avoid Darrell. Amber M is with Mechie, who I honestly forget is on the show all the time.

So the backstory is they became 'best friends' (of course) on the show. People are talking about throwing in Amber M and Mechie for the house vote and Amber B wants to go along with it. She asks Kyle to not tell Amber M she's voting for her. Amber M asks Kyle to tell her if Amber B votes for her. Let's check in on Kyle:

Yep, that's the way it should be.

Kyle fucked up though

I don't care that Kyle/Kam are friendly with Nany. That's irrelevant in this sort of season where everyone is playing for themselves. The house voted in Amber M and Mechie, the layup team. So you throw Josh and Nany down there? What's the point? Why give Josh a skull in that situation? I know Kyle wanted to pit Fessy vs Josh, but he just fucked up that scenario. That said, it was all worth watching Josh attempt to throw a ball. That big dumb bitch. Not only is he a big dumb bitch, why is he always crying? Bro it's your first elimination EVER and it was a layup. Shut the fuck up you loser.

What happens to the skulls now

So we're in a weird spot and I'm curious to see what the show does here. All 5 of the guys skulls are filled but there's still Darrell, CT, Nam and Cory on the show. Will they get a chance to steal a skull? Remember there are only 2 female skulls out right now. Just feels way too unbalanced and could make for a shitty couple of episodes coming up.

Amber M is a rogue agent