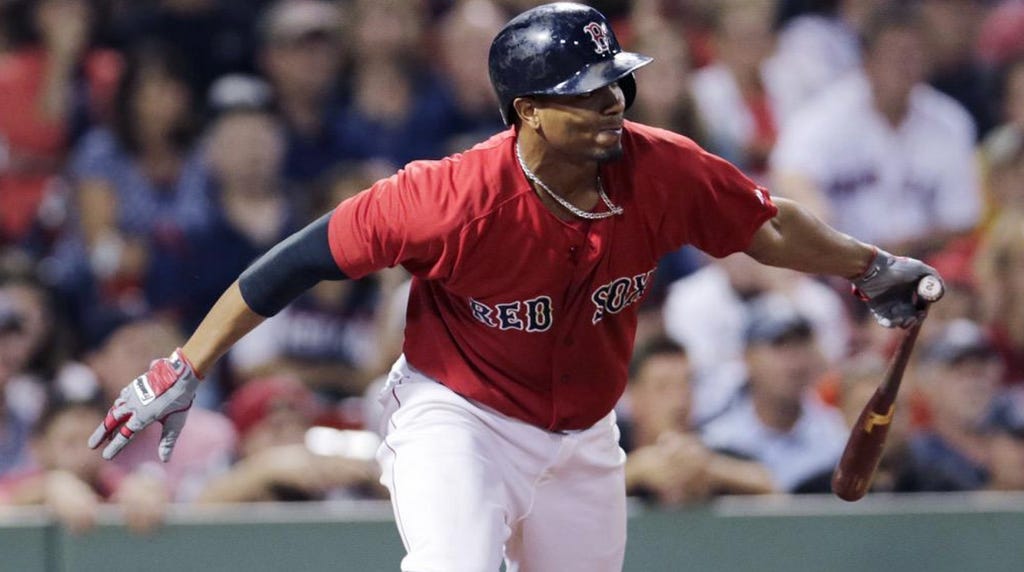 For the first time in two weeks, the Red Sox have won a baseball game. No, I’m serious.

Listen, I know this team sucks, they’re not going anywhere, and the landscape of the team is in complete disarray. Me personally, I don’t even think I smiled when the Red Sox walked off with the win on Friday night. Sure, walk-offs are exciting, and being that it was Xander Bogaerts that drove in the winning run, I should be a little excited, all things considered. But I’m just not. The way the team was built, I knew they weren’t going to contend for a championship this year. I just wanted meaningful baseball games to be played through the summer. A simple request, really.

And it looked like I was going to get my wish there for a hot second before the Red Sox decided to haul off an 8-game losing streak. A sweep of the Yankees before the All Star break gets you 2.5 games back of first place. They were that close to being relevant again. I tried to take the optimistic route, not because I actually believed they were going to make the playoffs, but because who wouldn’t at least root for that? While that wish may be out of reach, here’s what we can root for: the future. And trust me, I know that sounds like bullshit that the Red Sox ownership group would try to feed casual fans to keep tuning in, but it’s true.

The way that Nomar Garciaparra was a spectacle to see in 1997 for the fourth place Red Sox, we are now getting to see that all over again with Bogaerts in 2015. Call the season a wash, but I’m still watching now to see the early stages of a superstar being born. The same can be said for Mookie Betts, who scored the winning run on Friday night. With that walk-off hit, Bogaerts is now hitting .410 with runners in scoring position this year. Since May 6, he’s hitting .390 with 21 RBIs in 31 games at Fenway Park. Make no mistake about it, the Red Sox will contend for a championship during the Bogaerts era, and he will be at the center of any success that they may have.

And I love how the Red Sox are downplaying how active they’re going to be at the trade deadline. It’s the calm before the storm. They know they can’t stand pat or make dinky little moves when they’re about to finish in last place for the third time in four years. While it might be difficult to have faith in Ben Cherington to turn this franchise around in one year, I’m willing to give him the benefit of the doubt, but only because he’s done it before. No, there’s no Punto Trade to be made this year, but they have the pieces to do something big. They’ve tried to think outside the box, implementing different philosophies and strategies that have failed miserably. But if we, the fans, know what they need to do to fix this team, rest assured that they do, too.

Cheap plug: I’m going to be in-studio on the Sports Hub with Chris Gasper and Jim Murray from 11am to noon. Need the Stoolies to call in and talk some Sox and Pedro with me: 617-779-0985.