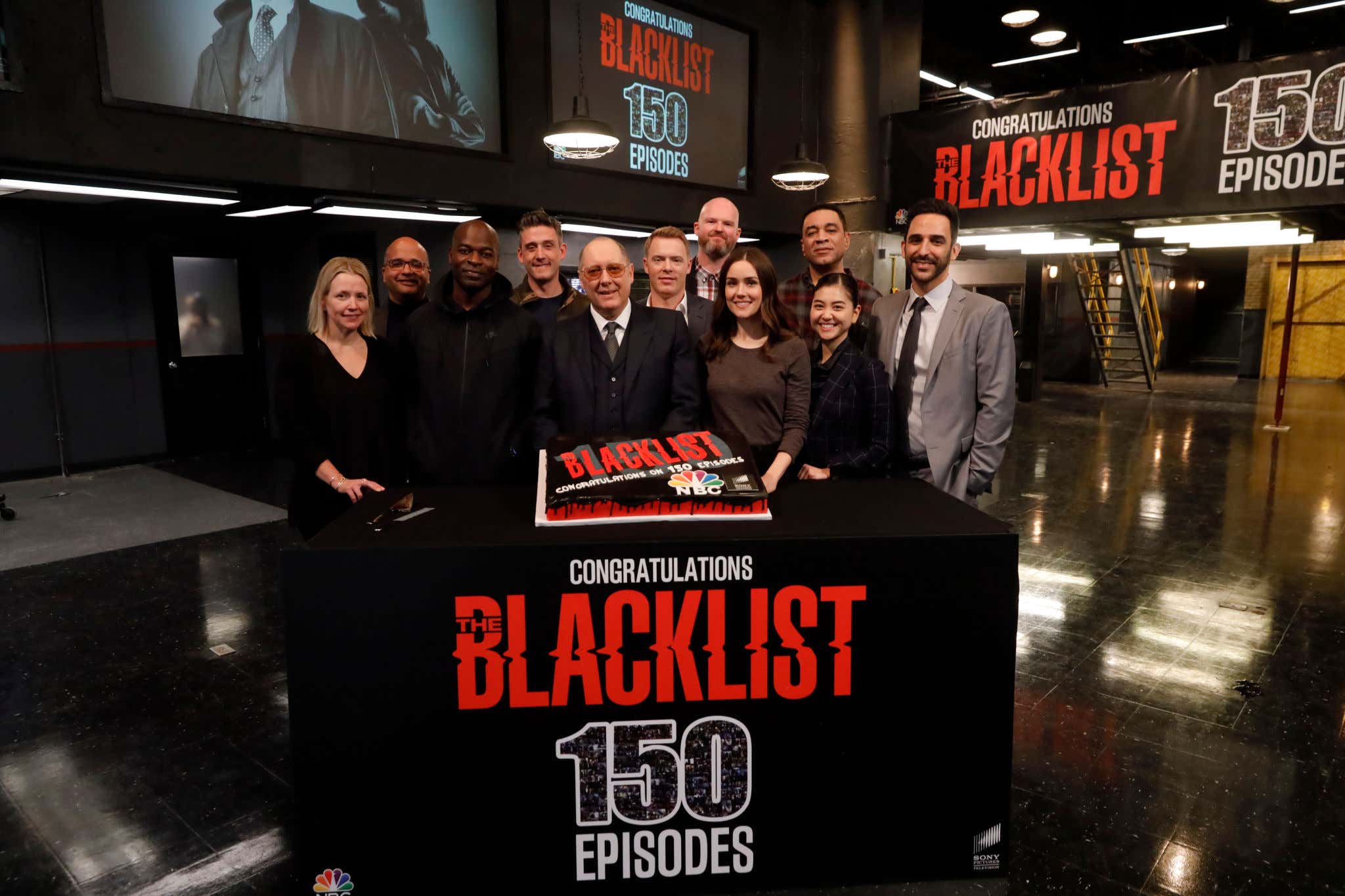 A lot of Americans are focusing their anger on the suits of Wall Street right now. People want jail time for the CEOs of Robinhood and other companies that had a huge role in the bullshit that happened last week. That's all well and good, but those aren't the only people who need to be imprisoned for stealing from the American people. The creators of NBC's "The Blacklist" need to be arrested for stealing years and years of our lives from us.

For those that don't know, The Blacklist is a crime/drama/mystery on NBC. The IMDB description reads: "A new FBI profiler, Elizabeth Keen, has her entire life uprooted when a mysterious criminal, Raymond Reddington, who has eluded capture for decades, turns himself in and insists on speaking only to her."

It premiered in 2013 and is now on its 8th season. James Spader plays Raymond "Red" Reddington, who is an all-time great TV character. Spader is obviously a tremendous actor, and he shines in this role. The start of the series will draw you win. Early on, I was convinced it was one of the best shows on TV. Great characters. Great storylines. Suspense. A key, mysterious underlying storyline that kept you enthralled. You couldn't wait to watch the next episode.

Well that didn't last. I can't remember exactly when things changed because everything blends together at this point. I know at least the first few seasons were good. I think around Season 5 or 6 is where things started to drag and people began getting annoyed. The last couple seasons have been horrible. And it just got renewed for a 9th season which is absolutely stunning and the whole reason I am writing this blog.

So I started watching this show with my dad when I was in high school, and we both still watch it. I remember during Season 6, he told me that it was the last season. So I watched most of the season assuming this was it, and I was pleased. It felt like a good time to end it before dragging it out too much. I'd finally know the real relationship between Red and Liz and I could move on with my life.

Well, I don't know where the hell my dad saw that, but it was just completely not true. Eventually, we saw the headline that Season 7 was on the way and we were stunned. HOW? How they could possibly drag this out another season?!? We needed answers!

But I thought, "Fine." Surely Season 7 would be the last season. They wanted to squeeze out one more season because it performs well with ratings. I get that. But the end of the season aired during the middle of the pandemic and the season finale had to be part graphic finale because of filming restrictions. Surely there was no chance of a Season 8. Wrong Again.

So Season 8 premiered in the fall. It came back for two episodes and then went on hiatus again. It just recently returned with two more new episodes. I'm going to be honest with you. The thought of a Season 9 never even crossed my mind. Seasons 7 and 8 I thought of as a less than 10% chance. I can't tell you what I thought the chances of a ninth season were because my brain never computed it as a possibility. A 0% chance would've been too high. BUT IT'S COMING BACK AGAIN.

It apparently does solid ratings for NBC, so they don't want to see it go. I guess if I'm the network, I don't care how good the show is as long as it's making you money. But if you're the creators and writers of this show? Have a little self respect of God's sake. I know a paycheck's a paycheck, especially at times like this, but I mean COME ON. They have to even be thinking to themselves, "How the hell are we going to make another season???" Most great shows have a clear plan. They know the story they want to tell. They tell it, and they get out. The networks beg for more seasons, but they don't want to risk ruining the product they spent so much time on.

That is clearly NOT the case for The Blacklist. It's the exact opposite. I wouldn't be surprised if you told me that Jon Bokenkamp, show creator, has no idea how this series is ending. He's said in interviews through the years that there's a plan but that's complete bullshit. Whatever they thought the "big secret" between Liz and Red would be in Season 1 is certainly not the same thing they're planning now. It's impossible. They just keep getting renewed and have to keep making things up as they go along. It has completely ruined a once great show.

Reddington is one of the best characters on TV, but Elizabeth Keen is one of the worst. I wish they actually killed her off seasons ago with that fake death. Talk about an ungrateful bitch! Red clearly has spent his whole life trying to protect her, and she is trying to kill him! At the risk of friends and co-workers! She's the biggest villain the show has ever seen! I get she wants to know the secrets and that explains her character's motivations, but it has gone too far. The show didn't need to go to this extreme. And I don't know how they can do another season and a half like this without actually revealing something meaningful instead of the stupid breadcrumbs they've given us for eight seasons now.

But here's the thing: I will never stop watching this show. They firmly have me by the balls like a total sucker. I've invested eight years of my life into this. I cannot give up now. Watching this show is a chore now. Just an absolute grind to get through every episode. But you think I'm going to stop watching and risk the next episode revealing who Red really is? Nope. They can make 20 seasons, and I'll watch every single season. You can say it's sunk cost/time, but at this point I'm not going anywhere. I'll wait it out and keep watching this shitty show until it finally ends and they put us out of our misery. They know that anyone who is still watching will keep watching, so the ratings won't go anywhere.

If you are considering starting to watch it, DON'T DO IT. I am doing you a massive favor. You will enjoy it at first and then end up in the same boat as me. If you are only a few seasons in and don't feel like you've wasted too much time yet, STOP WATCHING NOW. You will thank me later.

For the rest of us suckers stuck watching, Godspeed. We will get through this one day (probably like seven years from now).