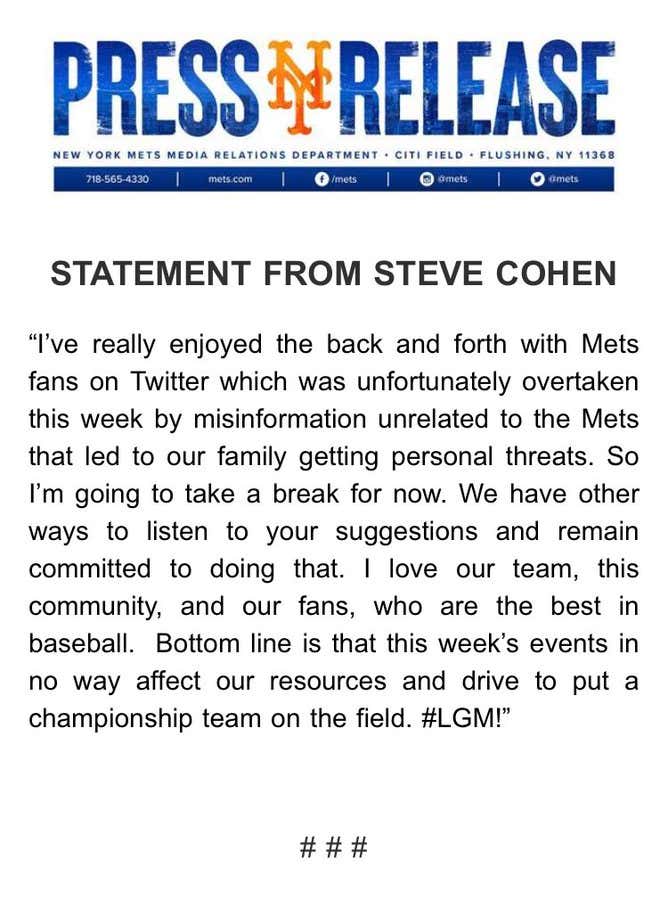 Honestly if you had told me a month ago that Steve Cohen would leave Twitter after a feud involving Gamestop becoming the hottest stock in America, I would have said that 2021 is somehow going to be even crazier than 2020, which to be honest seems to be a real possibility at this point. We are no longer living in Bananaland, we are living on Bananaplanet.

I am not going to try to argue semantics because like most things these days, people are so entrenched in their views on both sides with echo chambers and theories supporting their views, that they will only see what they want to see. That's the case for politics, the stock market, and even people who love or hate Barstool. As far as I can tell, Steve Cohen bailed out a buddy who took a bath in this whole Gamestop situation and his link to this Robinhood nonsense stops there. He denied any wrongdoing when asked point blank about it but people are suspicious due to his involvement helping a protege along with his massive SEC fine years ago.

You guys can #embracedebate about all of this forever if you'd like (make sure to tweet @UncleChaps to let him know your thoughts on all things finance). I will choose to congratulate Steve Cohen for doing what we all wish we could do, which is leave the digital hellscape known as Twitter behind along with completely normal-brained people like this.

I am not even going to include the assholes that tweeted shit at or about his wife and kids. Instead I am just going to go back to not understanding the stock market comfortably in the lower-middle class, hope everyone that does or thinks they do gets rich, and hope my baseball team wins a World Series preferably sooner rather than later. It was nice having an owner of one of my teams that engaged the fans and had fun on Twitter, but clearly Mets fans can't have nice things. At least not until KFC jerks off and jumps off a bridge to make good on his word and cleanse the evil that has been rotting inside this franchise for eons. Then and only then can we embrace our new catchphrase.

Now that the holiday glow has officially worn off, need to get those vaccinations out and the weather to warm up because I think the entire country may collectively lose its mind after another few months cooped up and finally eat itself alive.