It's been quite the week for internet arguments, HoF baseball takes, and Jose Canseco getting in the mix trying to tweet himself out of bankruptcy replying to every possible person on Twitter. From Curt Schilling to ARod to Steve Cohen to Big Cat, NO one has been safe from the wrath of Jose's 56 year old fingers…

This included a barrage of tweets around the Baseball Hall of Fame voting, which lead off with this now deleted take on Curt Schilling being a massive disgrace to the HoF. From there the fireworks began, innocent parties were involved, and Rockets were LAUNCHED…

Jose responded to that with a video of Curt from the 2005 committee hearing on steroids, which he also deleted later. Guilty conscience? Who fucking cares!

Cause that's when Jared Carrabis, unbiased national baseball reporter, aka THE ROCKET chimed in to add this:

Not necessarily an endorsement for Schilling since he can still make the HoF through the Veterans Committee, aka higher chance than the 0.0% Jose has of EVER getting his plums back to full big boy size. But credit to him for a solid jab back:

THANK YOU FOR YOUR SERVICE ROCKET! But that wasn't the end either… As Dallas alluded to above, for some reason Jose thought he was the guy who's been banging his chick lately?

And CALLED him to accuse him of such? What the fucking heck?

Just an incredibly demented interaction overall and although we're not releasing the Jose to Dallas text messages YET I've seen them and can vouch that they are 1) real + 2) Jose is an actually batshit insane person with a desperation level that exceed's even Kenny Powers wildest dreams.

Not sure what that means for Billy Football on February 5th though… with all these "other guys" banging Jose's chick he may be too distracted to focus on the fight… Or will this internal rage + lack of functioning/visible testicles fuel him to the hardest punch a 6'4'' 270 lb man has ever thrown? Only 1 way to find out and that's on BuyRnR.com NEXT FRIDAY NIGHT

PPV goes on sale 2/5 at midnight 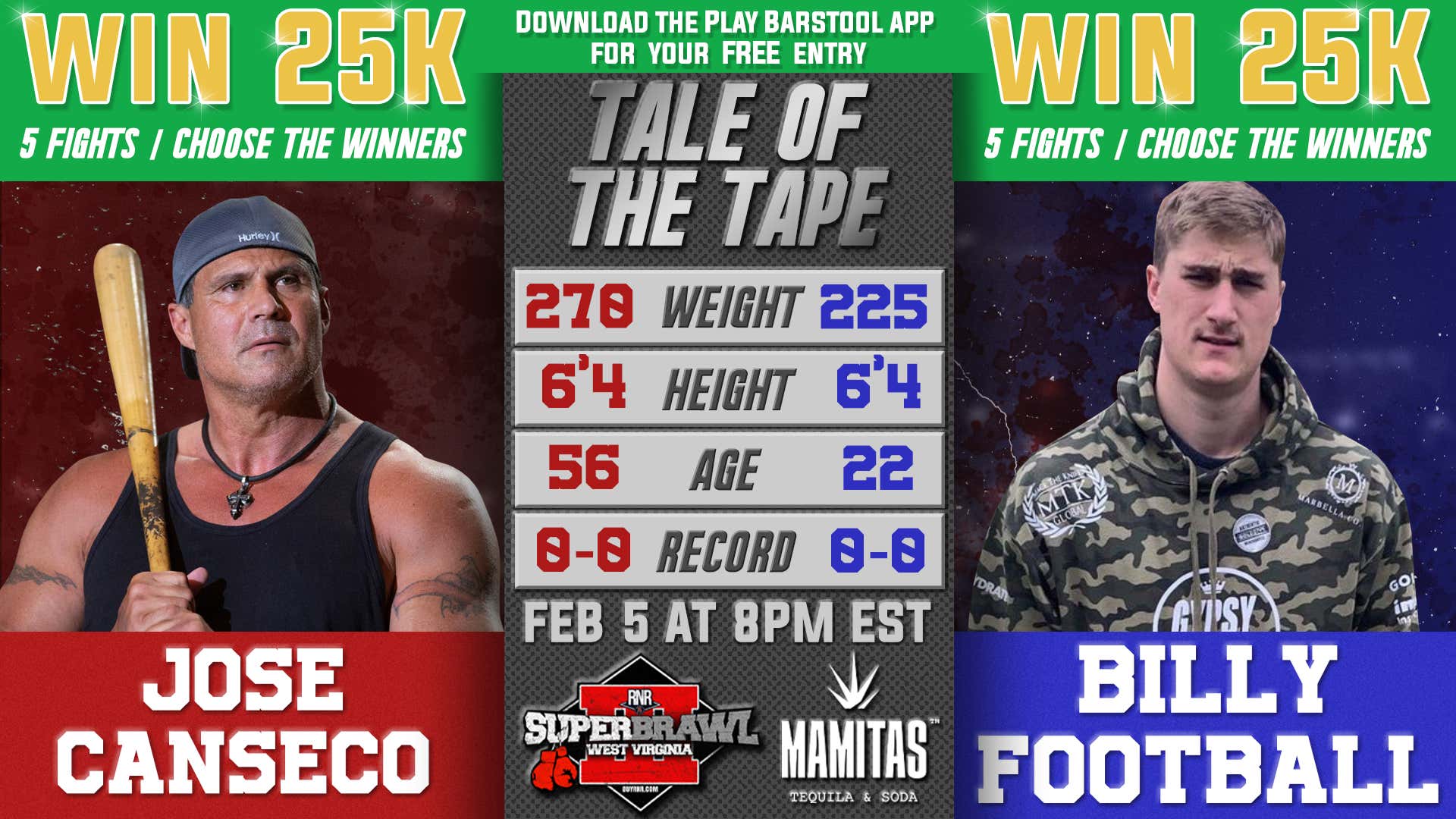 PS: Yo Jose I think I found the guy you're supposed to be calling instead of Dallas Braden (only 1 of 23 humans to throw a perfect game in the MLB) tweet at him publicly more that'll work!