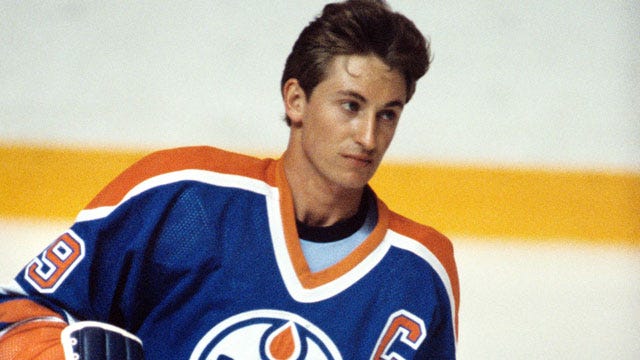 (People Magazine/Reddit)–His tastes, in fact, are as basic as the steak and potatoes he devours before games. He enjoys going to Toronto Blue Jay baseball games incognito, and is a shameless soap opera fan whenever he travels. Occasionally he pigs out on junk food. “I play best on four hot dogs with mustard and onions,” he jokes. “People ask me what’s my secret on ice? Bad breath.”

In between periods Gretzky would drink: a diet coke, a glass of ice water, and a gatorade in succession. It wasn’t uncommon for him to drink another diet coke after all of it. 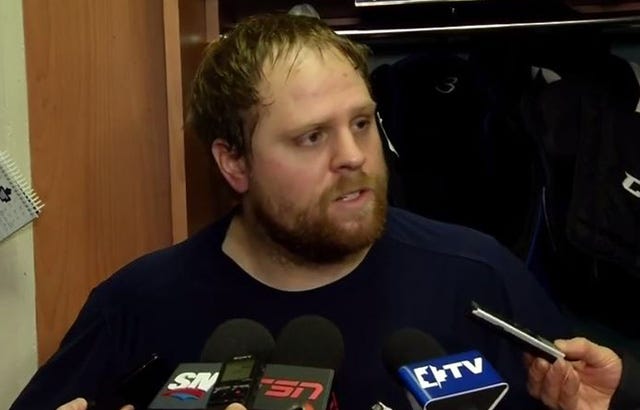 (Previous Kessel Story)–he hot dog vendor who parks daily at Front and John Sts. just lost his most reliable customer. Almost every afternoon at 2:30 p.m., often wearing a toque, Phil Kessel would wander from his neighbourhood condominium to consume his daily snack.

Poor, poor Phil Kessel. A truly great athlete born 60 years too late. Sports fans always wonder/debate about how the greats from other generations would fair against today’s athletes. Well Phil Kessel takes all the guess work out of it. Gretzky openly ate FOUR hot dogs before every game and he had the greatest career ever. He’s Canadian national hero. Kessel would sneak one hot dog a day and is the most vilified athlete in Canada. They ran him out of Toronto because he ate the same way as The Great One and doesn’t believe in exercise. I think it’s safe to assume that if Kessel entered the NHL in 1979 he’d have about 3000 goals, 10k hot dogs, and a statue in Toronto. He’s not lazy, he’s just an old soul. #IamPhilKessel