I’ll be honest with you: I have no clue what a One America News Network (which seems to be missing an N on the end of the acronym) or a Tomi Lahren is but I like it a lot. Not because I have some strong kinship with what she’s saying — yes, I agree we should not want people to die at the hands of radicals, hot take city — but because this is TREMENDOUS presentation. She could have been saying verbatim “Race traitor Chris Spags of Barstool Sports DOT Com has a small dick and is a probable CLOSETED HOMOSEXUAL” and as long as she made this look: 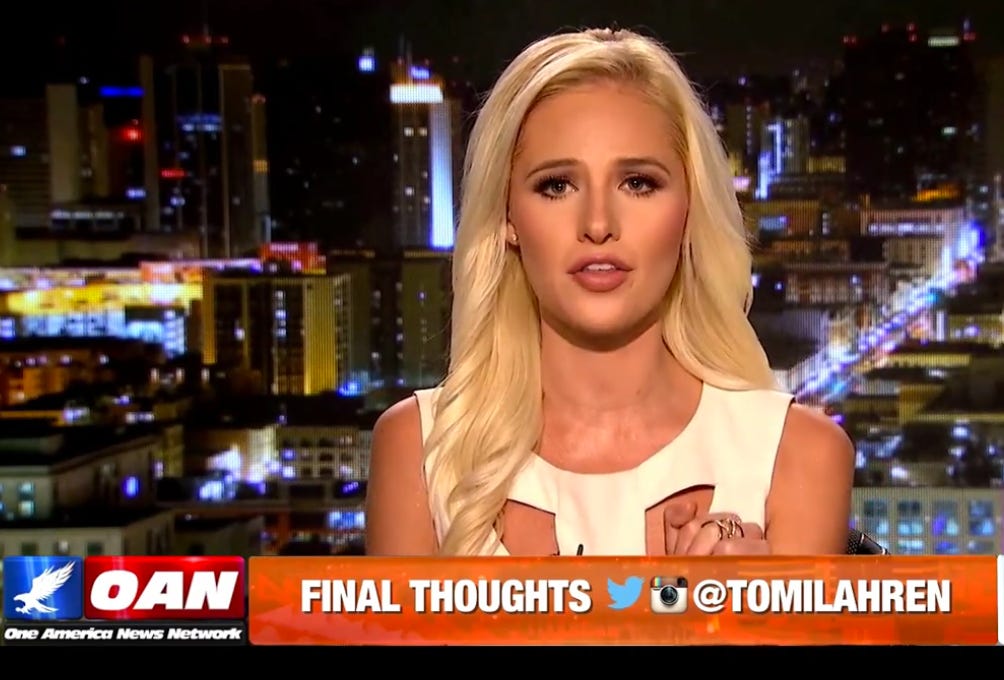 Or especially this one with the finger point to the screen: 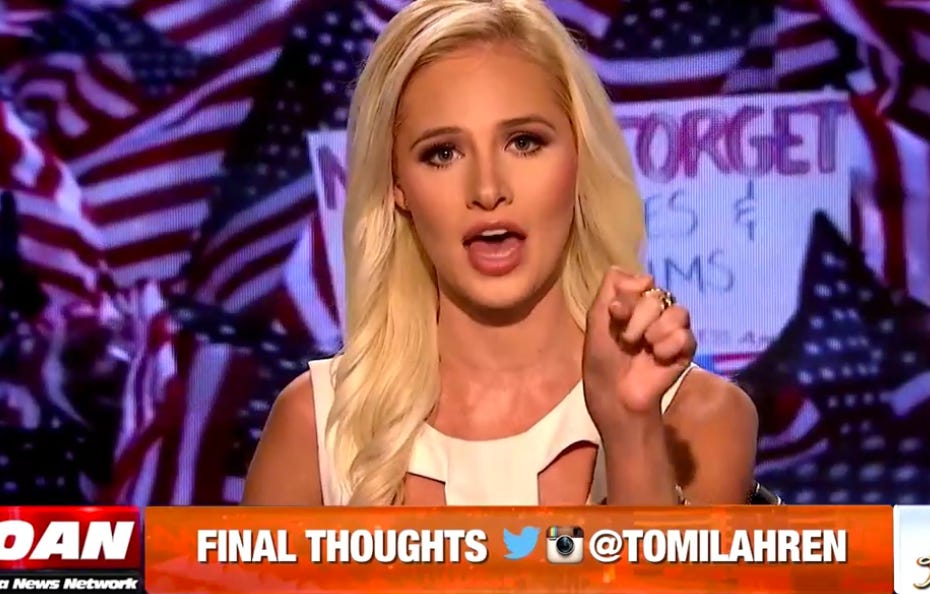 And I’d say 1) “Fair point ma’am, please do go on” and 2) “What’s your Barstool commenter handle?” I’m sure the super liberal internet will light her up all day today and think they’re doing something good but I’ve never seen something so obviously overly-scripted and deliberate troll bait as this, almost to the degree of some HBO’s Newsroom real-life parody. And I’m fine with that. Say whatever horrendous shit you want, that’s your right, but just give me a better presentation than some white dude with a Twitter egg avatar caps locking away about President Obama like OAN(N) and Tomi Lahren did here. That’s how you reach compromise. Presuming Fox News hasn’t already signed her to a Dez Bryant deal the second this video was uploaded.

PS I’m honestly pretty disappointed with her Instagram though. Show Obama what’s up with a pointedly captioned bikini pic, I say: