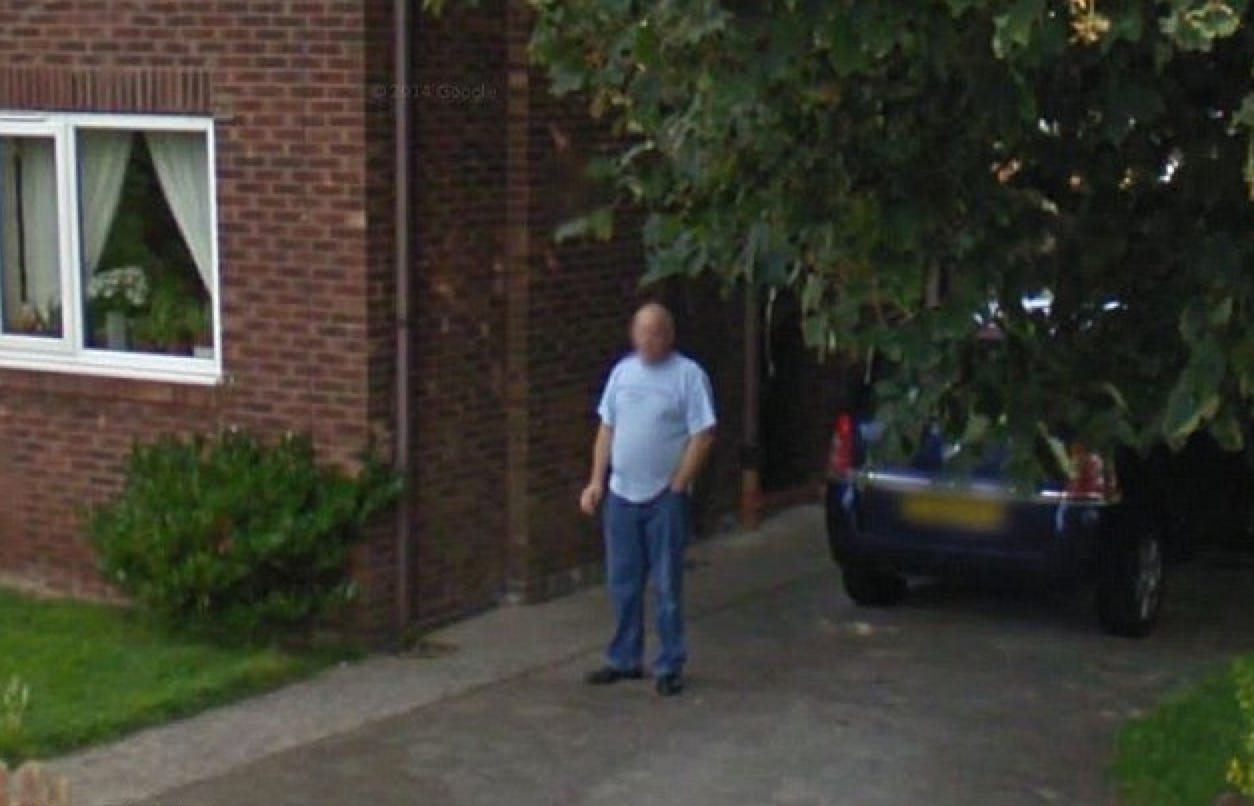 Daily Mail- A man who vowed to give up smoking has been caught out after his wife spotted him having a secret cigarette on Google Street View. Donny Ryding from Leasowe, Merseyside, had been warned by doctors to quit smoking and to adopt a healthy diet after suffering from a heart attack. The taxi driver promised his wife Julie he would kick the habit but he was still enjoying cigarettes in secret behind her back. But Mr Ryding, was rumbled when he was captured outside his home having a crafty cigarette by one of the Google Street View cameras after his wife suspected he wasn’t keeping to his healthy lifestyle. Mrs Ryding said: ‘He’d been told to give up smoking and to stop eating unhealthy foods after he had a heart attack. ‘When I checked it online I couldn’t believe it – there was no denying it now we’d seen it.’ Although the incriminating picture has now been removed from Street View, and replaced with an more up to date version, it can still be accessed on Google Maps.

I was all set to call this old guy an idiot, embed the “What an idiot!” Will Ferrell clip from Wedding Crashers and be done with it.  Because if you’ve ever seen one of those Google Earth camera cars then you know you can see them coming from a mile away.  They drive slow as as shit and, oh yeah, they have a GIANT camera attached to their roof snapping a million pictures.  Meaning that if that old guy saw the Google Earth car while he was smoking and didn’t dive into the bushes then that’s on him.  But then I remembered something.  He’s an old guy.  Old guys don’t know what the fuck the Google Earth car is.  You might as well be speaking Mandarin to them.  I know this because my Dad is an old guy.  Any time I’m about to make fun of somebody for not understanding technology I ask myself if my Dad would understand what it is.  Would he know what a Google Earth car is?  Fuuuuuuuck no.  He’s an Old Guy.  He smokes cigars and works with his hands and could kill a man with his bare hands.  He doesn’t know what the fuck Google Earth is.  We would have to have a 35 minute conversation breaking it down and me bringing it up on my phone.  So that guy who got sniped smoking right in front of his house by a giant car with cameras on it gets a pass.  He didn’t know.  He just wanted to burn one because of his bitch of a wife made him stop eating junk food.

PS- The article says that guy’s wife wanted him to stop smoking AND eating junk food. Stop being so selfish lady.  Pick one or the other, not both.  Stop ruining the guy’s life by taking way everything he loves.  And you wonder why the guy needs a cigarette.