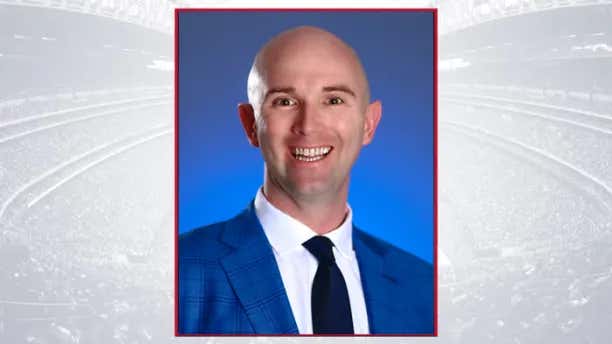 It's been a busy few days for Texans VP Jack Easterby, the man who used to be on the Patriots payroll as the team's spiritual adviser who now "manages all football operations and directs the overall culture of the organization" (his description of the job, not mine) in Houston. First he finally succeeded in stealing player personnel guy Nick Caserio away from the Patriots. Prompting this now-deleted Tweet an hour later:

Followed almost immediately by rumors that Deshaun Watson wants to be traded. And then this Tweet, from the best offensive player the Texans have ever had:

And in the latest update of this ongoing saga, there is at least some reason to believe the man responsible for it all is getting some online support from … himself.

Easterby hasn't been getting all that much support online. But a fair amount of what he has gotten is coming from the same source. Jesus Lover @J482387J has not only been all in on supporting his Lord & Savior, but Jack Easterby as well. And he doesn't care who knows it.

Even when it comes to Easterby firing Amy Palcic, the universally respected Texans PR director who had won the 2017 Rozelle Award. Virtually anyone who weighed in on the firing was on Palcic's side and said it was a scumbag move by Easterby. But our man Jesus Lover will not hear of such talk:

It's been said that part of the reason His Holiness has been firing people goes back to that "culture" thing mentioned in his job description. Which has been interpreted to mean politics. That people in the organization have been sacked for not backing the same presidential horse management wanted them to. So were does Jesus Lover stand? If the rumors are true, he's politically aligned with Easterby as well:

Which might not mean anything. After all, Trump carried Texas by a wide margin. But it's not a disqualifier, either. This is a little more suspect, however:

To be fair, Jesus Lover has denied he's Jack Easterby:

And Lord knows men of God would never pretend to be someone they are not because that would be bearing false witness against thy neighbor. I'm while I'm not the biblical scholar either man is, I'm nevertheless fairly sure the Commandments didn't make an exception for social media. And the God of Abraham who delivered them unto Moses has more power than Jack Dorsey. So morality requires us to believe what Jesus Lover @J482387J says. He's not Jack Easterby. It's just an uncanny coincidence that he started his account in the last two weeks. That the majority of his Tweets are defending this one guy and retweets of Tom Brady posts. That  he's aware of the inner working of the Texans organization. And that he, like VP he has so much support for, share the same religious and political views.

Could happen to anyone, I suppose. But while we wait for Jesus Lover's next post, I defy you to find anyone else on the internet taking his hero's side as the Texans get destroyed from within.