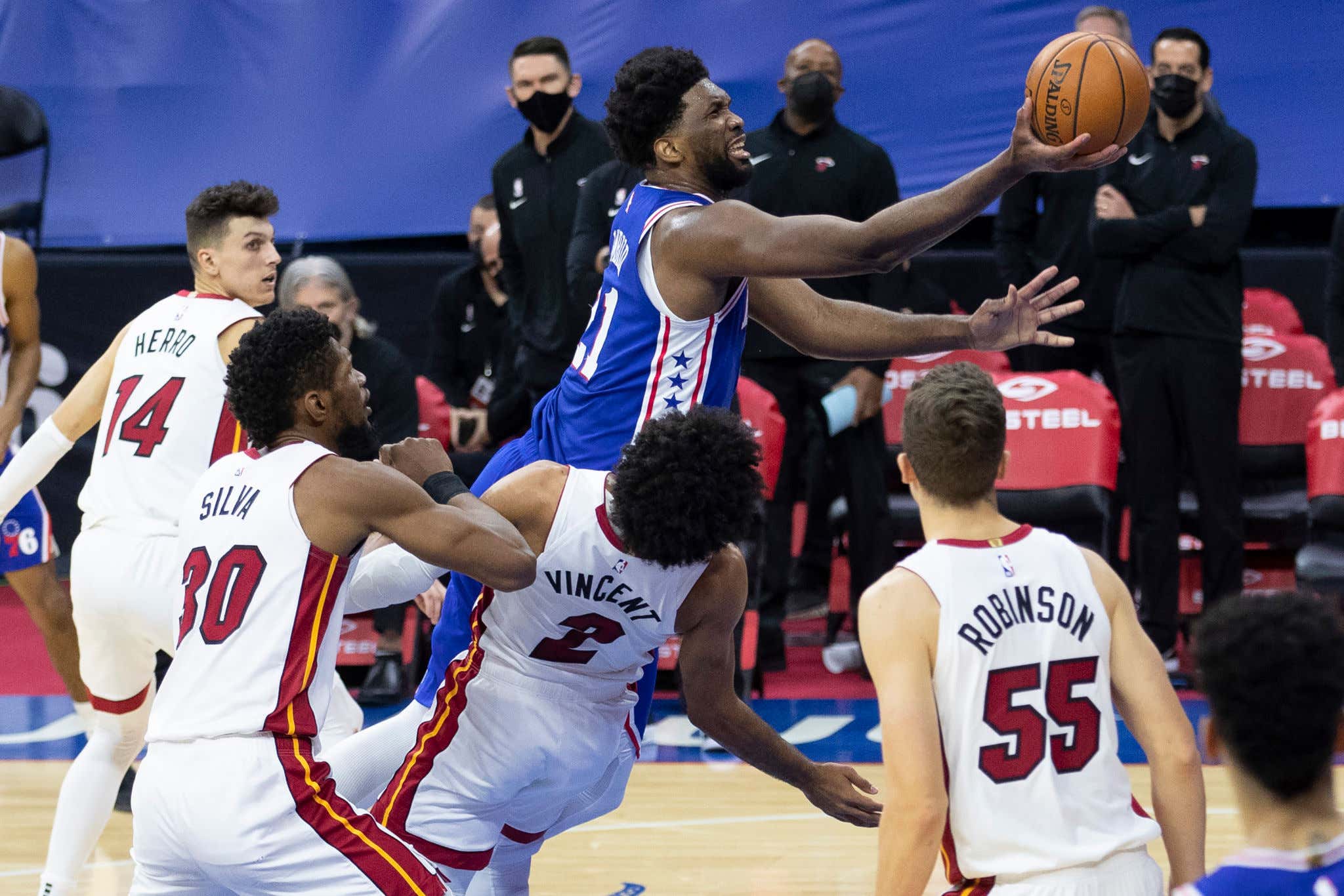 I seem to recall a warning explicitly stating that the NBA would rue the day they crossed Joel Embiid. For continuing to postpone Celtics games due to COVID, while simultaneously telling the Sixers to fuck off and deal with it.

Well, folks, it didn't take long for Joel Embiid to make good on his threat. Because if you're going to keep making this team play, then the only option he has left is to fuck shit up. The Miami Heat are just the first of many who will be on the receiving end of these dick kickings.

45 points. 16 rebounds. 5 steals. 4 assists. 1 overtime forcing jumper. And out there doing shit like this along the way.

Do you think Joel Embiid wants to be dominating teams like this? Do you think MVPiid enjoys going full Thanos and decimating everybody in his path? Well, probably. But of course not. It wasn't his decision to make, though. The blood is on the hands of Adam Silver and Adam Silver alone.

Sidenote: Ben Simmons for Bradley Beal. Get him outta here.

Also--who is Dakota Mathias and why is he the most clutch shooter in the NBA?