NY Times - Stefan Thomas, a German-born programmer living in San Francisco, has two guesses left to figure out a password that is worth, as of this week, about $220 million.

The password will let him unlock a small hard drive, known as an IronKey, which contains the private keys to a digital wallet that holds 7,002 Bitcoin. While the price of Bitcoin dropped sharply on Monday, it is still up more than 50 percent from just a month ago when it passed its previous all-time high around $20,000.

The problem is that Mr. Thomas years ago lost the paper where he wrote down the password for his IronKey, which gives users 10 guesses before it seizes up and encrypts its contents forever. He has since tried eight of his most commonly used password formulations — to no avail.

“I would just lay in bed and think about it,” Mr. Thomas said. “Then I would go to the computer with some new strategy, and it wouldn’t work, and I would be desperate again.”

I cannot imagine. I simply cannot imagine a fate worse than this. When I can't log into a website as it is right now, I figure I just will never log in again. When they want me to do 2-Factor Authentication I click out so fast you wouldn't know what hit you. I have not a clue what any of my passwords are anymore- some websites make you put capital letters and exclamation points now, it's just a big ol' mess. If my memory is this bad at 32, I cannot imagine how much it will have regressed by 40. So if I had $220 million in Bitcoin stuck behind a password that I couldn't figure out, I think I'd just end it right there. I don't know if there are any other options.

This guy Stefan Thomas, what can he do? He's tried 8 combos of his favorite passwords to no avail. Bitcoin doesn't offer a "forgot your password" option. You either got it or you don't. And unlike my password problems which temporarily stop me from ordering on the Starbucks App or stalking ex-girlfriends from burner IG accounts, his password problem is holding him back from getting to over 7,000 bitcoins, which as of this sentence are worth $245,000,000. YIKES.

So while some people are getting super rich off BTC, don't forget about the others. The guy who paid 10,000 BTC for 2 pizzas back in 2010.

The guy from yesterday who turned down what is now over $2 billion worth of bitcoin for a $13 million house.

Or the guy who wanted to buy it at $550 but was too lazy to figure out how. 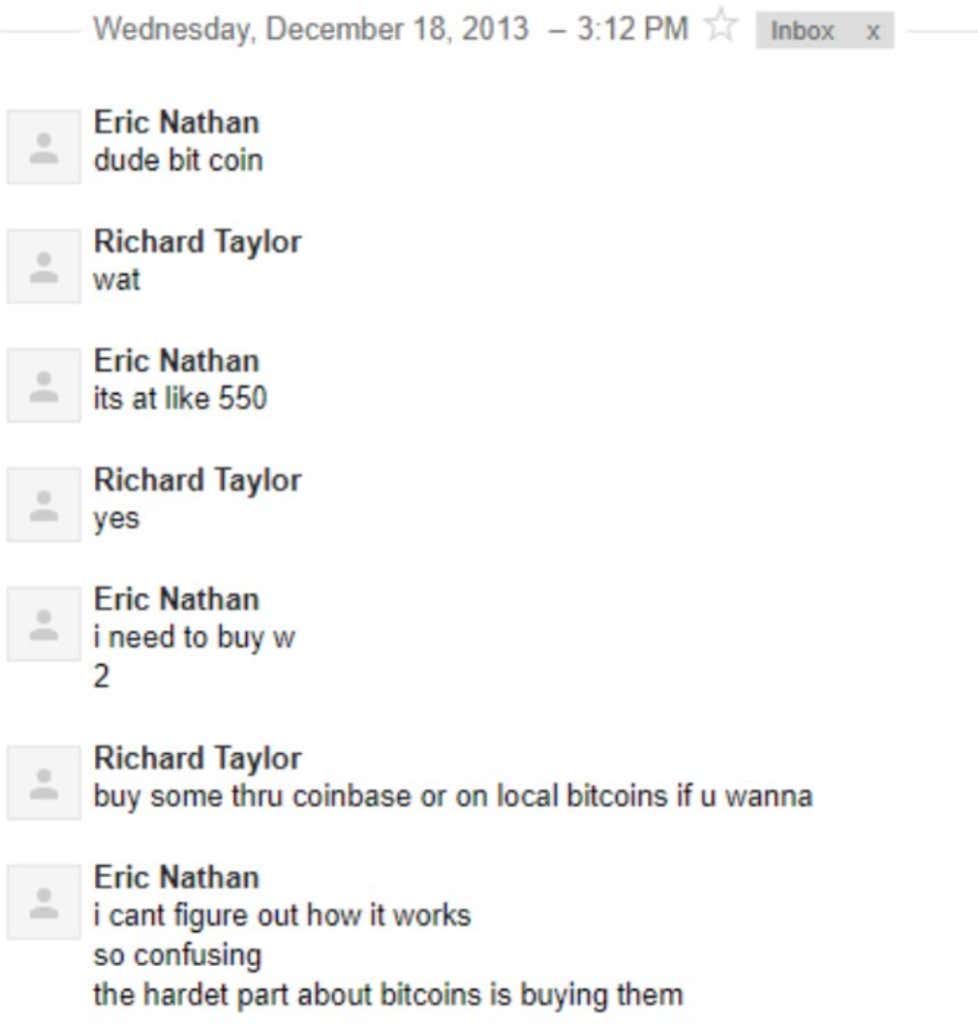 But the grass is always greener, my friends. At least I don't have $240 million locked away in an internet vault that I can't get to. That sounds like my worst nightmare.