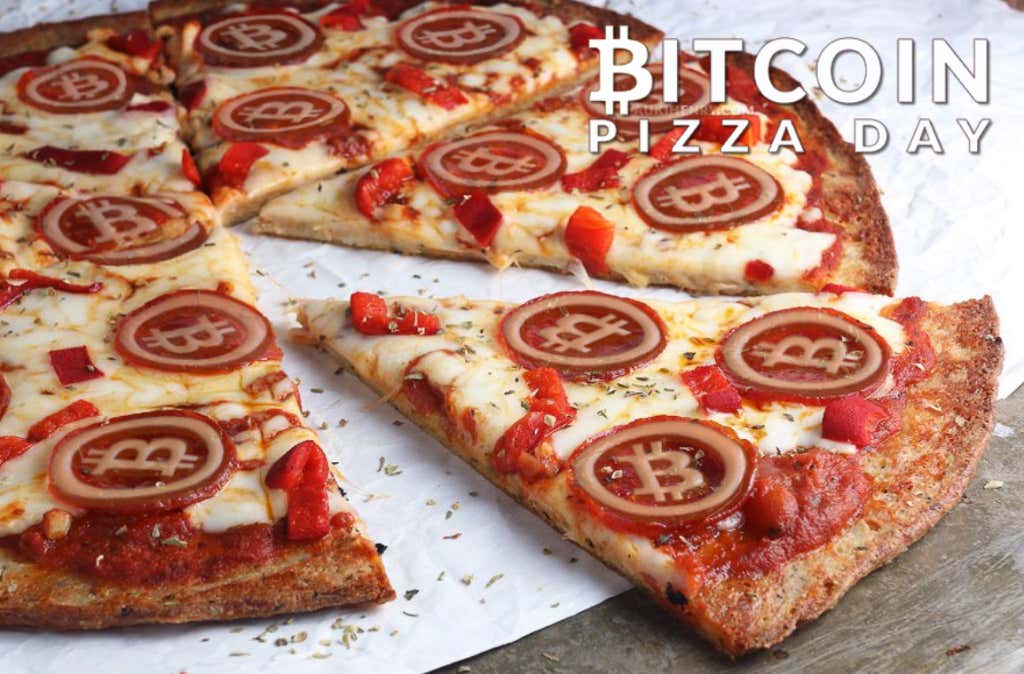 The digital currency has come a long way since 2010, when the purchase of the two Papa John’s pizzas by Laszlo Hanyecz from another bitcoin enthusiast marked what is believed to be the first “real-world” bitcoin transaction.

“I’ll pay 10,000 bitcoins for a couple of pizzas.. like maybe 2 large ones so I have some left over for the next day. I like having left over pizza to nibble on later. You can make the pizza yourself and bring it to my house or order it for me from a delivery place, but what I’m aiming for is getting food delivered in exchange for bitcoins where I don’t have to order or prepare it myself, kind of like ordering a ‘breakfast platter’ at a hotel or something, they just bring you something to eat and you’re happy!

“If you’re interested please let me know and we can work out a deal.”

Ten thousand coins were then worth about $40 (£30). A British user agreed to buy the pizza for him, and even at the time the buyer got a good deal out of it: The person paid only $25 (£19) for the two pizzas.

“It wasn’t like Bitcoins had any value back then, so the idea of trading them for a pizza was incredibly cool,” Hanyecz told The New York Times in 2013. “No one knew it was going to get so big.”

It’s been quite a year for Bitcoin, fellas. I recently chronicled my journey through Bitcoin, starting in 2013 when I wanted to buy in at 550….and didn’t. Then when it was at 800…and I didn’t. And even when I blogged about it when it was at 4200, and I still didn’t! But some people out there did buy in early, and often, and after this past year are super, filthy rich. I mean, a 1,362% return on your investment in one year is simply unheard of. You could buy a planet in a neighboring solar system and then start building condominiums and not see that type of return, and it’s not because the real estate market on that planet is down, it’s because what BTC is doing is so ridiculous.

Now before I go on, I want to touch on some of the questions and comments the haters and losers (all of whom are too poor, dumb, or naive to invest in Crypto) have said over the last year.

1) The question that most people ask is “why is it worth anything?” And the answer, put as simply as possible, could be in the form of this question- “why is anything worth anything?” Value is given based on what we give it. A diamond is only worth a lot because we decided one day diamonds are pretty and bigger and shinier ones should be worth more. It doesn’t have value until we assign it value. Same with another commodity that Bitcoin often gets compared to- gold. When you invest in gold, you don’t hold the gold in your hand. There’s a finite amount out there, and the price fluctuates based on supply and demand. And same with BTC. People want it, so the price goes up. It also has real-world uses, obviously, but I’m trying to keep it simple.

2) The word “bubble” also gets thrown around a lot. Just because something is rapidly increasing in value doesn’t necessarily make it a “bubble”. It’s a buzz word meant to scare people, often used by those who either stand to profit financially from the other side of the bubble, or never got in and now are trying to downplay it. There, of course, is a chance this whole thing crashes and burns. But let me tell you, folks: it will have been worth this roller coaster ride. This is like getting in on the 1849 Gold Rush on the ground floor. Stumbling into California and finding gold nuggets the size of your head. That’s what people who got into BTC (and other cryptos) early feel like. I mean literally a year ago it was at $734, and today it’s bouncing between $10-11k. It’s unbelievable.

I obviously cannot recommend anyone do anything, and I am not a finance guy in the least. But I’m riding this roller coaster to the very end. Get rich or die trying. 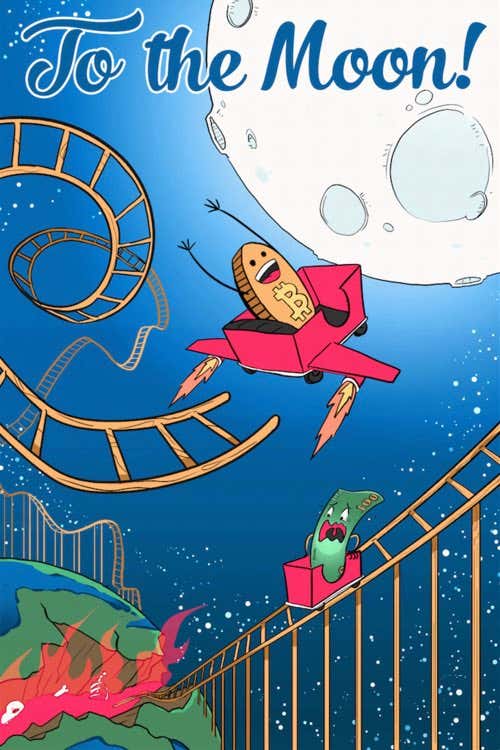