Business Insider dropped this video about this hellish electrocution hat that forces truck drivers to stay awake via some sort of cattle prod type system. Truly dystopian shit. The internet got all riled up about "capitalism" or something, I don't know. But as per usual everyone missed the point. Buried within this video was the most horrifying statistic these eyes have ever seen. 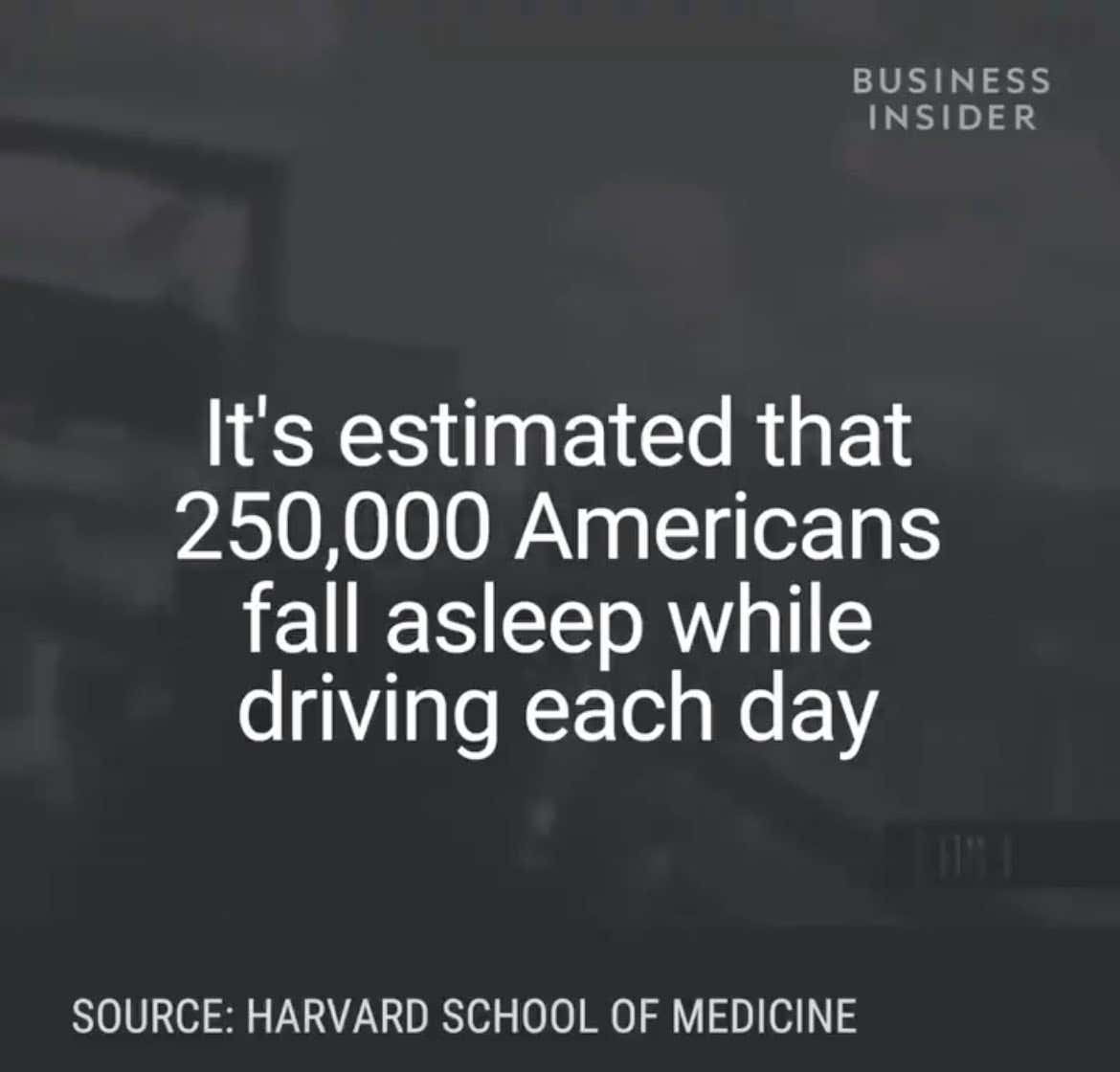 I'm not one to call the Harvard School of Medicine a liar but this cannot be true. It just cannot. My faith in humanity as a whole is already so low, please do not take the remaining shreds of hope from me like this. That's so many people taking a quick snooze every single day while OPERATING A MOTOR VEHICLE. Then you add in the millions of people texting and driving and it turns out there's about six of us actually looking at the road in front of us while driving around two ton steel death traps.

The entire license industry is one of our largest scams. You take one test when you're a half-brain 16-year old and then you have tenure like a Supreme Court Justice. Sure, you have to renew your license every so often, they make you read a chart to make sure you know what letters are, but that's it. Not a lot of heavy prying. It's madness. No one is good at driving. I'm sure there used to be fine drivers back when doctors were pro-cigarette, but the second texting was invented driving should have been made extremely illegal the same day.

No one seems to truly grasp the severity of the situation out there. I've been in two car accidents. Once, for driving through a green light and promptly getting t-boned by someone speeding through the hardest red light you ever did see. The other time I was stopped at a red light for a real world 10 seconds before some old bag rear ended me at full speed on Route 9. Even the simplest of tasks, such as stopping at red lights, can end in disaster all because people aren't smart enough to pay attention. I don't think there's an area of life that makes me angrier on a more consistent basis than driving. And now I find out a QUARTER MILLION of you are literally asleep??? What the fuck guys. Clean it up. Get your head in the game out there.