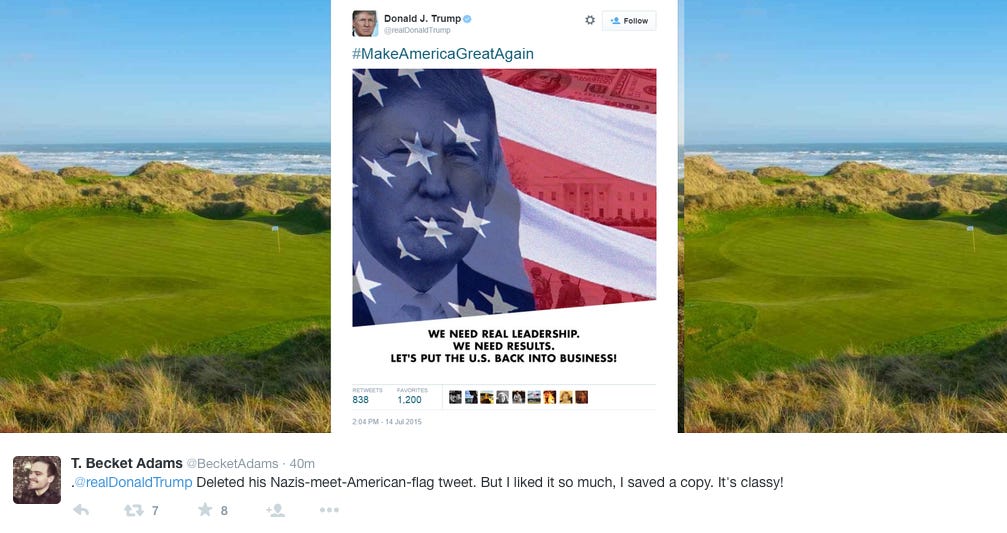 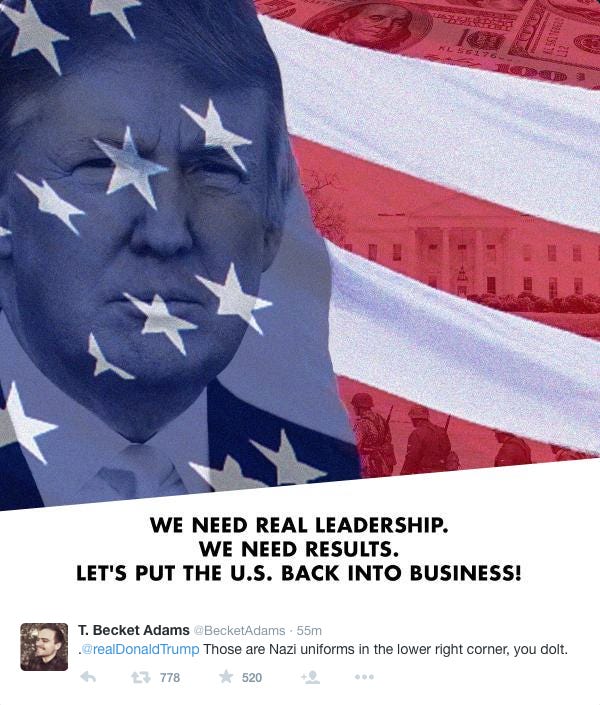 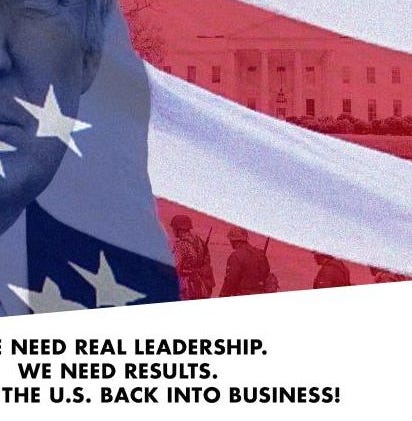 Welp, we tried Don, we tried. Make America Great Again, and make sure you put some pictures of our troops on it, yeah doesn’t matter which one, just throw any troops up there, no one will ever notice, it will be totally fine, not like the internet is good at catching these things right?

Between this and El Chapo calling Big Don a milkshitter, can’t say this has been a great week for Trump. Then again, isn’t this the exact point of his campaign? It’s not actually about politics or wanting to run for President. It’s a sideshow of weird comments, awful hair, ransoms from cartels, and Nazi’s on promotional flyers. If told me that Donald Trump would have his life threatened by the world’s largest drug dealer in the same week he used Nazi soldiers as an example of great leadership I’d say things are going exactly according to plan.