Any time you wake up and see the entire internet talking about a player whose season is very much over, it's rarely a good sign. You know he can't be traded right now. He was hurt all year, so maybe he had a setback in rehab? Did he retire? Right now I'd bet money he wishes he had a setback or retired rather than allegedly, publicly threaten his girl to get an abortion. 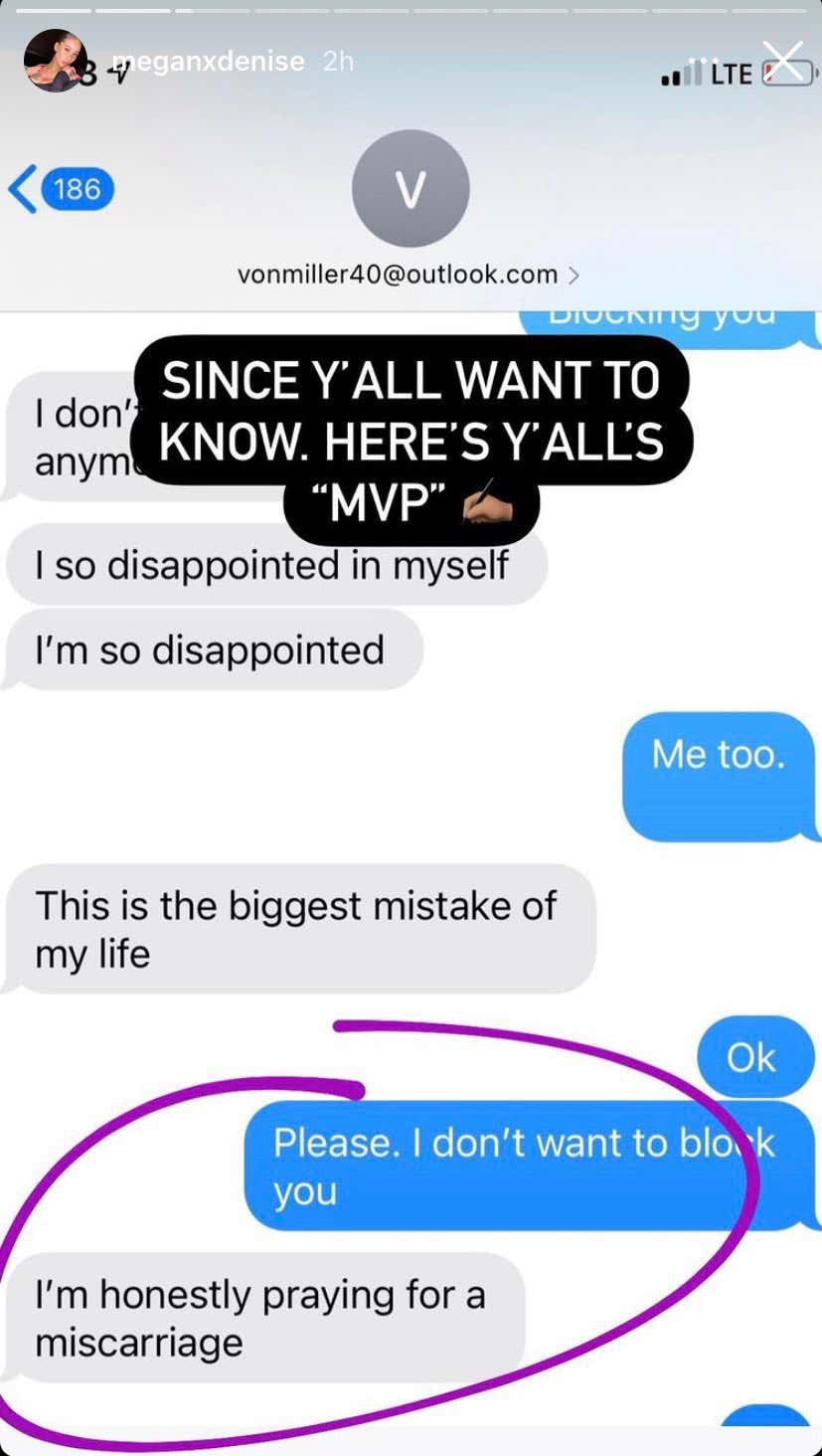 "I'm honestly praying for a miscarriage" is about as scummy a sentence as you can write to another human being. I don't care how much CTE you've got going on. That shit is pathetic. 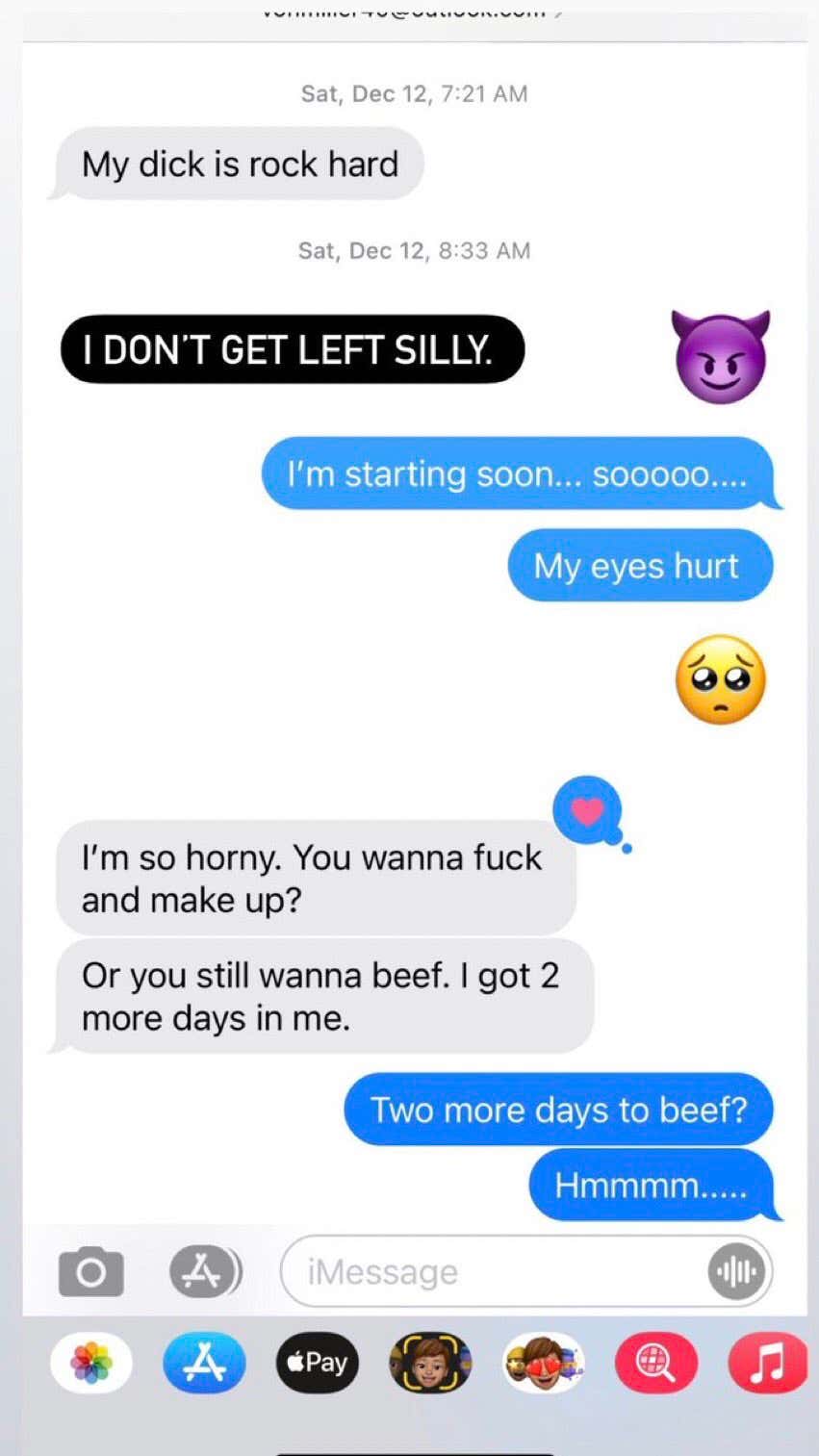 Megan Denise has no need for H&R Block. Doesn't even download Turbo Tax. She keeps her receipts alphabetized and in pristine condition. Von (allegedly) went from publicly calling his shot like Babe Ruth to hitting a home run on the next pitch to dead center and immediately begging the umpire to rule it foul.

Maybe Von can calm down, apologize and reassess how he talks to the woman allegedly carrying his seed after a nice, relaxing game of 8 Ball.