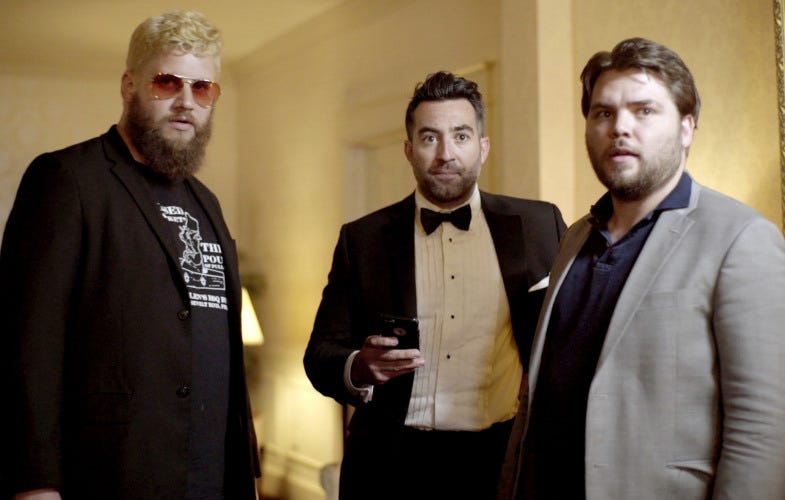 CC – Three best friends from a rough blue-collar neighborhood in Philadelphia struggle to avoid trouble and make a name for themselves in a city where the odds are stacked against them.

Well I guess you can count this as a “n-word we made it” moment for all the wonderful residents of the beautiful Delaware County, Pennsylvania. And yes, to let the cat out of the bag, I am a proud Delconian. I know, cue the “that explains why you suck so much and can’t read or write” comments. Whatever. Because in true Delco fashion, I don’t give a damn what any of yous has to say. Does MontCo have a show on Comedy Central? Ha, good one. Does ChesCo have a show on Comedy Central? Didn’t think so. Being from Delco, I realize my people are easy targets for all you outsiders. What we may consider to be blue-collar, others will erroneously deem “scummy”. Sure, maybe wearing Timberland boots with a pair of cargo shorts isn’t socially acceptable behavior in other areas in the world. But here in Delco, that’s just your Sunday’s finest. We live off of Wawa and Charlie’s Hamburgers. And while the yuppies in the world are busy getting pulled over for broken headlights in Avalon for the summer, we enjoy a much less bougie scene in Sea Isle.

From the looks of it, Delco Proper is probably going to have a bunch of shades on Always Sunny in it. Painting Delco in a bad light but it’s all good because the actors themselves are from the area. And in case you recognize these guys look a little familiar but can’t remember where you saw them, these are the guys who brought us “The Real Househusbands of Philadelphia”. You can stream the show online at ComedyCentral.com starting today. And just keep in mind that Comedy Central ran Mind of Mencia for 4 seasons. So no matter what, Delco Proper won’t be the worst show the network has ever carried.

[Editor’s Note: Tommy Pope, John McKeever and Tim Butterfly are no joke. They’ve been dominating the local stand-up and comedy scene for years and all three have that “It” factor. What “It” is I don’t know because I sure as shit don’t have it, but expect real big things out of these guys who have already brought you the Pat Burrell, Real Househusbands and Samesies videos.]

Update – The first episode of Delco Proper is out and here it is in all it’s glory.

Pretty funny stuff. Definitely wasn’t expecting these episodes to only be 6 minutes long but to be honest, it’s probably better that way. Less is more. And let he who has never tried to pull some tail at a funeral cast the first stone here. A funeral in Delco is basically just the same thing as a mixer.