Our Barstool Fantasy Football League wrapped up this weekend with an ass-kick from Team Chicago over Tommy, Frankie, & Trysta... 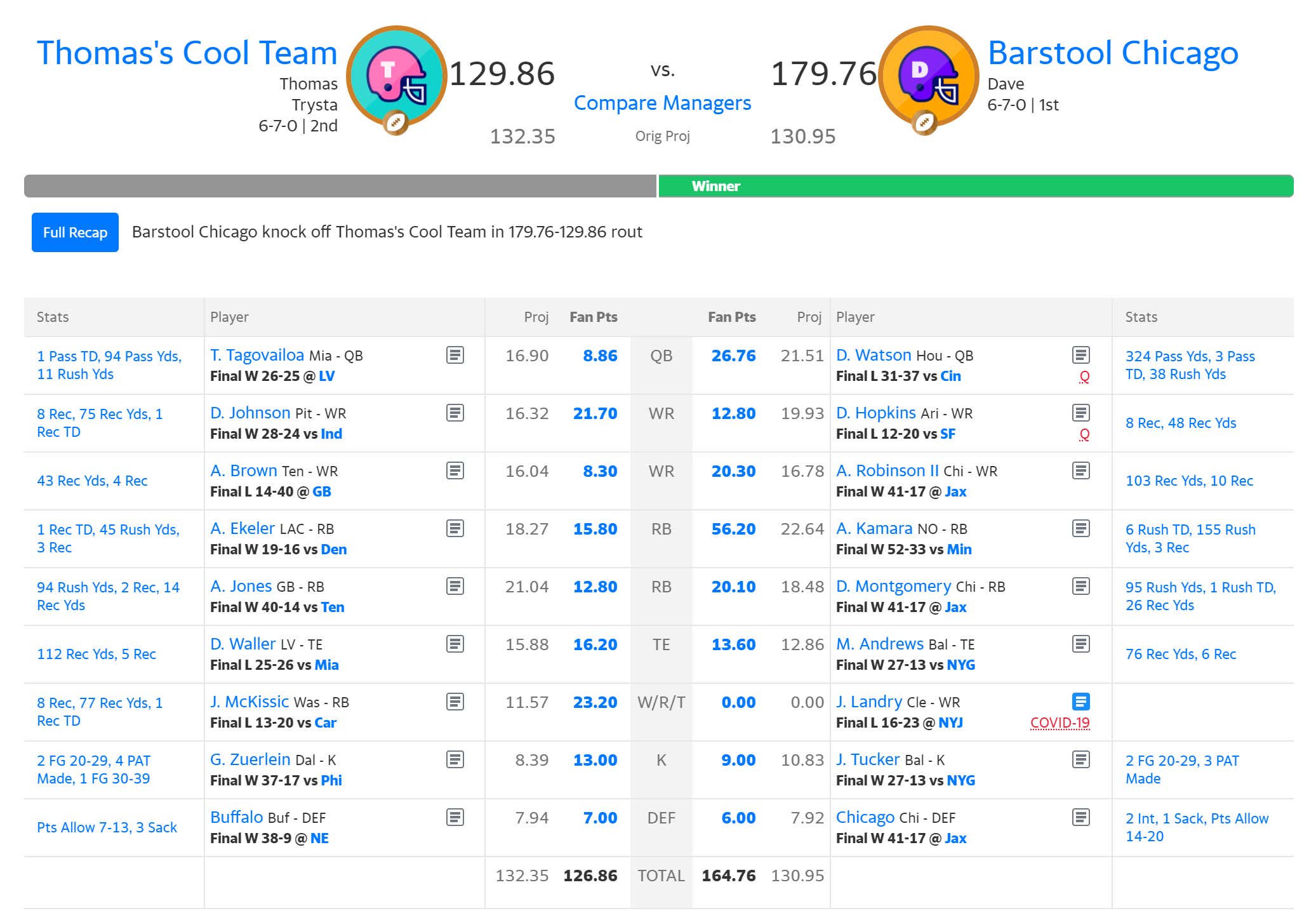 Even with Jarvis Landry in the starting lineup, thanks in large part to Alvin Kamara, Chicago wins and will be receiving a trophy so grand, that it may rival the Stanley Cup. More on that in the coming weeks.

But why are Tommy, Frankie, & Trysta participating in the punishment (with last-place finisher Nick Turani) despite finishing in second place?

Well, in this league, the second-place finish would also land you in the punishment.

THE PUNISHMENT:
- Locked in room
- While completing a 1,000 piece tiny-face Jerry Ferrara puzzle
- While the ‘Entourage’ theme plays on loop
- While memorizing the names of all 18 American Idol runner ups from
- While the shitty movie ‘From Justin to Kelly’ plays on loop

Once all tasks are complete, the punishment will be over.

If that sounds awful, take it for a test drive…

Plus, the group is going to be quite something. The back-and-forth between Tommy & Trysta will be enough to bring the entertainment value while adding Nick is always a treat, and on top of all of that, the ultra-competitive Frankie Borrelli (who may feel ripped off since I am not sure how much input he had during the season) will be thrown in the mix.

…as a big Soul Patrol guy, Nick has an advantage here.

The date of this punishment is to be determined but should be happening early in the New Year. Is it awful? Let us know below…