Not sure if I am a “fan” of Denzel Washington per se, but I’ve seen just about every movie he’s been in.

So today, as he celebrates his 66th birthday, here are his Top 5 Badass Roles…

Actually, before I start the list, I will lay some ground rules that will hopefully stop the handful of high-school-hero-college-zero athletes who will be jilted when they hear Coach Boone from "Remember The Titans" did not make the cut.

This is a list of trained assassins, and they are being judged on how likely they would be to make it through a John Wick movie alive.

Also, I am not looking at anything pre-2000.  Twenty years ago is a lifetime for many of our readers, and I heard that Malcolm X wasn’t that tough anyway.

5) Tobin Frost from 2012’s "Safe House" with Ryan Reynolds… He grew back the Shuttleworth ‘fro and started snapping necks while Deadpool looked on stupidly.

4) Eli from 2010’s "Book of Eli"… Limited resources and even more limited access to water, and yet he still got biblical on post-apocalyptic thugs while Mila Kunis looked on even more stupidly.

3) Chisolm from 2016’s "Magnificent Seven"- Denzel and his ridiculous sideburns managed to save a town with only the help of 5 minorities plus Ethan Hawke in what was arguably the most racist time in American history.

2) Robert McCall from 2014’s awesome "Equalizer" and the unfortunate 2018’s "Equalizer 2"- I think this might be an overwhelming favorite for number 1 (particularly because of that scene where he kills the room full of Russians in only a handful of seconds), but he was 64-years-old in this one… That's 16 years older than me, and I can barely get out of bed without a pep-talk.

1) John W. Creasy from 2004’s “Man On Fire”- A more believable 50-year-old Denzel character who didn’t even make it out of his own movie alive, BUT only because he traded his life for a little white girl he hardly knew.  Plus, he put a bomb up some guy's ass.

HONORABLE MENTION: Alonzo from 2001’s “Training Day” (For which Denzel won his second Oscar… First for Best Actor) and a character simply named Bobby from a terrible 2013 shoot-em-up called “2 Guns” with Marky Mark. 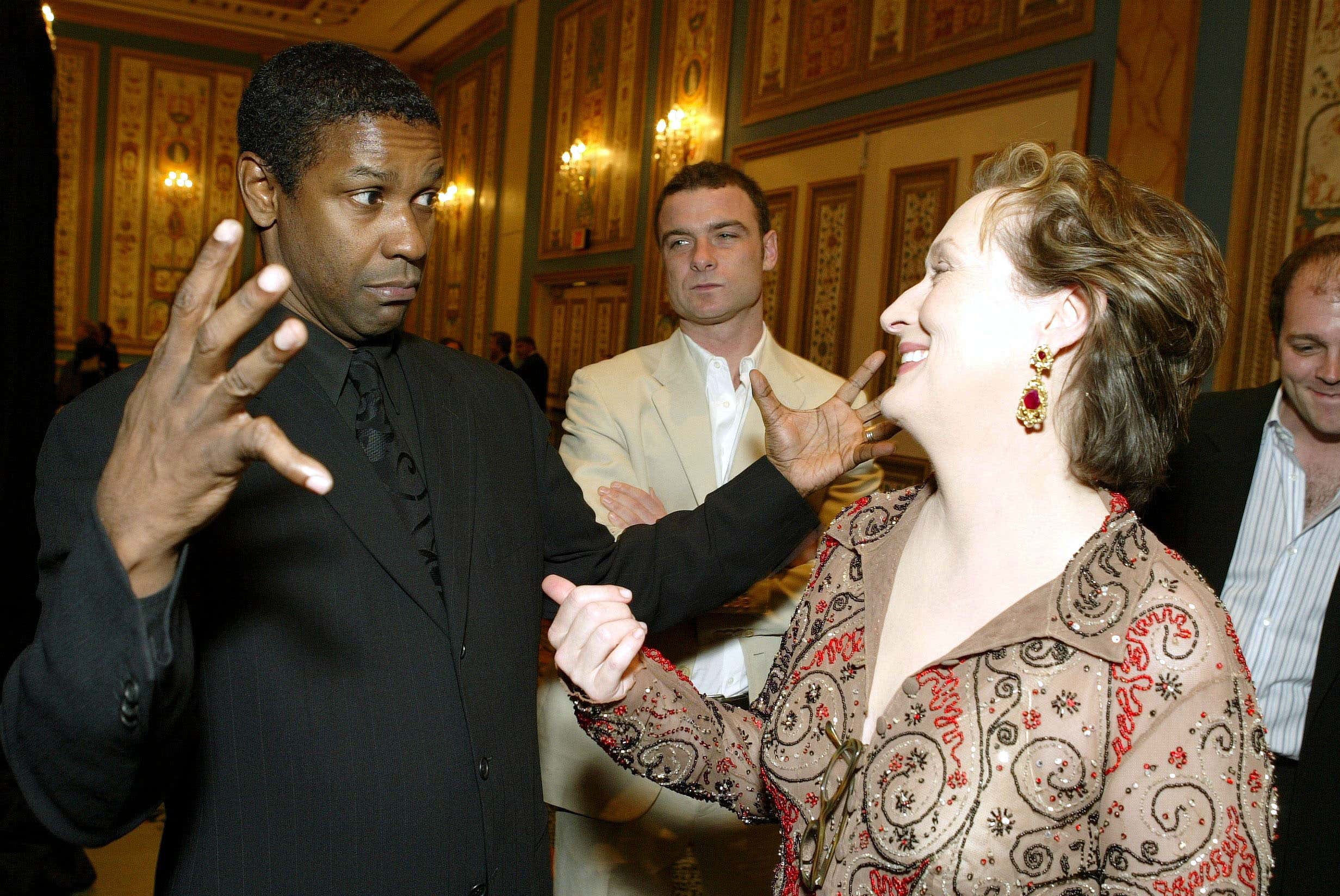 (Even Ray Donovan can't stop looking at that abomination.)

Happy 39th to Sienna Miller… And if you haven't seen her in "Layer Cake" with the ugly James Bond guy, give it a shot.