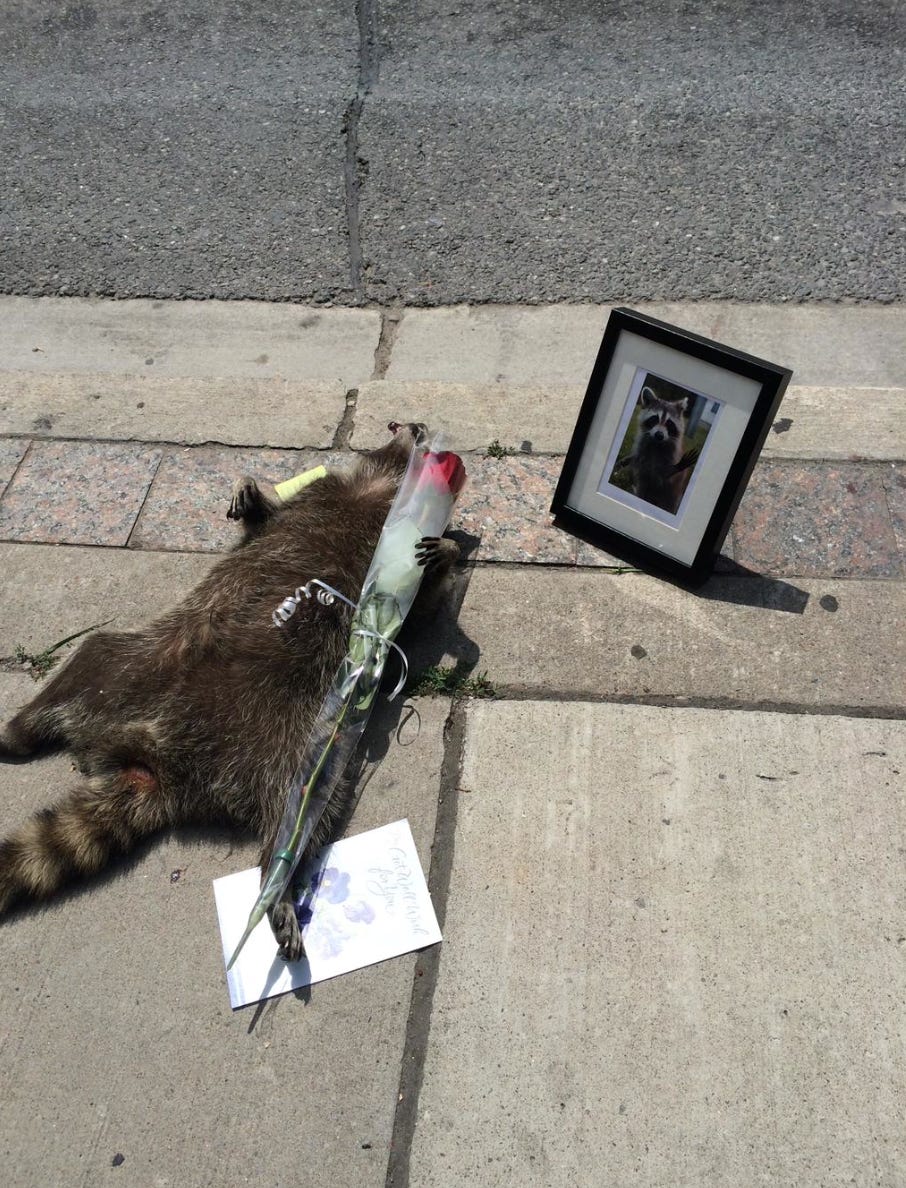 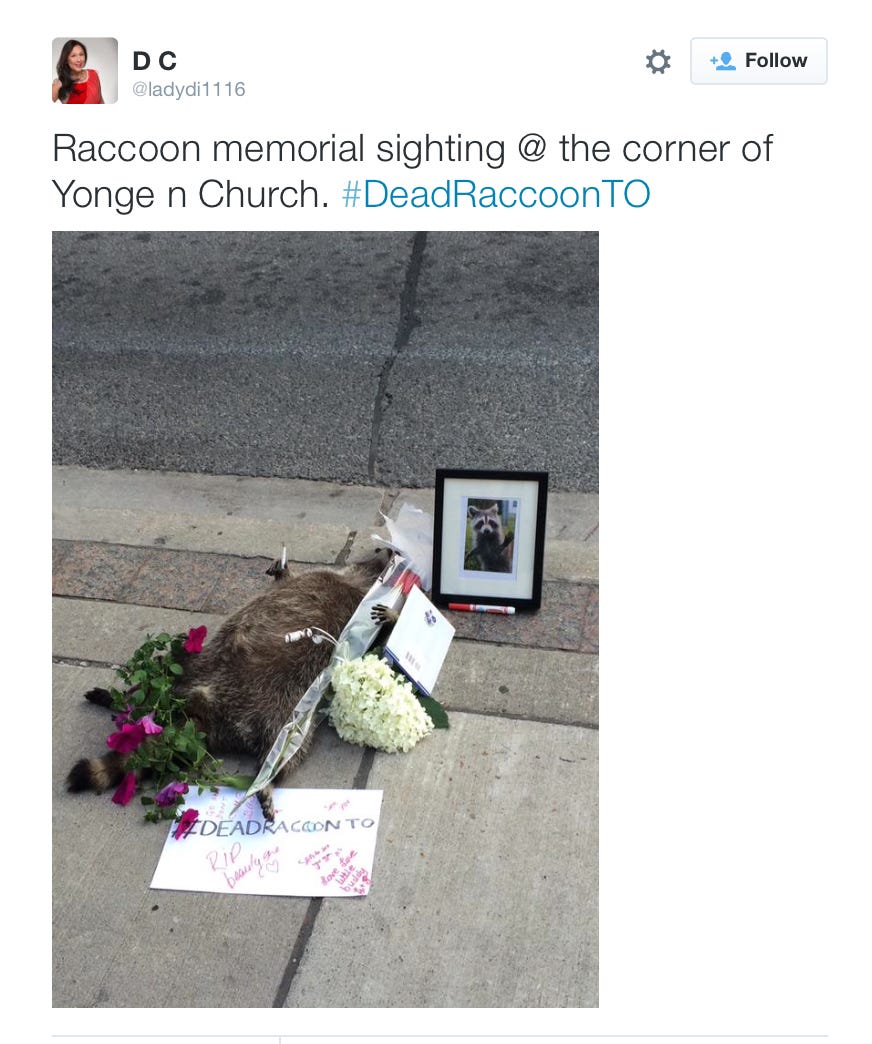 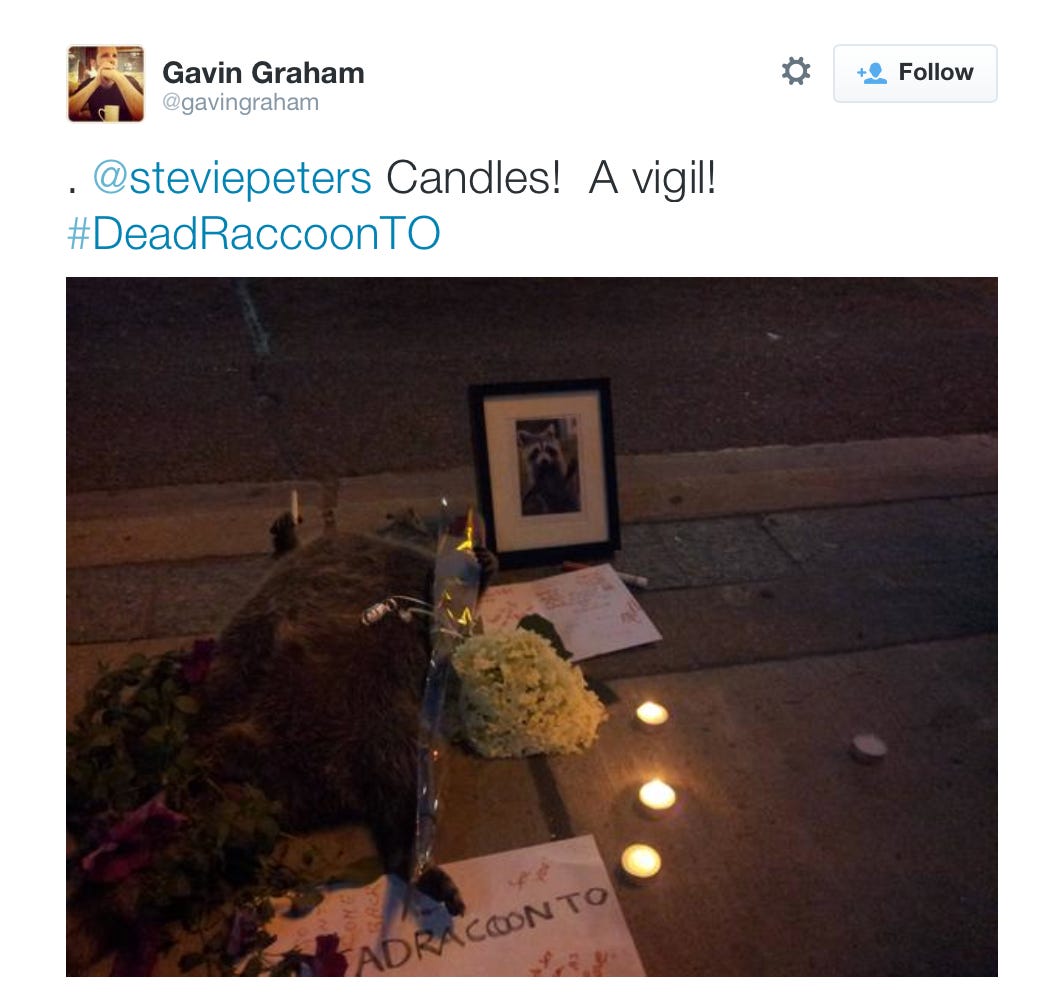 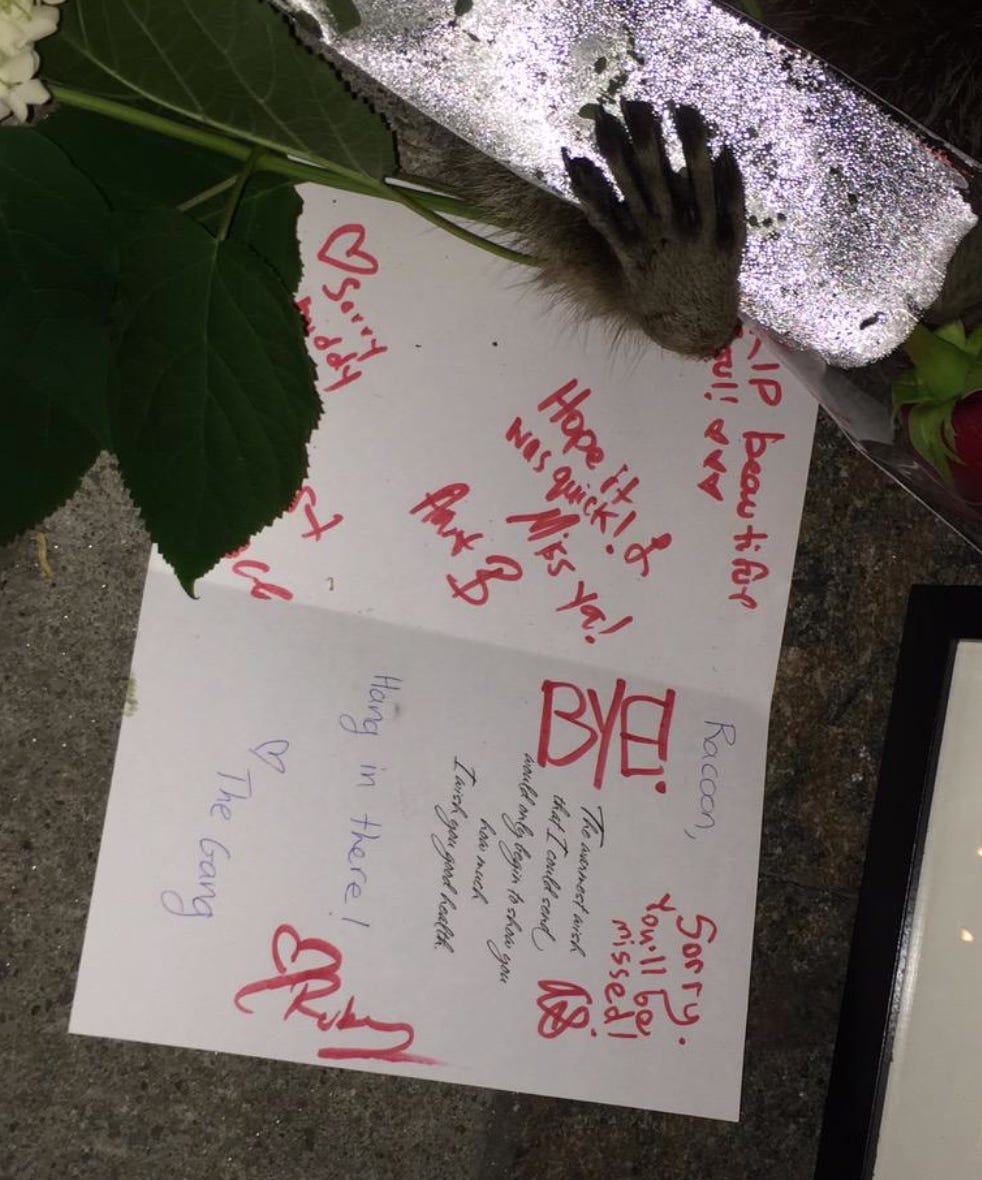 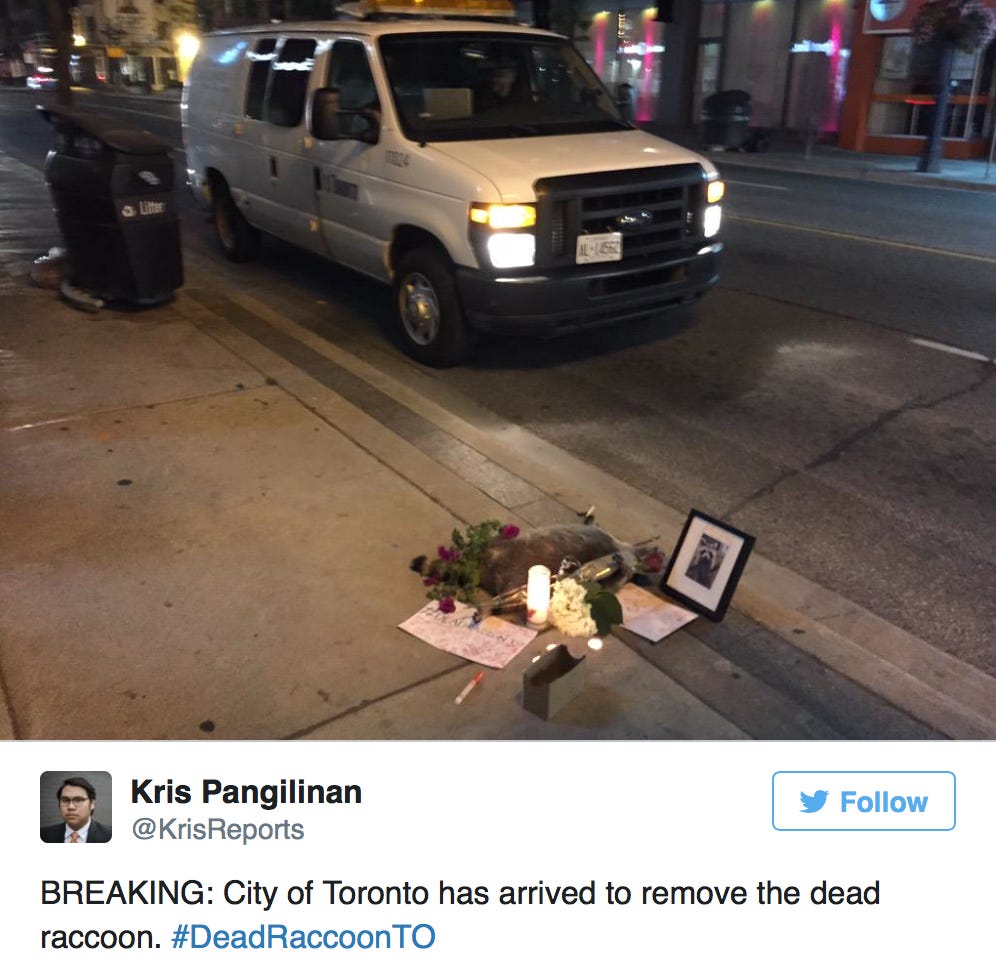 Daily Mail- When a dead raccoon was spotted on a Toronto sidewalk, city officials were simply expected to remove it. But as the animal’s remains lay on the streets, without the authorities taking the appropriate action, passers-by started to mourn its passing. It started just after 9:00am on Thursday when a worker alerted city workers to its presence with a picture on Twitter. The 311 account said Animal Services had been notified, but they weren’t coming in a hurry.  The gestures began with someone leaving a note next to the remains which read: ‘Rest dear raccoon. Help is on the way from the city.’  Then, six hours later, another person added flowers, a condolences card and a framed picture of a raccoon. City Counciller Norm Kelly took a picture of the animal and urged staff to pick it up as people were ‘having fun with it’.  Almost two hours later, the raccoon was still there. Someone then wrote #deadraccoonto on a piece of paper, and a social media campaign was born

This is just the human spirit shining through.  Every living creature on this damn planet deserves a send off of some kind.  It doesn’t matter if it’s your grandma who you loved dearly and who always had a Werther’s Orignal ready to pop in your mouth and who was so riddled with Alzheimer’s that she didn’t know who you were by the end.  Or if it’s a dead raccoon who didn’t time his run right, got tossed by a school bus and the city simply hasn’t come to scrape his remains off the sidewalk with a shovel yet. They both deserve something.  It’s not right for somebody shove off into the dark abyss and not get noticed.  Well this raccoon got his proper send off.  Did he ever.  Flowers, candles, framed pictures, cards, the whole nine yards.  The great people of Toronto (the least shocking part of this story is that it happened in Canada.  Not saying Americans wouldn’t make a candlelight vigil for a dead raccoon but you knew Canadians would) showed they have a heart for all living creatures.  Yeah, maybe it was in jest, but I’m sure the raccoons family appreciated it.  RIP, little buddy.  May there be an endless number of garbage cans you can rummage through in the big house upstairs.

This was my favorite part.  Whoever is still alive to give my eulogy, please walk up to the podium, yell this and sit back down. 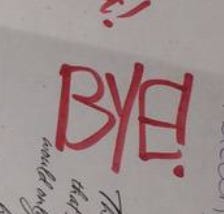 PS- If PETA comes flying out of the woodwork saying this was disrespectful to the raccoon then they can go fuck themselves.