Gonzaga or the field? After this weekend's performance, it is looking that like that may be the question folks around the college basketball world are asking. The Bulldogs made another statement against (3) Iowa in South Dakota, and coincidentally, we had one of the Zags' best players on today's Barstool Bench Mob. Senior Corey Kispert joined the show to discuss that aforementioned win over the Hawkeyes, living in Washington, the misery of being a Seattle Mariners fan, and more.

As for the Zags overall, it's hard to pick against them right now. They are clearly playing the best basketball in the country and have had a schedule that includes plenty of powerhouses. A list of Kansas, Auburn, Baylor (canceled), Iowa, and Virginia next week shows that despite playing in thee WCC (a conference better than most think), the Bulldogs are not scared to play anyone. Throwing all of those games together in a limited non-conference timeframe makes it that much more impressive. 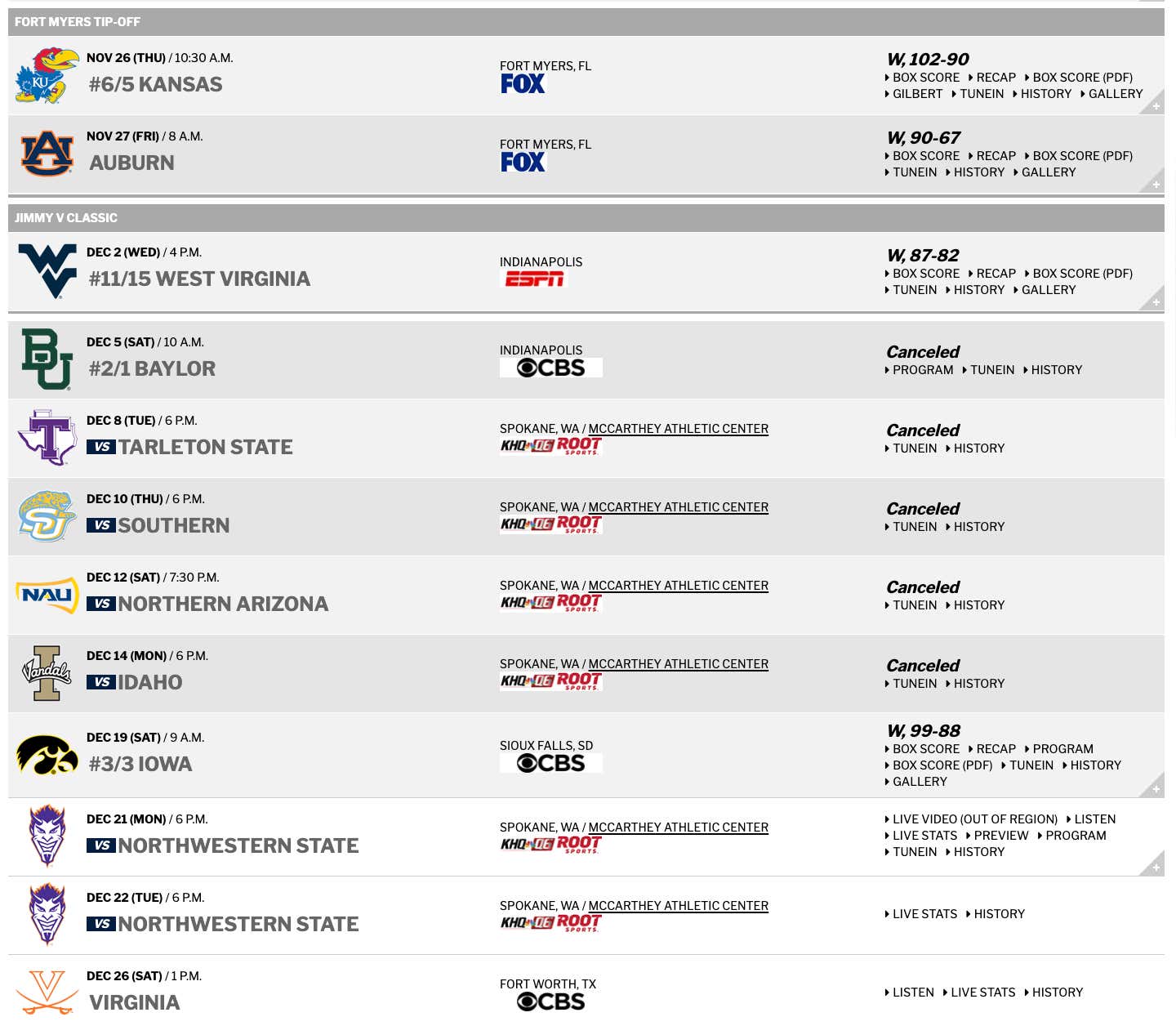 On top of our interview with Kispert, we recapped a loaded weekend around the country. In addition to what was hyped up to be the "Game of the Year" between Gonzaga and Iowa, other games that stuck out were Kansas-Texas Tech, North Carolina-Kentucky, Illinois-Rutgers, and an absolutely WILD set of games in the Big East.

On Episode 10 of Barstool Bench Mob, the boys recap Gonzaga's impressive win over Iowa (01:28) as well as some of the other marquee matchups from last week (10:34). And speaking of the Zags, the Mob is joined by Bulldogs' forward Corey Kispert after the big win (32:21). Marty, Rico and Jake then recap Sunday's games (55:12) before answering some listener voicemails (01:03:47). Don't forget to rate, review and subscribe to Barstool Bench Mob. And stay up to date on everything college hoops related by following us on Twitter and Instagram @stoolbenchmob.
college basketball+ 2 Tags