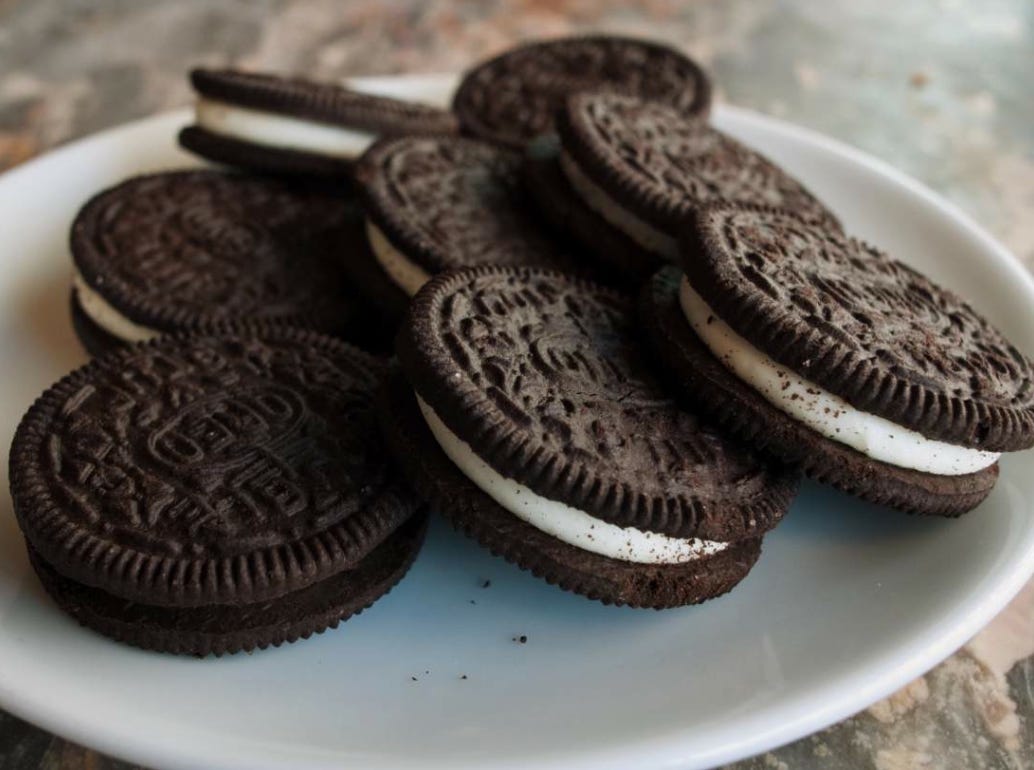 AP- Oreos are getting a skinny new look, and its maker says the new cookie is a “sophisticated” snack for grown-ups that isn’t meant to be twisted or dunked. Mondelez International Inc. says it will add “Oreo Thins” to its permanent lineup in the U.S. starting next week. The cookies look like regular Oreos and have a similar cookie-to-filling ratio, except that they’re slimmer. That means four of the cookies contain 140 calories, compared with 160 calories for three regular Oreos. And since they’re for adults, Oreo says they weren’t designed to be twisted open or dunked. That’s even though about half of customers pull apart regular Oreos before eating them, according to the company. “If people want to do that, it’s clearly up to them,” said Janda Lukin, senior director of Oreo for North America at parent company Mondelez International. In explaining what exactly made them more grown-up, she said that if regular Oreos are like pancakes, then Oreo Thins would be like crepes. Despite having fewer calories per serving, Mondelez says the new cookies aren’t meant to be a diet snack. Still, the “Thins” name could be a stealth way to appeal to people who want to watch their weight, without the stigma of being seen as a diet food.

Well what the fuck is this shit? Talk about not knowing your audience.  The fact that the decision makers over at Oreo think we want slimmer Oreos shows just how out of touch they are with their core fan base.  Who’s the monster that suggested slimmer Oreos in the first place and how soon can we have them thrown in prison?  Because that’s what they deserve.  Maybe worse.  Talk about mixed messages.  They come out with mega stuff Oreos and follow that up with slimmer Oreos.  Pick a side, Nabisco.  Nobody likes a fence sitter.  You’re either here to make the country fatter or skinnier.  There’s no in-between.  What’s next?  Kale flavored Oreos (boom roasted, healthy people)?  I wouldn’t be surprised given this latest news.  Not to mention the tone deafness to make the announcement right after 4th of July when we celebrate just how great this country is by shoving countless hot dogs down our throats and washing it down with domestic beer.  This is America in case you forgot.  We don’t want smaller cookies, we want bigger cookies.  I want Oreos the size of dinner plates that have an entire tub of Crisco shoved between the cookies.  I want Oreos that send me to the hospital when I crush an entire row in one sitting.

And since they’re for adults, Oreo says they weren’t designed to be twisted open or dunked.

GTFOutta here with that shit.  It’s like they’re purposely trying to make these the worst Oreos possible.  Everybody eats their Oreos differently but at least give us the option to twist them or dunk them.  I feel like I’m taking crazy pills.  If being an adults means thinner Oreos that you can’t twist or dunk then being an adult sucks worse than we all thought.  Give me double stuffed Oreos or give me death.

PS- If you’re one of those psychos who thinks regular Oreos are better than double stuffed Oreos, you need to be sterilized.  It’s a widely-accepted fact that doubled stuffed Oreos are the new regular. The only logical explanation why Nabisco continues to produce original Oreos is so we can easily spot the crazies who still buy them.