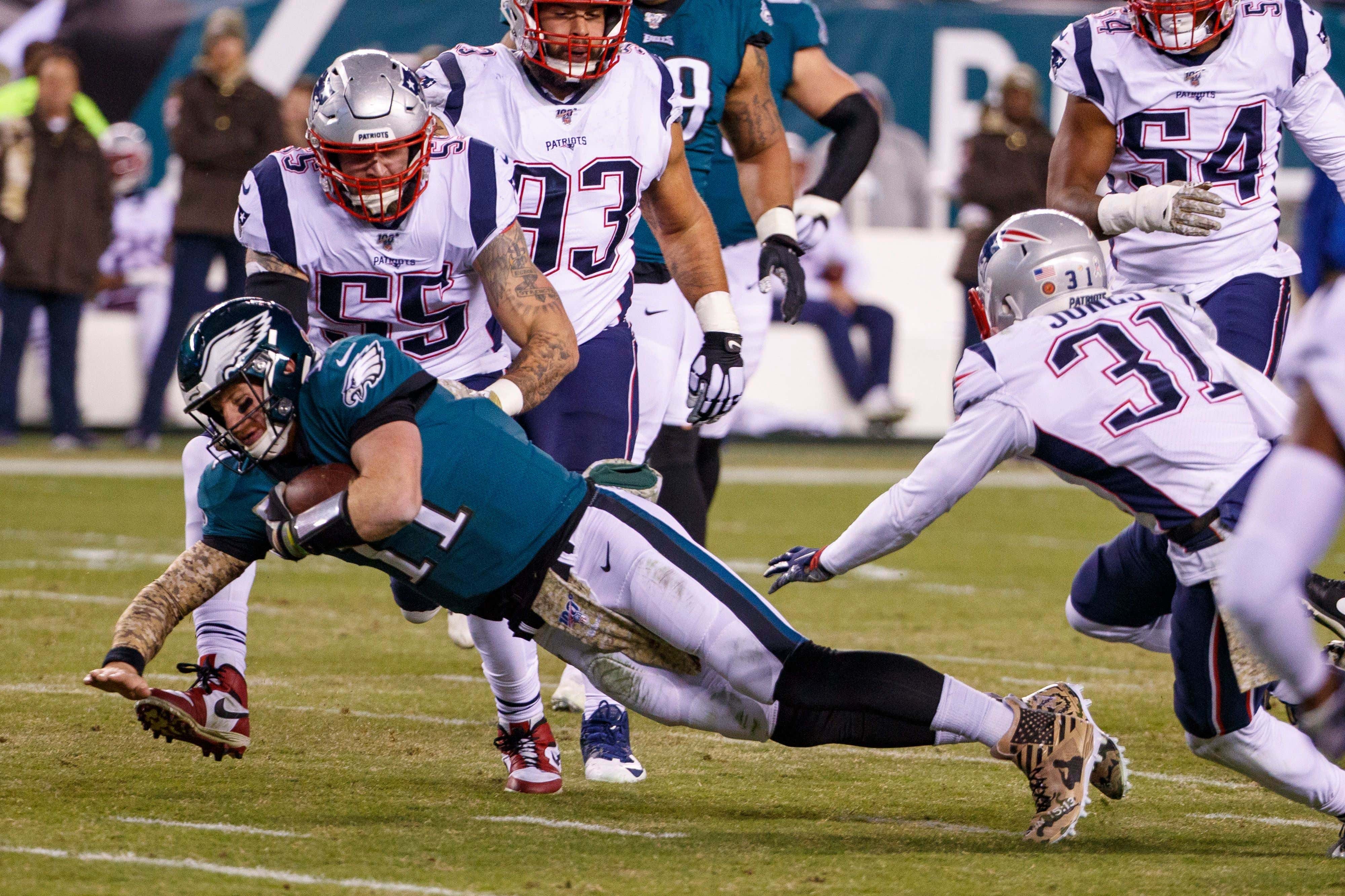 Well, that didn't take long. We're probably not ever going to live in a world where a former No. 2 draft pick quarterback gets benched three weeks before his 28th birthday without some amount of wild, baseless speculation that he could - and probably should - wind up in New England. But this was quick even by Patriots Dynasty standards.

I could go on, but you get the point.

I get it's an intriguing idea. A guy who was on his way to an MVP before getting hurt just three short years ago. Who's passer rating actually went up the following year, while his completion percentage skyrocketed from 60.2% to 69.6%. Who, even though he leads the league in interceptions at the time of his benching, did throw 81 TDs to just 21 INTs over 40 starts during the middle three seasons of his career. There's a lot to like if you just look beyond the fact his team is 17-21-1 with him since they won Super Bowl LII without him.

And at first glance, I thought that's pretty much where the intrigue should end on this one. I struggle with the Fibonacci Sequence-like math of NFL contracts for the same reason that I hate being the guy who has to keep the scorecard in golf. Math makes my hair hurt. I'm more of a theoretical guy. And what I knew about Wentz' contract was limited to what I've seen in places like this New York Post piece:

The problem for the Eagles is that just 18 months ago, the team signed Wentz to a four-year, $128 million contract extension with almost $70 million guaranteed – and the deal hasn’t kicked in yet. The new deal begins in 2021, after his rookie contract expires. … In 2021, Wentz will count for $35 million against the Eagles’ cap, an already gigantic number that will look even more intimidating if the cap shrinks (as is expected due to the COVID-19 pandemic). … The first year the Eagles could reasonably let him go is 2023.

But as it is with everything you read and hear about an NFL deal, it sounds like a whole other reality when a low info guy like me checks with the trained and educated Capologists. While much of this Over the Cap article reads like the stress dream I had two nights ago about taking a Calculus final where I didn't understand a single thing about the problems written on the board (Note: This really happened), this part puts Wentz's availability via trade in clear terms even someone as pretty as me can understand:

The question is would anyone trade for Wentz?  While the Wentz contract averages $32 million a year its important to remember that the Eagles paid a good chunk of that money already. For a team trading for Wentz the contract would work out to be four years, $98.4 million or $24.6 million a season. The first two years of that contract would basically be guaranteed and the remainder would be in the control of the team that trades for him. The cap figures on the contract would be $25.4 million, $22 million, $25 million, and $26 million.

To put the numbers in perspective those cap figures in 2021 and 2022 would rank 11th and 13th in the NFL. The contract value would be in line with Teddy Bridgewater ($21M a year, $42M over first two years) and Nick Foles’ Jaguars contract ($22M a year, $46.625M a year) so it is perfectly fine for someone likely considered a low level starter if he was a free agent.

I don’t believe it would cost much. Primarily you are giving the Eagles financial relief by trading for him. I dont think the Eagles would kick in money (that defeats the purpose). … The Bears gave up a 4th round pick for Foles who was benched for Gardner Minshew so I would imagine the cost would be a 3rd here plus conditionals. Thats good for someone who just last year was considered a good signing at $32 million a year.

It's hard to pin down exactly what is Bill Belichick's quarterback "type." He's drafted, traded for, and signed guys who've been old and young, tall and short, from big schools and small, pocket passers to scramblers. But one thing he looks for in any QB he might get into a committed relationship with is affordability. He'll love a guy who's a reclamation project if he's a bargain. But he'd never even send a drink over to someone who's got all the allure but too big a cap hit.

Understanding now that the Eagles will have already paid out a huge chunk of Wentz's guaranteed money and if he's traded he's due just the 11th and 13th biggest hits in the league is a game changer. You'd have him under your control for four years, which is a plus. Then add to that the fact you might be dealing with a highly motivated seller who's in no position to hit you up for a ton in draft capital to get him? OK. Now this is sort of plausible. Especially for New England, one of the few teams in the NFL that's set up for the massive salary cap reduction that's about to happen. I'm not saying it's likely, but it feels like it actually makes sense. And if it were to happen, the panic across the nation would need a vaccine of its own.

I'd just feel bad for this kid, who might be devastated. He's a champion. We should all have someone in our corner like him. But maybe he can just become a Pats fan.