Millions of dollars sitting on the table, the best players in the world going at it in a televised cash game, the flop comes down with two queen of clubs…and not a single player noticed. That’s the best part of the whole thing. Dan Colman who has more money than God at this point didn’t even bat an eye.

Not sure if this resonates with the casual reader, but these are Dan Colman’s live-tournament winnings over the last year or so. Add in that he’s made probably millions more playing cash games and online and I’d say he’s had a decent run over the last 15 or so months. Doesn’t hurt to win a tournament with a 1 million dollar buy-in. Doesn’t hurt at all. 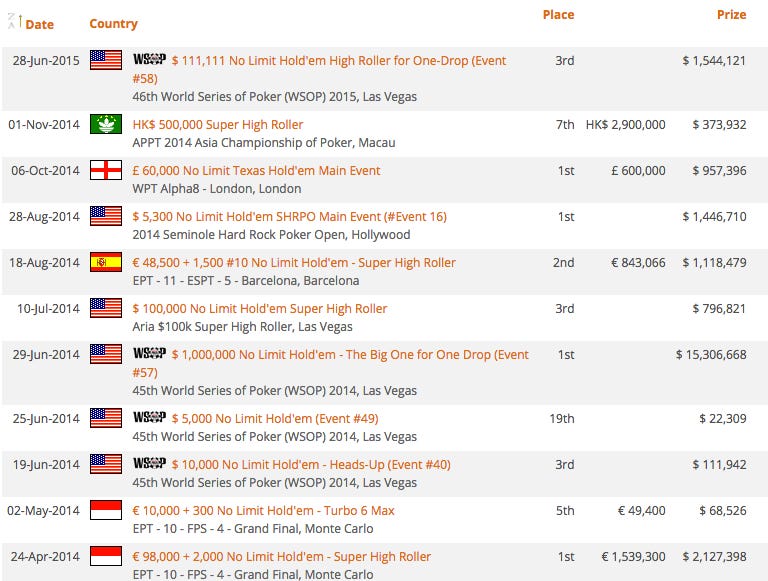 PS: Shout out to Christian Harder, one of the Stoolies I mentioned in this blog about the WSOP, for taking 4th place in the 25k PLO (pot limit Omaha) event for 333k.  Not a bad day at the office.