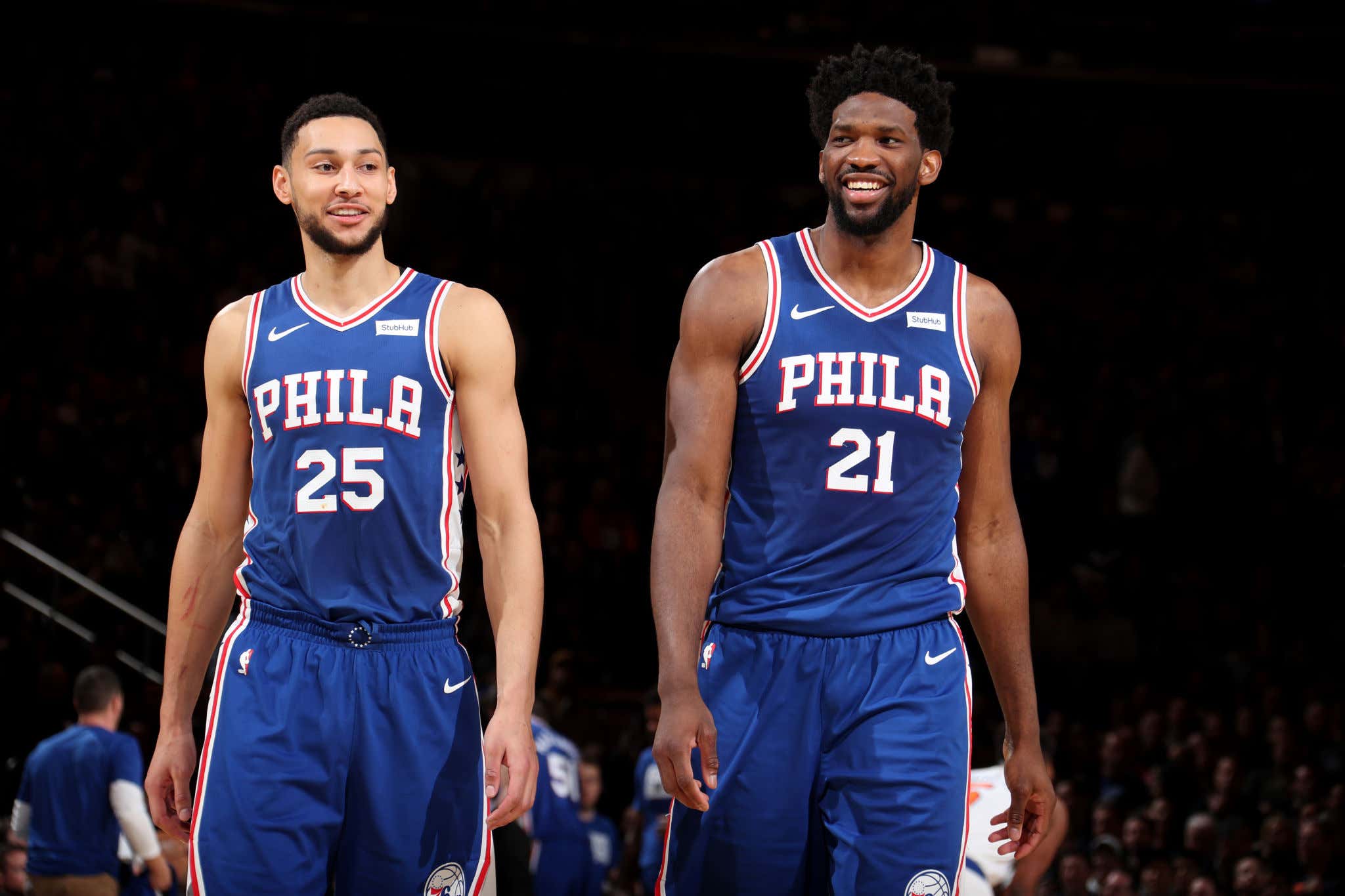 Okay so apparently this was just a joke. But they say that there is a level of truth behind every jest. Sure, Ben Simmons might have been kidding around when he said he's moving in with Joel. But perhaps he made that joke because he's actually given it some thought before. Maybe he secretly wants to move in with Jo but doesn't want to come off as too eager. So now he's just laying the groundwork to make it happen.

And if I were Daryl Morey? I'm hiring a realtor right now to take these two out apartment hunting this afternoon. Realistically this is the most important year for the Ben and Joel tandem. If they can't put it all together with a new coach and with the new pieces they got this offseason, then you have to break the two of them up while you can still get a decent return for one of them. So why not just lock these two in an apartment together and force them to build that chemistry?

They might get sick of each other from time to time. Joel might leave his dirty clothes laying all over the floor and rip nasty farts. Ben might hog the TV all the time when he's playing video games. They'll definitely fight like brothers. But at the end of the day, they'll have that bond and they'll have that chemistry. It would be like Step Brothers. There will be some rough patches here and there, but they'll be one big happy family at the end of the movie with their chewbacca face masks at the championship parade.

Worst case scenario, it doesn't work out but the Sixers can hire a camera crew to film the whole thing. Put it out as a reality series and the Sixers will have the #1 show on television. Just something to think about.