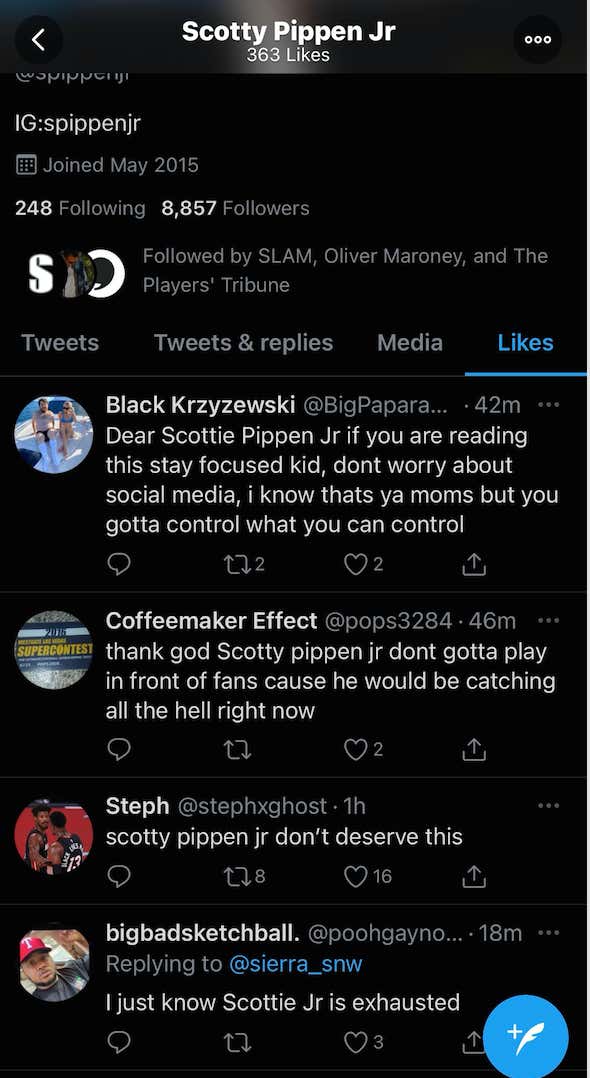 Oh, well that pretty much sums it up. Can you blame the kid? He's just out here trying to get buckets for Vanderbilt and make them look somewhat relevant. Poor guy can't catch a break thanks to his mom. You may be wondering what the hell could his mom have done to have him out here publicly liking tweets about being fed up? You could say it was the rumor of her fucking Ben Simmons.

Wouldn't blame him one bit for that. Ben Simmons can't shoot and he's pulling your mom? That's a disaster. Scotty isn't a coward. He shoots the ball. I'll even say he's decent at shooting the ball, unlike Ben Simmons. He shot 94 threes last year as a freshman, which is roughly 93 more than Ben Simmons. But nope, that's not why Scotty Pippen is fucking fed up.

It's because Larsa Pippen got busted hanging out with yet another NBA player.

Not even a star! A role player. If you're going to insult your Hall of Fame husband by allegedly fucking other NBA players, they gotta be All-Star level minimum. Feel like that's all poor Scotty wants. He can't be dropping 25 per game for Vandy while his mom runs around with Malik Beasley. The guy who tweeted that he's lucky there aren't fans in the stands is completely right. Imagine the mocking that would happen across the country with Scotty at the free throw line. Just holding up pictures like this of his mom

Scotty can't listen to Future, watch the NBA or turn on the Internet and see a Kardashian without being reminded of his mom. Fucking brutal. I wasn't even done this blog yet and he started liking more tweets about how brutal it is. 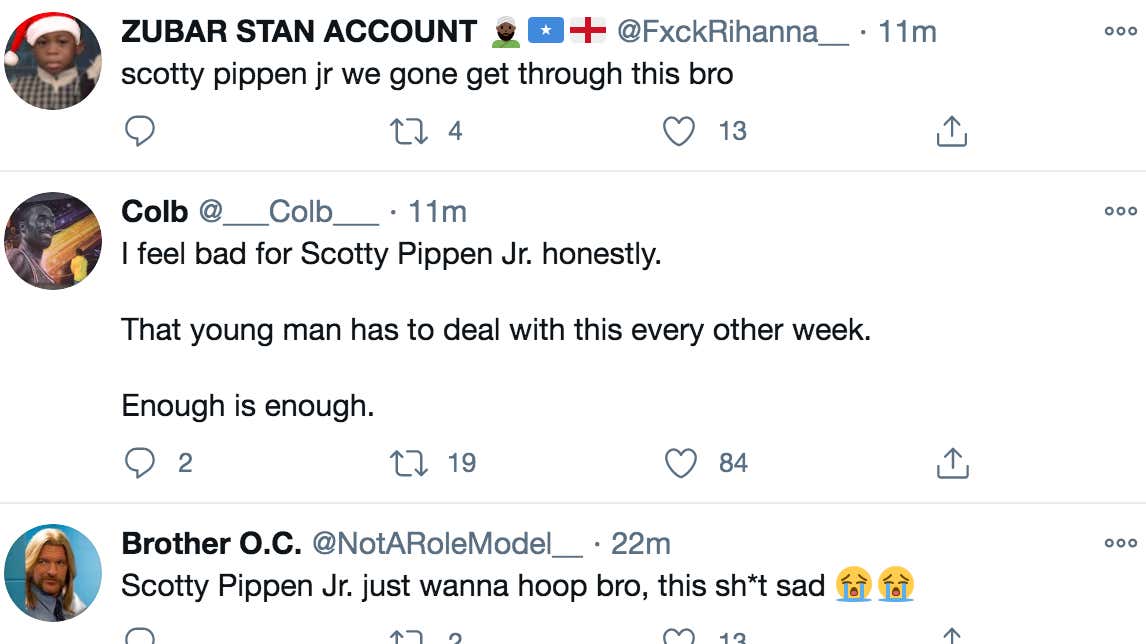 Sure, I may not be scoring 25 for Vandy right now. But I got a delightful mother that is already worried about making me a baked ziti for Christmas. Chalking that up as a win.