The last wild car video I posted this week was from Queens, and now we move on over to the Bronx where a vehicle from Virginia was in quite the pickle as it wiggled out from the clutches of an apparent repo-tow.

Several elements I loved: The guys filming rooting the man on & telling him to run (why the hell did he ever stop & get out in the first place?!), that the man used his foot & bare hand to push the tow away when it came back for round 2, and that the tow truck then took chase, dragging the lift behind it over a curb, zero fucks given. Not sure what the ultimate plan was there because clearly the escapee had no plans of giving up his car.

The convo under the clip was pretty enlightening to me & explained the most likely reason the driver was able to get away in the first place, even though he was already lifted... The tow guy didn't take the time to secure it (uh clearly, Kate) so he could slip away ASAP: 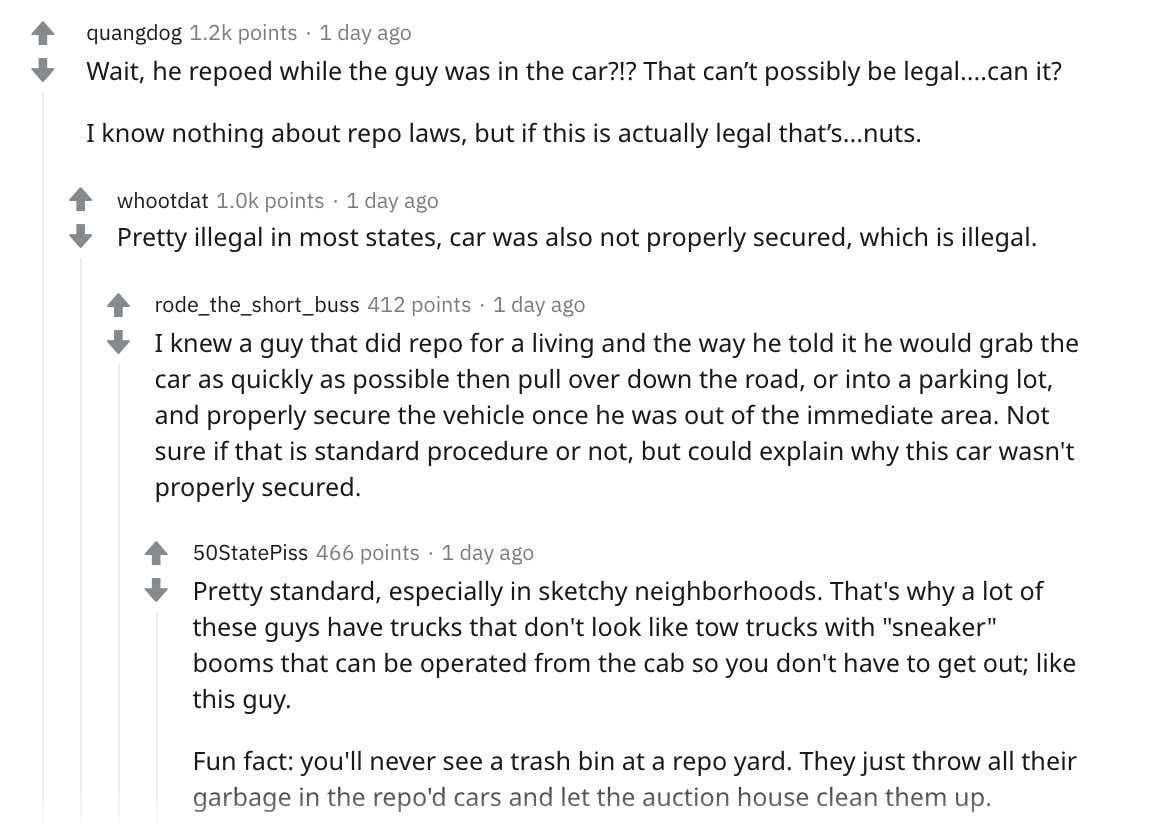 Please send any road rage incidents from Staten Island, Manhattan & Brooklyn my way so I can get all 5 boroughs covered. Thanks!