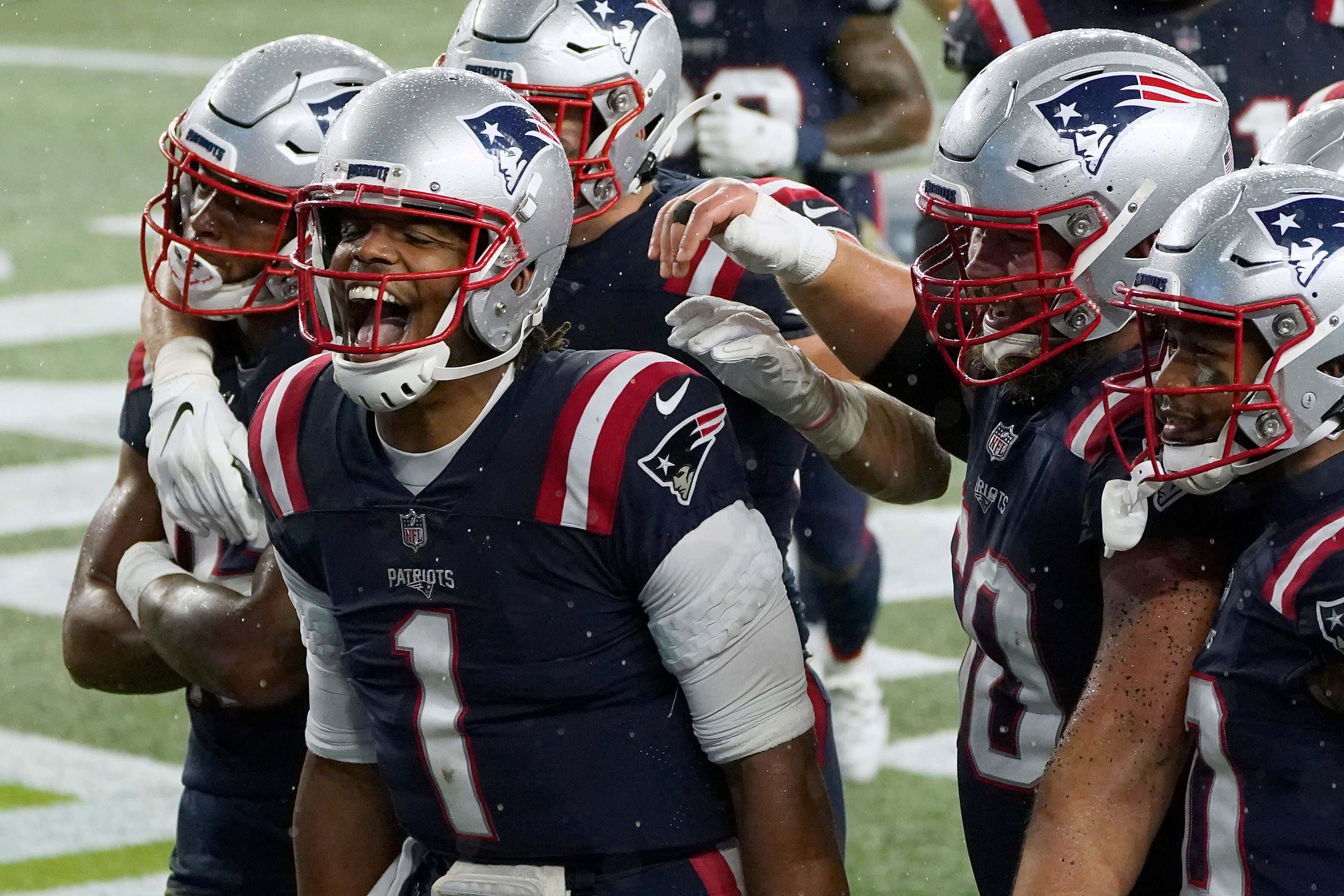 The Patriots are 4-5. Between leading the league in Covid opt outs (including two key starting defenders and their right tackle), losing both their quarterback and the DPOTY to positive cooties tests and having to shut down the facility for two weeks, 2020 has come out with ways to derail this season faster than Frito-Lay invents potato chip flavors. And even after pulling out a win in New York and then coming up with an improbable win over a Ravens team that totally Gimped them last season, the odds of salvaging this season aren't great. According to the mystics and statistics, they've got an 11.1% chance at making the playoffs.

Let's be clear about this. By no means am I conceding a damned thing. In 2001 they started 5-5 and never lost another game the rest of the year. And that was before they really knew what they were capable of. This team as it's currently constituted has more experience and late season success than that one did by an order of magnitude. I'm just citing the data. That inability to punch it in from the one against the Seahawks, those brutal showings against Denver and San Fran, and fumbling away a chance to beat the Bills had consequences.

But regardless of whether they've figured things out and go on a roll like the 2001 champs did after losing their final game against the Rams (also a Sunday Nighter, so maybe it's foreshadowing), there are already positives. Even on a .500 team. The same team I was complaining about for not developing their young players, is trending in the right direction when it comes to that very thing. And veterans who were struggling in the middle of the season have begun to reward the faith that's been put in them. And the coaching staff has begun to make the adjustments they couldn't with a team in transition after a limited offseason and a major, seismic interruption to the regular season.

The analytics bear this out. That even if this team can't sustain a playoff run (and I refuse to believe the gods of my ancestors would abandon me so in my hour of need), they've been developing talent, young and old(ish), in a way that will benefit them going forward into a bright, new, post-vaccine future.

I'll start with the key veteran. Because this one will twist your brain into a balloon animal.

Make of this what you will. Not everyone is on board with Pro Football Focus' methods. And I can read a stats column so I know Cam Newton has 23 fewer TD passes (3) and four more INTs (7) than Rodgers does. And if he's the second highest graded 2nd half QB in the game, then ipso facto he must be Sam Darnold in the 1st half. But according to the drones who work in Cris Collinsworth numbers factory, he gets better as the game goes on and halftime adjustments are made. So that's something. They also have him ranked as the 11th highest rated passer and 13th QB overall. So that that for what it's worth. 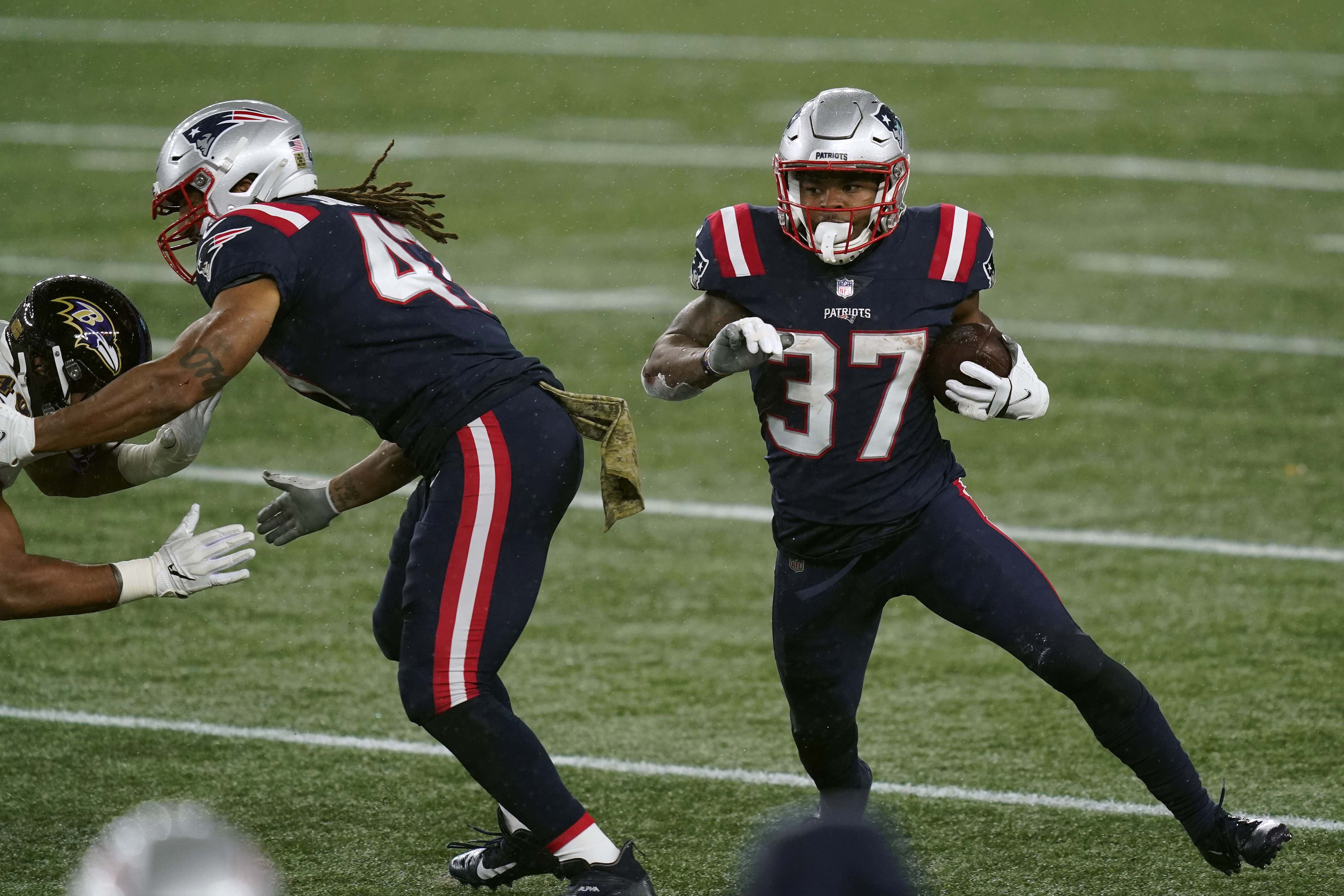 Through the first six games Harris has 100+ rushing yards in three of them. Only one other Patriots rusher in history has as many through his first eight career games (Sony Michel). His 5.5 yards per attempt puts him sixth in the league. His 78.5 yards per game is good for fifth. And according to NFL Nex Gen Stats, he has the best success rate in the league against an 8+-man box, has the fifth best "Efficiency," which measures how good a North-South runner you are, and is fifth in "Rushing Yards Over Expected Per Attempt." More than anything, he's just as good as your eyes tell you he is.

This is after having an off night against the Ravens, when he gave up a sack to Matthew Judon in the 1st quarter. While he's played at both guard spots, seen action at both tackle spots and looks to be entrenched at the right tackle spot for the next football generation. I say again, he's the best sixth round pick Michigan ever gave this franchise.

Again according to PFF, in "PRP," a stat which measures pressures relative to your number of pass rushes, he's behind only TJ Watt, Joey Bosa and Romeo Okwara. Which is the best stat to gauge him with, given he's in a system that requires its edge players to drop into coverage as well.

I don't know what more you can ask of a receiver other than to average a bunch of yards every time he comes off the line of scrimmage. But that's more or less the job description. And bear in mind Meyers in not only just getting his shot, he's had a couple of weeks where the only people lining up next to him were other UDFAs. And last week N'Keal Harry, who was coming back from a concussion and never targeted. I'm dying to see what this guy is capable once Harry is healthy and Julian Edelman is back. So should you be.

I'll skip the complex formulae and obscure metrics and just remind you in his first game playing a big role, the rookie led the team in tackles with 12, took on blockers, blew up plays and generally was the best player on the defense against the most prolific rushing team in NFL history. Again, trust your lying eyes:

To repeat, this season is not over. This team can made a run. They just played their best game in over a calendar year. There is reason to be hopeful in the short term. But the long term future is looking better than it has in a while. It's science.