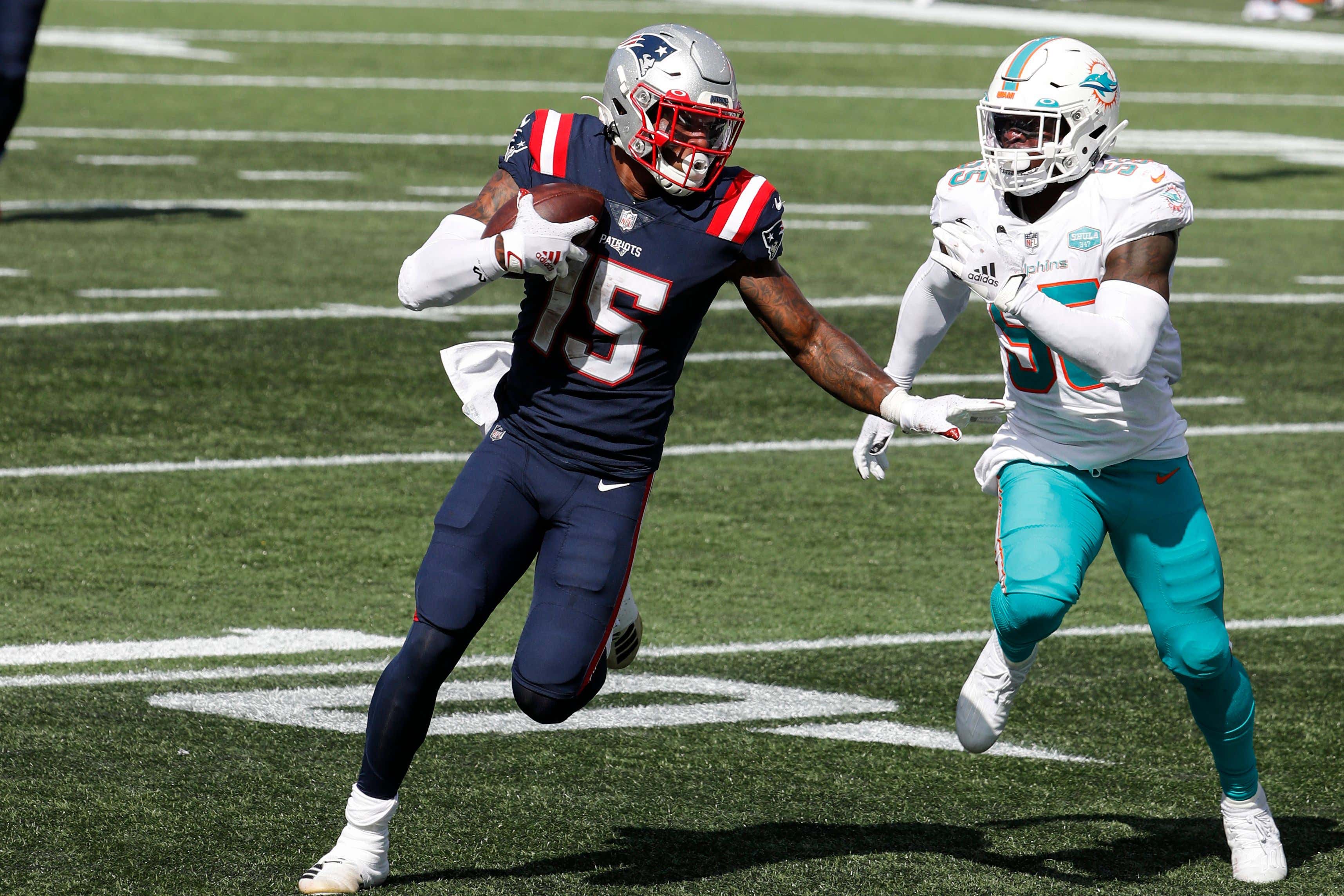 I'm not here to rip on any one particular player. Yes, N'Keal Harry is out indefinitely with a concussion while guys who were drafted after him like DK Metcalf and Terry McLaurin are seemingly putting up more production in the 1st half every week than he has in any game in his career. But I'm not interested in kicking a guy when he's trying to avoid being the poster guy for CTE. There are enough people doing that already that if I piled on, I'd deserve to be flagged for a late hit.

More to the point, this isn't about any one player or any single blow to the head. This lack of playing time for draft picks goes way beyond him. Consider the two tight ends the Patriots took in the third round this year:

The second and fourth tight ends to come off the board in this year's draft, and their combined season ends with a combined one target.

The problem is past the point of being mere coincidence. It can't be just a string of bad breaks. Talking about curses is infantile. It's more than a pattern. It's been so prevalent the past few years it has to be, as they love to say in politics, systemic.

Without getting too lost in the weeds of every draft pick, let me just hit the highlights of the playing time of the most important ones:

Thank the Patriots God of 6th Round Picks Out of Michigan for bestowing the blessing of Onwenu on us. His percentage is going to keep going up as he's establishing himself as one of the best rookies in the league at any position. But the rest have all missed games due to injury and seen limited playing time when they have been in. While I'd like to just write this off as the expected outcome of a limited offseason program, it's not like the team hasn't been desperate for bodies.

So let's try the other recent rookie crops. I'll just stick with percentages of total team snaps because I'm too pretty to have to do math:

Winovich and Cowart have seen their time go up thanks to their own development and the departures of Kyle Van Noy and Danny Shelton, respectively. And Winovich had seemed to establish himself as a 3-down DE until he saw just five plays in Buffalo week before last. And I've left out two backup offensive linemen they took who are still on the roster just because they have a solid starting five and you need O-line depth as much as (and for the same reason as) you need a spare tire. But the top of the draft hasn't paid off.

Here's where this gets complicated because the further back you go, the more there is to unpack. Like Rookie Wynn blowing out an Achilles in the preseason, Sophomore Wynn having to rehab, and Grizzled Veteran Wynn being the definition of the anchor of your line. Michel has missed part of every season, including the past few weeks. But I have and will continue to give him credit for that postseason run in his rookie year. That plus the fact this team has had a running back rotation since at least Corey Dillon in 2004 makes judging his snap counts tough to do. Bentley is the heart of their defense right now after getting IR'd as a rookie and being a backup last year. And Ryan Izzo is … well, Ryan Izzo. A living body who raises his hand when someone says, "Which of you guys is a tight end?" and that makes him unique on this roster. Besides, he was questionable Monday night and played the whole game so give him credit for taking the field when so many of the names I've just listed could not.

I'll spare you. That was the draft when they had four picks. One of them is Derek Rivers and another is Deatrich Wise, Jr. and ohmygod wake up. I didn't mean to lose you by typing about the 2017 draft this late in the day. Have some caffeine and we'll finish this thing.

The point of all this is not just that the players they've drafted aren't any good. That's just a lazy take and broad strokes and not entirely accurate. Of course they've missed on some. And will continue to miss. Just like everyone does because as much as they try to turn player evaluation into a science, it isn't. It's more like alchemy. Turning college iron into pro gold.

The bigger question is, why there are so many issues getting these young draft picks on the field and keeping them there? What combination of injury/ineffectiveness/coaching/conditioning/lack of talent is causing this problem year in and year out? Is it just bad luck that Asiasi and Keene are both done for the year? And if so, where were they before they hit the injury list? Why does it take so long to develop these guys? Or say, a Williams, whom they liked enough to take with the 45th pick a year ago and is just a dime package rotational guy in his second year? Why does Dugger need to be brought along so slowly when the defense is having major troubles? And how it is that of the 10 players you've drafted, Onwenu - bless him - is the only one who hasn't missed time?

Your guess is as good as mine. Or at least it would be. If mine wasn't much, much better.

Because here's my theory. It's not that the Patriots keep drafting "injury prone" guys or that the training methods are off so they get hurt once they get here. I say they get future-injured before the Patriots draft them. In Quantum Mechanics, it's a concept known as "retrocausality," or backwards causation. In physics, there are some theories as to time-independent particles reacting with one another so that what happens to one affects another in the past.

So consider like, The Bootstrap Paradox in which you time travel back to see Beethoven only to find out he hasn't written any music. So you show him all his sheet music and he publishes them and becomes Beethoven. Or for a better example, consider Hodor's origin story, which happens [SPOILER] at the end of his life.

So that's my hypothesis on these Patriots draftees. They get injured in the future, Belichick drafts them in the past. Why? That I haven't sussed out yet. But my working theory is it has to do with filling a roster full of guys who contribute when they're on the field, but aren't such every game, every down players as to cost him a ton of money or leave as free agents.

Call it stupid if you want. I call it science. And it's better than any explanation anyone else has come up with.