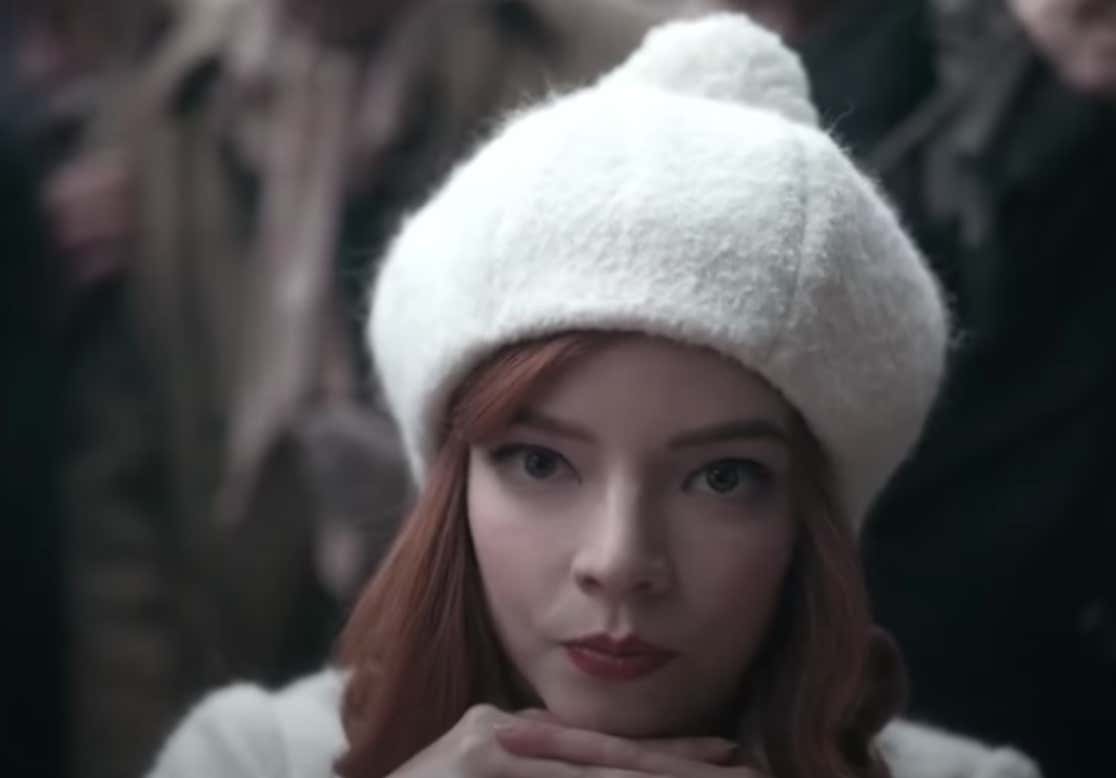 "The Queen's Gambit" is tied for my favorite show I watched this year with Lil' Dicky's Hulu show, "Dave". The two shows are completely different so it's hard to compare them, but I gave them both 9.3 Nateys out of 10. I have a feeling when it's all said and done, "Dave" will be up there with Breaking Bad as my favorite show of all time. Or at least I hope it will be, that's how much I love it.

"The Queen's Gambit", however, is labeled as a "miniseries", which as far as I understand, means it was only meant to be the set amount of episodes that aired, 7. It was never intended to have multiple seasons. But due to the success of it, the main character Anya Taylor-Joy is down to come back for another season:

Press - The Queen's Gambit is based on the 1983 book by American author Walter Tevis.

Anya plays Beth Harmon, a chess prodigy and orphan from Kentucky who battles with drink and drug addictions as she tries to become the world's best Grandmaster and beat Russian competitor Vasily Borgov.

It comes after the actress  said she 'certainly' would do a second season of hit Netflix show The Queen's Gambit.

Speaking to Town & Country, Anya said: 'If I've learned anything from being in this industry, it's never say never.

'I adore the character, and I would certainly come back if I was asked to, but I do think we leave Beth in a good place.

DO IT, NETFLIX. FUCKING DO IT.

Yes, they do leave Beth "in a good place". I don't buy that, but sure. But Beth Harmon is a flawed character, she can never *be* in a good place, just by default. Drugs and alcohol will always have a place in her life. We need to watch her fall again. To battle the demons while also battling the top chess players in the world while also fighting her love/hate relationship with fame. There is so, so much more they can do with her character. Like, she literally just woke up in a bathtub before the biggest match of her life, I'm not positive she is "in a good place".

Sometimes I feel shows go on too long, but this one would be much too short if it really was only this 1 season. The characters are too interesting, and Anya Taylor-Joy is wayyyyy too good as Beth, to stop after 7 episodes. Season 2 is a complete no-brainer...and fuck it, better make it 3. Three perfect seasons, let's do this.