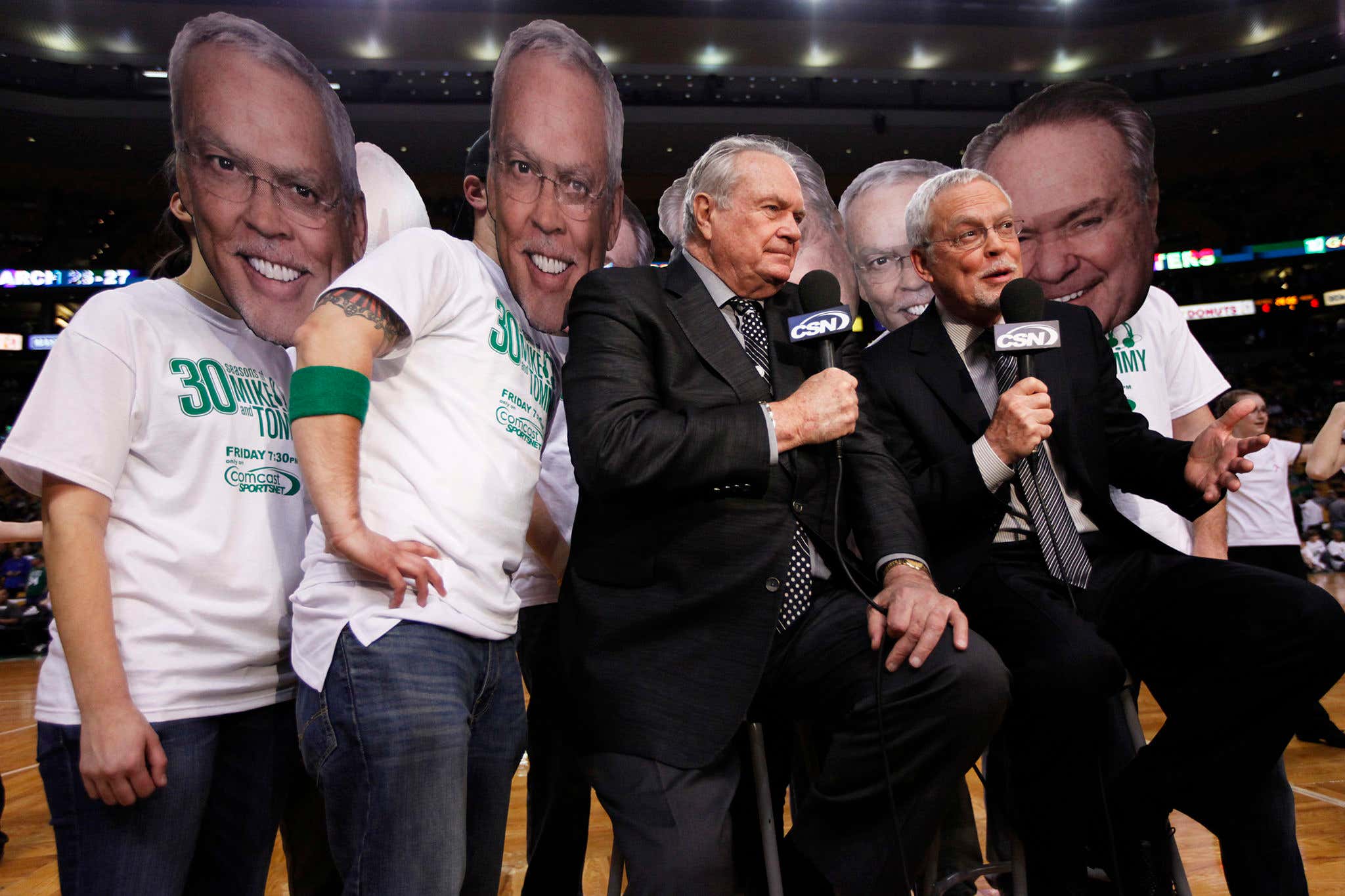 I know there is a lot going on right now with trade rumors and the Draft and all that bullshit. Well, we all need a break from that for a minute and what better way to do that than to watch/read Mike Gorman's tribute to Tommy. I know people who aren't Celtics fans or didn't grow up watching these broadcasts really understand, but Mike & Tommy were an institution. It doesn't get bigger than them. They are legends, icons, pick whatever adjective you want and it probably won't even do them justice. There probably won't be a duo like them ever again in the history of broadcasting. Decades together, calling 2800 games together, they've witnessed the best moments this franchise has to offer together and are ingrained in the fabric of every single Celtics fan on the planet.

We all felt a connection to Tommy. How could we not. Doesn't matter if you are old enough to see him as a player, or as a coach, or like me where these two have been the voices of this team for my entire life. I cannot even imagine what Mike felt while he did that tribute, but I'm sure glad he did. Even if it made me tear up on a Wednesday afternoon. But it also made me smile. That's just what Tommy does.

So do yourself a favor and give that tribute a watch if you haven't already. Hell, watch it a second time. Take a break from all the Ainge bashing or obsessing over rumors and listen to one of the GOATs talk about his partner in crime. There will never be another one like him.