Chaps blogged the initial story of Fort Bragg getting in hot water over Tweets to OnlyFans creator Quinn Finite last month, but here's some screenshots as a quick refresher: 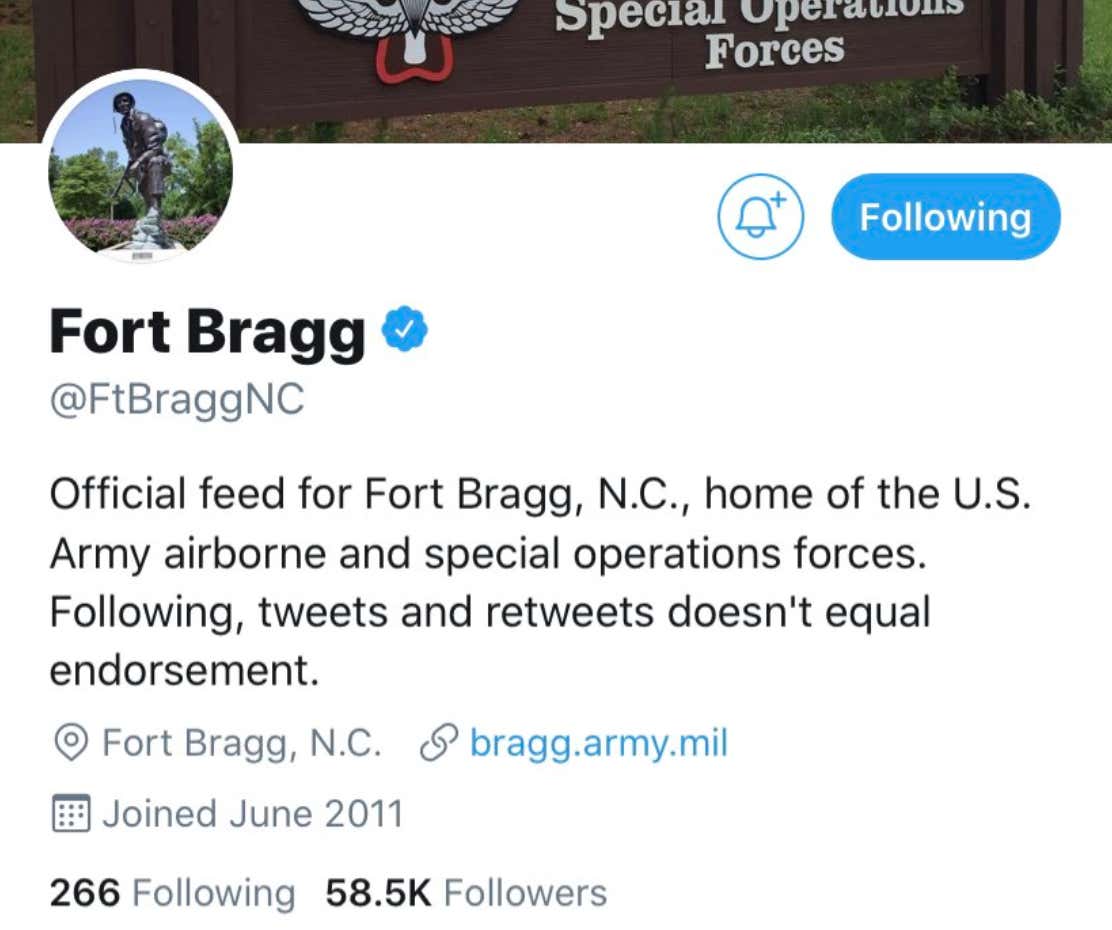 It may have started innocently enough…

… but devolved when someone ripped on her pubes & Fort Bragg swooped to her defense quicker than a Green Beret fast-roping off a Blackhawk. 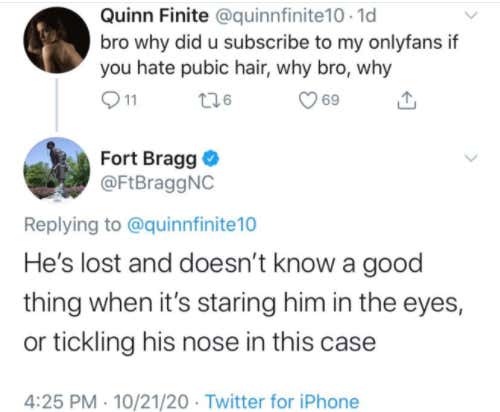 There was no more holding back the passion… 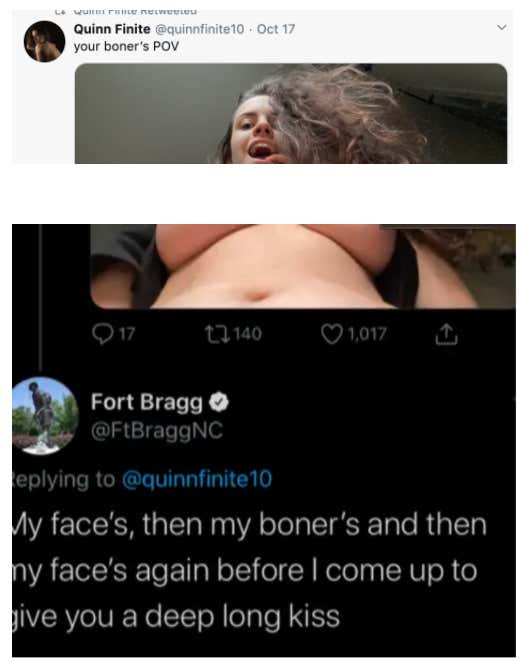 And though Quinn was having fun with it as people started to take notice, administrators at Bragg were not.. 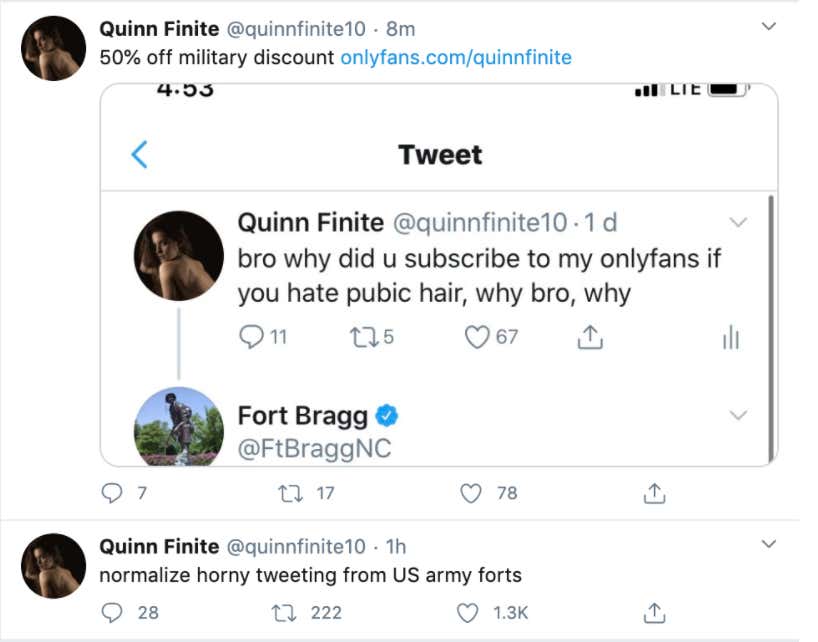 And their initial response was 'we were hacked'. 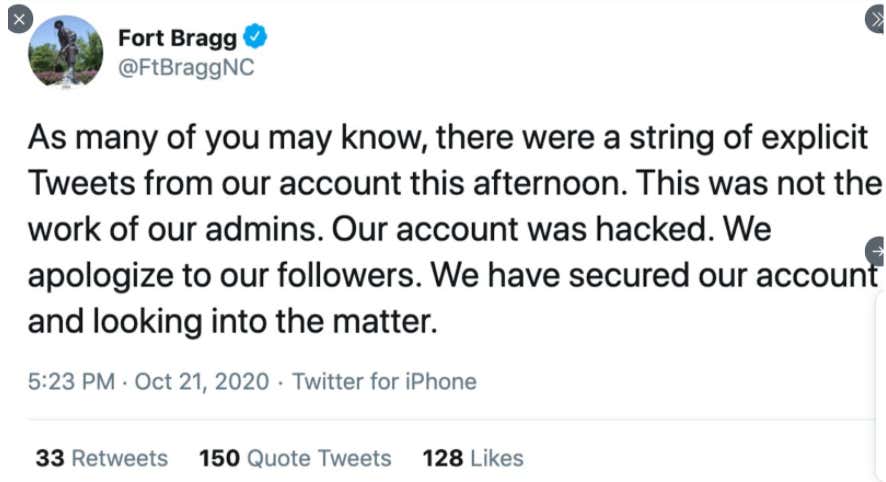 Unsurprisingly there was no hacker & the person running Bragg's account stepped forward for punishment despite Quinn standing up for them: 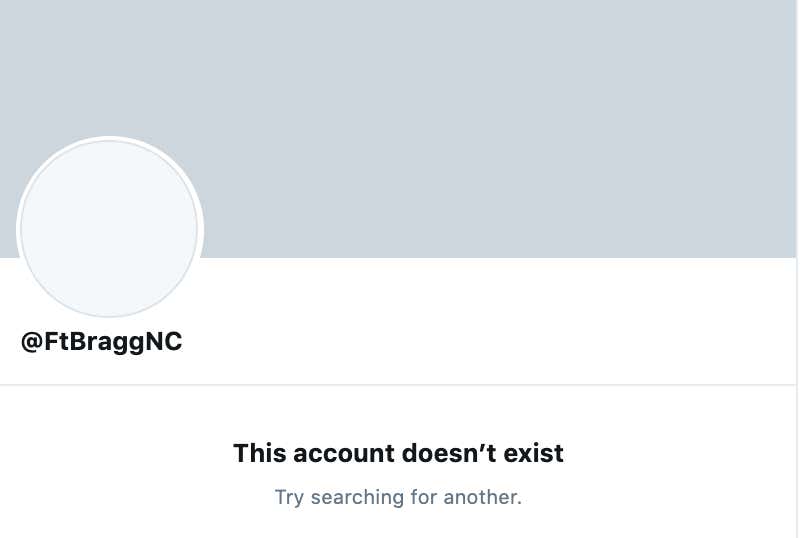 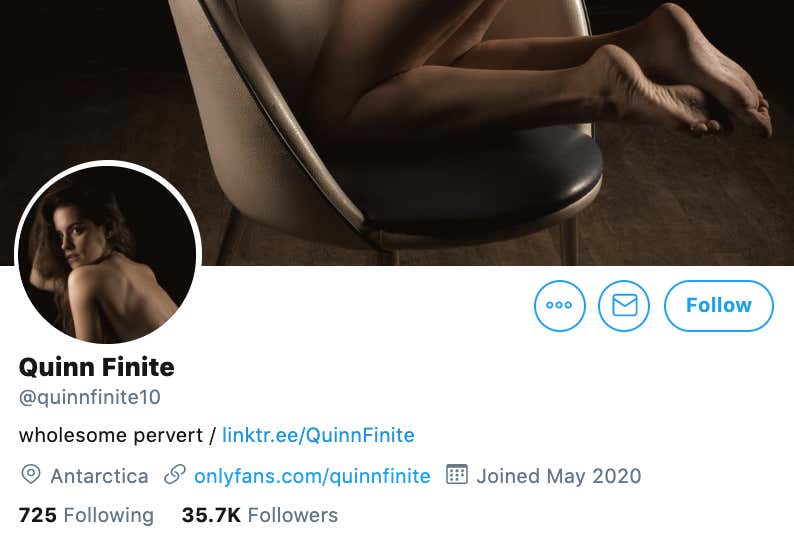 According to Business Insider:

OnlyFans relies on a ranking system that takes into account the amount of subscriptions, tips, and other factors to determine a creator's growth.

Quinn says was seeing a steady growth in the number of her fans before "everything exploded" with the viral Fort Bragg tweets. Quinn was ranked in the top 1.2% of all content creators on the platform but is now in the top 0.14% of earners.

"It was plenty to live off of, but now I kind of quintupled my income," Quinn said.

Quinn's subscribers were coming to view her content in waves. Screenshots of Fort Bragg's interaction with Quinn were repeatedly shared on social media, prompting droves of subscribers in the following weeks. After a tweet containing the interaction went viral three weeks after the incident, she gained around 500 subscribers overnight.

"You can't even pay for this kind of promotion," Quinn said. "This is the jackpot."