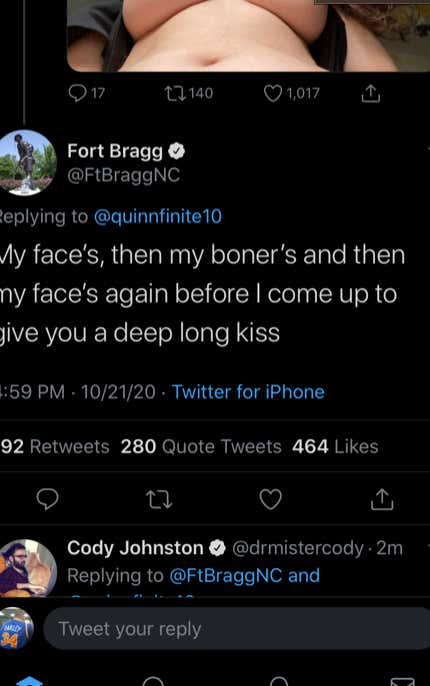 Does the fact that the PERSON posting the next tweet talking about the things his boner does change the focus on Education Week in America? NO

Does the fact that he likes some POV goofin with a little under tit change the fact that we are gonna have a safe yet fun Halloween on post?

Are we just gonna shame the guy for wanting a deep, long kiss and ignore that he was helping people just before that? How? By giving them an interactive map. COME ON!