This is something I've talked about at length in the past and has even been blogged before, but with the BBWAA releasing its 2021 Hall of Fame ballots yesterday it needed to be said again: Andruw Jones is a Hall of Famer. 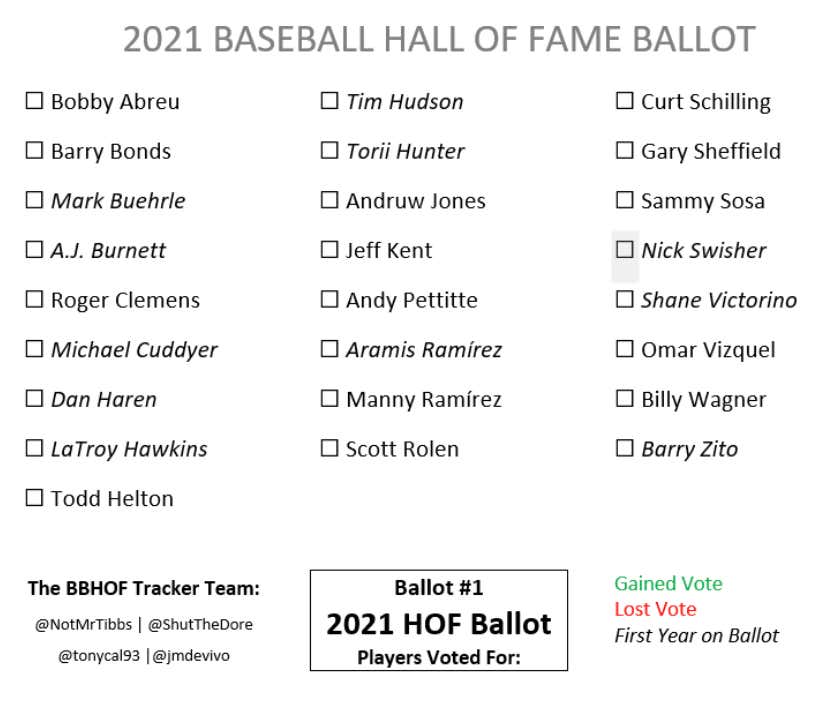 The Baseball Hall of Fame tends to get things extremely wrong, so I'm just trying to do my part to help guide them in the right direction. For starters, put Barry Bonds and Roger Clemens in, you cowards. The only one looking bad by keeping them out is baseball and the crusty old writers who sat idly by while steroid use was rampant and then suddenly became pillars of morality once The Mitchell Report dropped. Once the best hitter and a top five pitcher of all time are admitted maybe we can take Cooperstown slightly more seriously.

But that's only one step here. It's a joke Andruw Jones needs people to make his case for him. You'd think his play in the field and at the dish for a decade straight would have been more than enough, but these people don't know what they want. Forever there were certain benchmarks that if you hit you were automatically in, then they tweaked that a bit because too many people were hitting those numbers. Then they wanted to appear smarter so they started using advanced metrics and analytics, which Andruw Jones dominates, so naturally they move the goalposts and say the advanced metrics don't go far back enough to properly compare him to the players that came before him. Yes, it is as dumb as it sounds.

Luckily, @theaceofspaeder dropped a shit ton of new and old Andruw Jones stats that any person with functioning eyeballs connected to a turned on brain can read and understand, "Oh yeah there's less than a handful of centerfielders who have ever put on a glove that are even close to as good as this guy."

Andruw Jones and Willie Mays. Expect to see those two names side-by-side throughout the rest of this list because that's really the only other comparable centerfielder in the history of the game. Right, that Willie Mays.

Sidenote: another important piece of Jones' HoF case is that, much like Fernando Tatis, Jr., he was cool as hell. Extremely cool. Even figured out a cooler way to spell Andrew. And that coolness didn't just come in the form of dingers or ridiculous catches. For whatever reason the nerds and dweebs of the world love to hold it against him that he dominated for a decade straight, got a big contract and then got fat and wasn't as good. Ummm unless you're the GM who signed him to that deal I don't understand your problem because that's extremely cool. He proved his point. He won TEN (10) straight Gold Gloves and decided enough was enough. Time to get paid, live in LA, maybe try now and then. Andruw Jones' coolness is too understated for my liking, that ends today.

Andruw Jones is, at worst, the second best defensive centerfielder of all time. He has more than enough case to be considered the GOAT defensive centerfielder, but I wont argue with anyone who picks Mays. But the reason I'm ending with the "defensive" moniker is it takes away from the fact that he was a complete player. His average wasn't super high, I've been told batting average doesn't matter anymore. Plant those goalposts once and for all and stop moving them. He hit over 400 home runs as a centerfielder while catching anything and everything that was hit in his general direction, that feels far more important than holding a .300 batting average.

The point is that if defense matters, and we have numbers that point to exactly how dominant he was as a defender, and he also did things offensively that often no other centerfielder has ever come close to… what's the argument against him being a lock for Cooperstown? If he did this for five years, sure, that wouldn't be long enough. I get that and agree. But A DECADE??? 10 straight years of dominance is more than enough to qualify you for the Hall, any sport. If he flat out retired after that tenth year I don't think people would argue against him being in. But because he was smart and decided to keep cashing checks that's now being held against him? P. U. That line of thinking stinks and you should feel bad for having it cross your inferior brain. Andruw Jones is a Hall of Famer. Make the man his bust and enshrine him for eternity as he deserves. The longer this goes on the more baseball exposes itself to be a complete clown show.