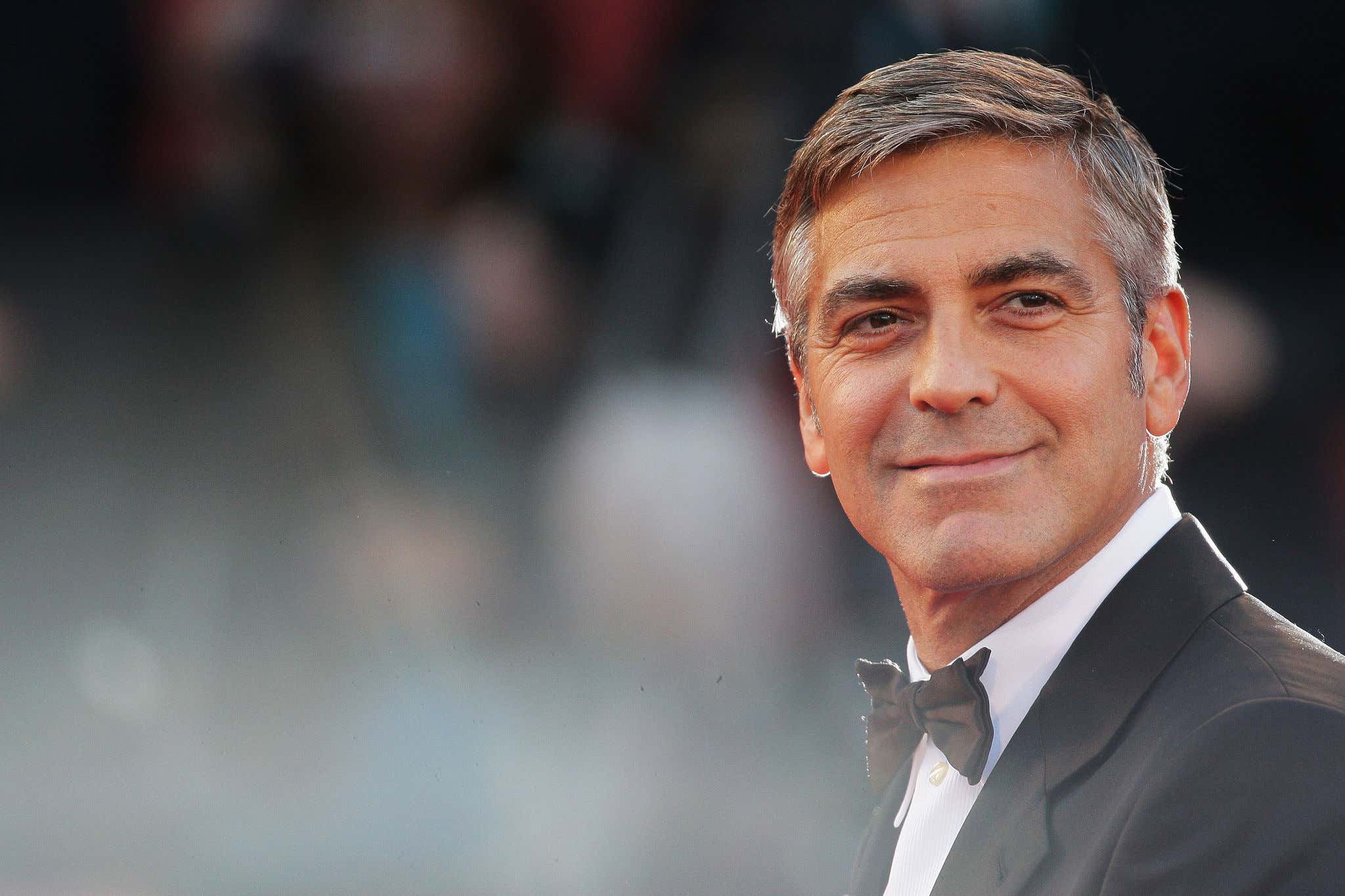 Growing up I had this fantasy of becoming stupid rich, taking all of my best friends to Vegas or some sick island and just having the time of our lives on my dime. No one would have to worry about a single dollar because I had more money than God and could pay for it all. Listen, it was a nice dream to have. I'm not complaining in the slightest about my life, but I think I'm going to fall short of that goal unless maybe I invent a tequila company for fun that sells for a billion dollars.

Well, George Clooney did that and basically took my dream one step further. In an exclusive interview with GQ that came out today Clooney confirms a story told by a friend that he once gave a million bucks in cash to 14 of his closest pals as a thank you for always being there for him. This story first came out a few years ago, but hearing it from Clooney himself is so much better. You can tell he wanted this kept a secret, but with the cat out of the bag he decided to spill the beans once and for all.

Back in 2013 Clooney didn't really have any family and had just started dating his eventual wife Amal. What he realized he did have were his boys who had been there from the beginning. This quote is so awesome.

Scary part is he literally almost died a few years ago when he crashed his scooter. Anyways, piggy backing off that quote he decided to give 14 of his closest friends one million dollars in cash. Absolute baller move. Now that the thought had been processed he needed to figure out how to get his hands on that much cash without robbing Terry Benedict's vault again. I picture Clooney walking up to a bank and filling out a withdrawal slip for 14 mill and handing it to the teller with a straight face as if he was going on with his usual day.

Clooney did some research, and what he found was that in downtown Los Angeles, in an undisclosed location, there is a place you can go, “and they have giant pallets of cash.” So Clooney got an old beat-up van that said “Florist” on it, like he was in a heist movie, and he drove downtown, and he got in an elevator with the florist's van, and he took the van down to the vault and loaded it up with cash. He told no one but his assistant “and a couple of security guys that were shitting themselves. And we brought it up, and I bought 14 Tumi bags, and then I packed in a million bucks, cash, which isn't as much as you think it is, weight-wise, into these Tumi bags.”

This alone could have been part of a movie. Clooney driving around in a florist van with 14 million in cash. God my life fucking sucks. The most exciting thing I do all week is watch Red Zone. This motherfucker is reliving parts of his old movies just to show his gratitude for his long-time buddies.

The next day he had all his friends come over. “And I just held up a map and I just pointed to all the places I got to go in the world and all the things I've gotten to see because of them. And I said, ‘How do you repay people like that?’ And I said, ‘Oh, well: How about a million bucks?’

He said this was just when he and Amal started dating. Imagine she asked him what he's been doing on like date 3 and he just drops that story? Check please, take me home and do whatever you want to me you are the greatest man to ever walk this Earth.

On a side note, all I keep thinking about it the 15th friend who didn't make the cut. There's always that one guy who didn't get invited to the wedding that you and your wife debated on. That fringe friend who just misses out and some people murmur where is so and so. Well how about missing out on a million dollars cash? Gotta just end it all right then and there. You can't recover from that. The pressure Clooney was under to make that list might be the hardest part of all this. I don't know if I could have done it! I wonder if there was a friend in that group who was kinda undeserving but George didn't want to hurt anyone's feelings.

Bottom line, George Clooney lives life the right way and is one of the better men out there. We all need a friend like him. One that doesn't even make us pay taxes on a million dollar gift. Can't imagine this was anywhere legal, but who gives a shit. He was asked by a rich guy about this generosity and why he'd give away that much money. His answer is perfect.

“You know, it's funny,” Clooney says. “I remember talking to one really rich asshole who I ran into in a hotel in Vegas—certainly a lot richer than I am. And I remember the story about the cash had come out, and he was like, ‘Why would you do that?’ ”

Clooney smiles. “And I was like, ‘Why wouldn't you do that, you schmuck?’ ”