You know what they say...it's always darkest before it's completely black. That is where we are right now. Staring head on into a dark, isolated, freezing cold Chicago winter with no Thanksgiving, no Christmas, but an endless supply of Ground Hog Days because that is our reality so long as the McCaskeys own the team. We had Bears legend, Olin Kreutz, on the podcast last week and he said this

Then last night in the Redline Radio post game podcast we said that if the Bears get blown out by the Packers coming off a bye week and that embarrassment then Nagy and maybe Ryan Pace should be fired immediately. That would be justice and some red meat for the fan base who desperately wants some. Then we quickly dismissed that idea because...the McCaskeys would never do that. They just wouldn't. They see themselves as these bizarro world Rooneys...do things the "right way", but just without, you know...doing anything right on the field.

I think it's time for the McCaskeys to do the right thing for everyone, including themselves, and sell the team. There are some really good reasons for them to do just that.

1) They are not good at running a team. I love the idea of the Halas Family, who are descendants of the man who invented the NFL and made the Bears a flagship franchise with 7 NFL championships pre-Super Bowl. It's just not in the cards. We have run this experiment for long enough now to know that the McCaskeys stink at NFL ownership.

2) The McCaskeys would get pretty good ROI...Halas invested a HUGE sum of $100 USD in 1920 to start the franchise. The Bears are now worth an estimated $3.25 BILLION by Forbes as of September 2020. I would guess their sale price would be well north of that. The Bills sold for $1.2B in 2014 and the Panthers sold for $2.2B in 2018. That is for teams in Buffalo and Charlotte. I can't even imagine what an iconic NFL brand in a MAJOR market with no other NFL competition would sell for. $10B? 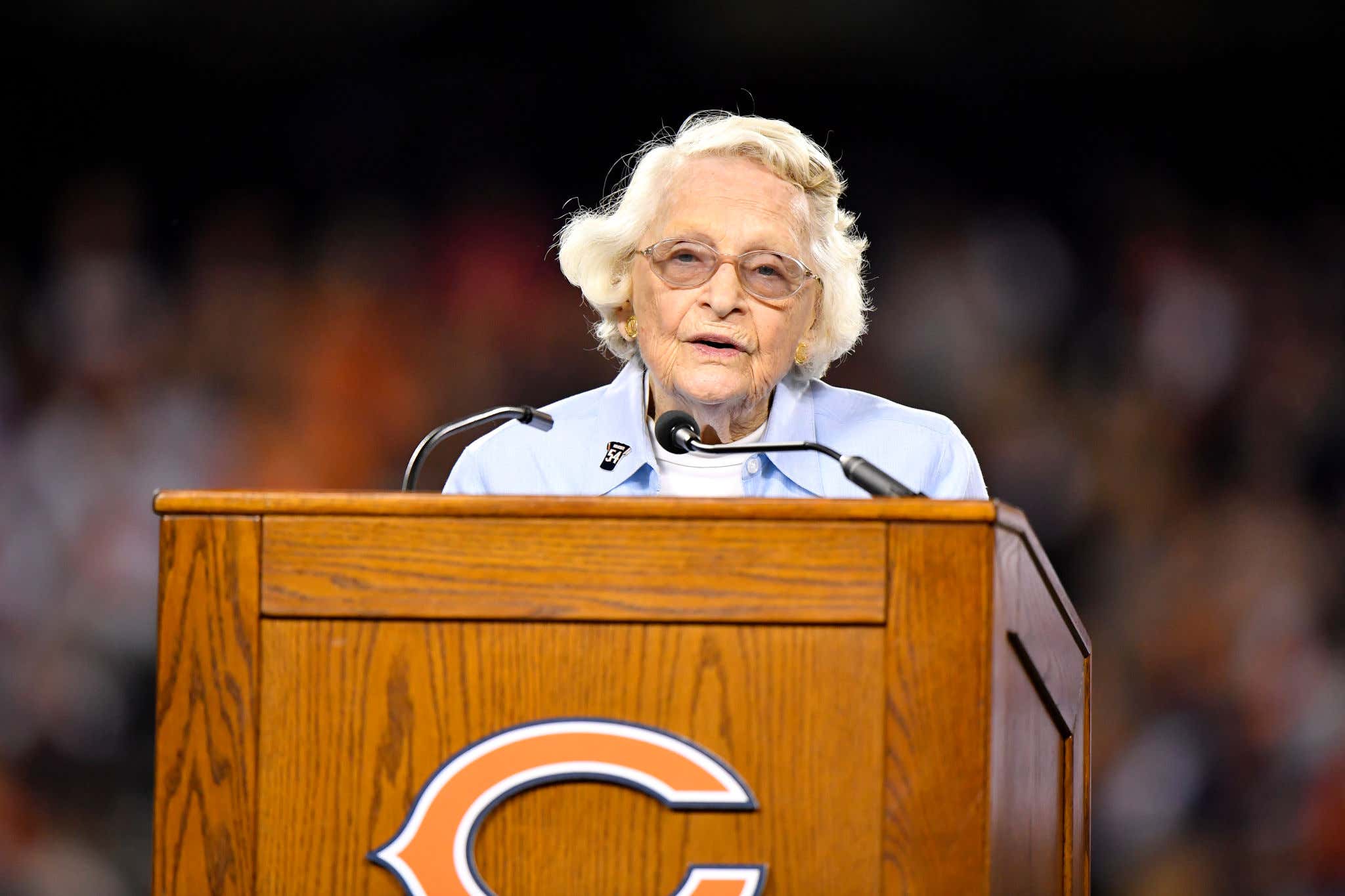 Virginia McCaskey (and her 11 children) own roughly 80% of the franchise according to an ESPN article from 2015. However, when Virginia sadly passes one day it'll be the first time that a single McCaskey no longer has controlling interest in the Bears franchise. The "majority" owner title at that point would shift to a guy named Pat Ryan. He has the right of first refusal for any potential Bears sale. He is worth $3.2B and is 83 years-old himself. Do the Bears really want to relinquish control to a guy outside the family simply because the NFL's matriarch passed? I wouldn't. I'd rather control my family's destiny and sell to the highest bidder. Maybe it's Pat Ryan, maybe it's not, but at least you're not sitting there on the board having a pissing content with the guy who now sits in the big chair left by Virginia. The McCaskeys might be content to sit back and cash checks from the NFL forever as the city wallows in misery year after year. Or maybe they want one big cash payout to be divided amongst the family equally so they can go their separate ways and be fabulously wealthy forever. Sounds like a win-win-win for everyone including us the fans. Make it happen. Listen to the podcast