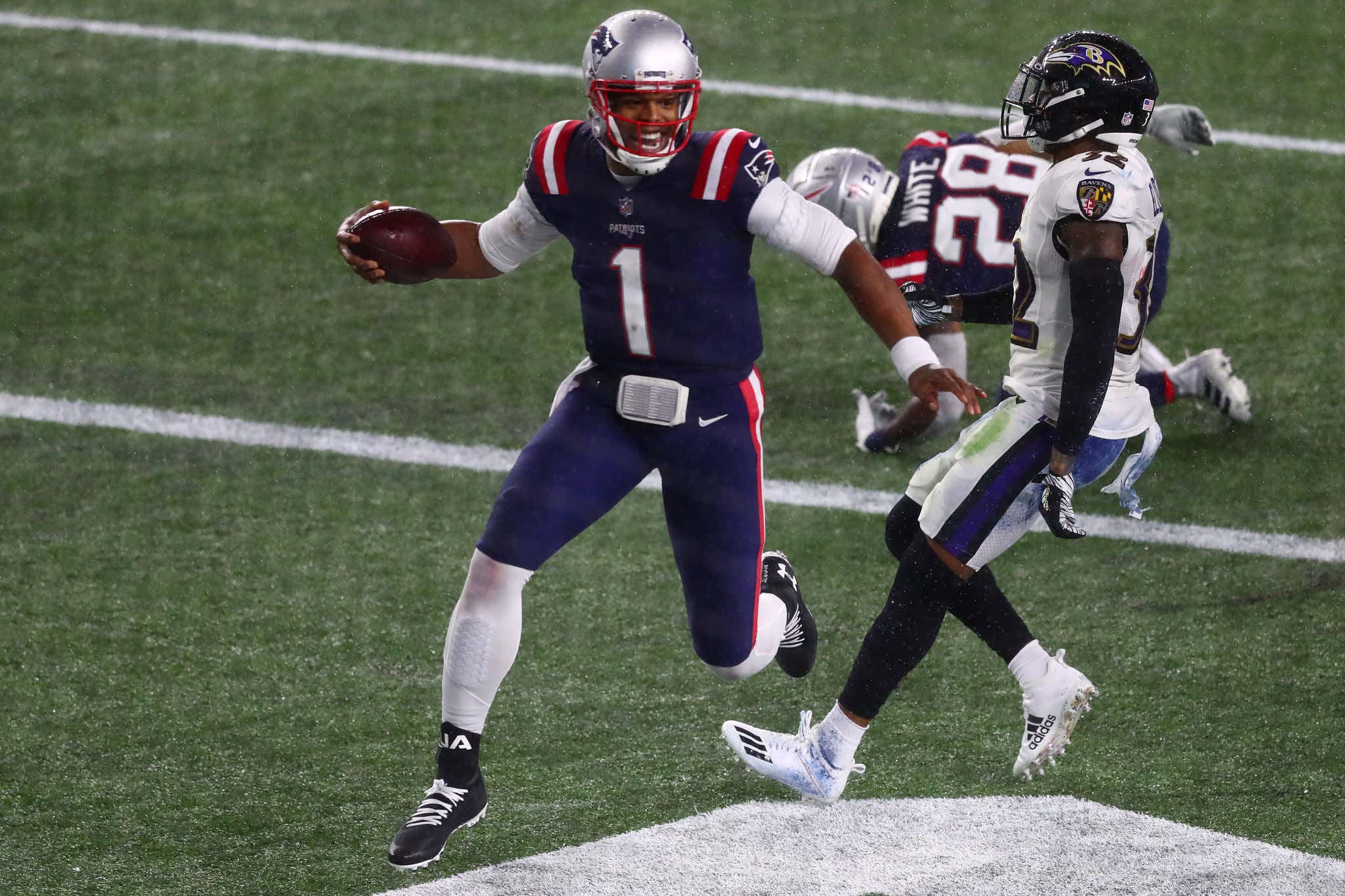 What an ugly disgusting football game in so many ways. The Ravens prided themselves so much on staying mistake-free and imposing their will on other teams last year. Tonight was the complete opposite. The defense got bullied. They were missing Calais Campbell and lost Brandon Williams early, but they had no answer whatsoever for Cam Newton and Damien Harris' downhill running attack. They were constantly giving up too much on early downs and allowing Cam to dictate the pace of the game.

On top of that they compounded their incompetence with some really stupid mistakes. The INT before half is becoming a staple by Lamar. I don't hate the idea of taking a shot in that position, but Hollywood Brown is not the guy to be throwing to there, especially when covered by somebody as big as JC Jackson. He's not going to be winning that jump ball. He's just not. Twice as bad was the wildcat 4th and 1 call with Ingram in the backfield? The botched snap makes it look worse, but there's no redeeming quality to that play. Lamar Jackson is your best runner. QB or RB or WR or whatever. He is the best person on the roster with the football in his hands, and every time he is in the backfield he creates the matchup problem that the entire premise of the Wildcat is built upon. It makes absolutely no sense for Greg Roman to make that playcall EVER, and it's even worse that he chose to run it in that spot.

To make matters worse, Ravens players were dropping like flies. I already mentioned B-Will, and at certain points both Marlon Humphrey and Marcus Peters stepped out to get looked at. And Nick Boyle? Gross man. Watched the play live and did not care to look at any replays because I know it was that gruesome. He is so criticial to what the Ravens do in that offense and they have nobody on this roster who can do what he does. I don't know what the answer is and they'll have to figure that out quick.

The other thing that's irritating as shit is the inability to get out of our own way when it's time for Lamar to prove something. I'm not at all absolving Lamar of mistakes he's made, but it feels like his receivers are exclusively dropping passes when we're trying to make a comeback. Snead had a brutal drop on a potential chunk play. Andrews dropped an easy first down pass on what turned out to be our last good chance to put together a drive. And the conditions were wet, but the botched snap completely murdered that drive and Lamar only got the ball back with little time to spare and no timeouts. And that last drive was absolutely comical. God just spitting right in our eyeballs with that torrential downpour. Lamar just cannot catch a break.

Just an ugly football game on an ugly night. Gonna need some time to contemplate some things. There are way too many questions and not enough answers about this football team and the list of questions is growing. I don't know what more to say. Go get em next week I guess.