Quick little update from Cincinnati because I'm addicted to Bengals news. Not even a Bengals fan, but I find everything they do fucking entertaining as hell. You never know what to expect. Whether it's getting a cool guy in Joe Burrow admitting he's scared of Harry Potter or Carlos Dunlap trying to sell his house on Twitter or John Ross admitting he hates the franchise on Twitter. They are a content goldmine. Speaking of John Ross, you see that list above. Those are the cornerbacks available for today against the Steelers. Not great!

So what do they do? They decide to go to John Ross, who is roughly 142nd on the WR depth chart for the team to be ready to play some defensive back. Go watch Troy Brown tape or shit. But because it's the Bengals, this is what happened:

Yep, that sounds about right. John Ross is just a name you say around Cincinnati and people lose their shit. Why? This is when he was drafted: 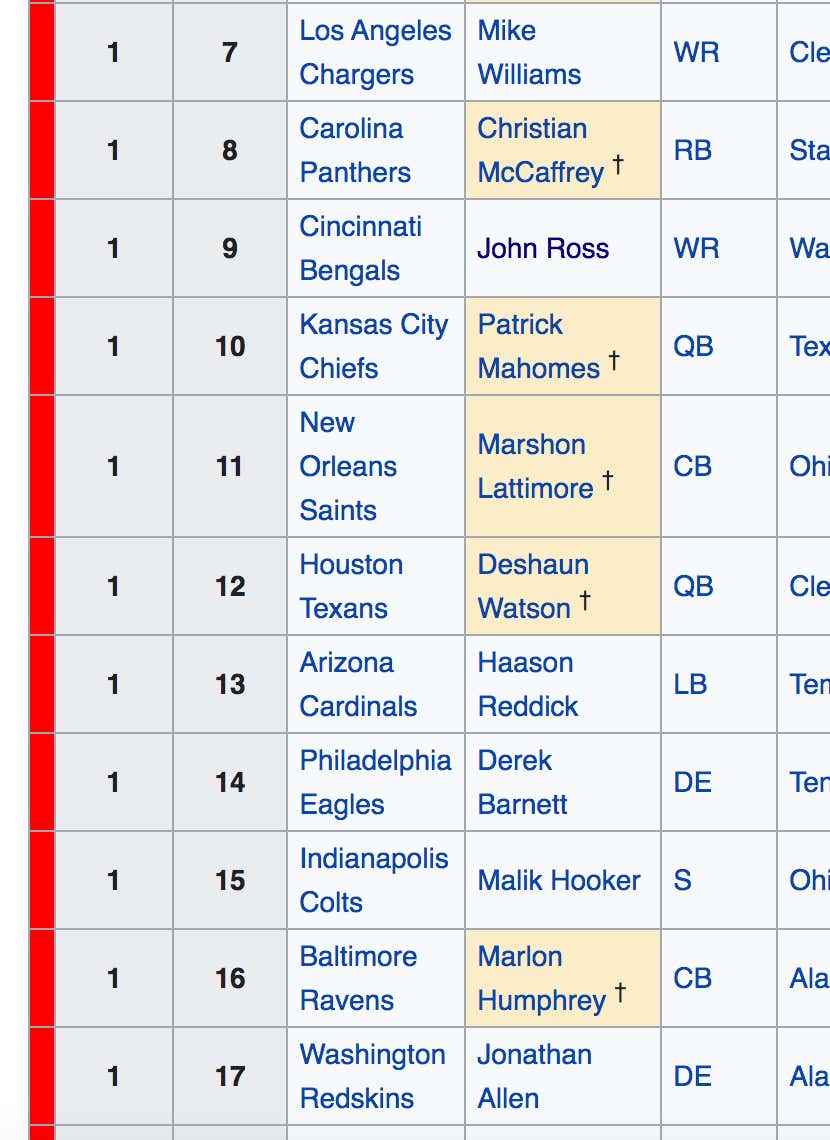 Yikes. This is part of the reason why I always say the Bengals can't be good. It wouldn't seem right. They have to lose playoff games in heartbreaking fashion. They have to stink. They are just a franchise that should always be a loser. There are a few of them out there across sports. The Kings always felt that way in the NBA. The Lions are another NFL team like this.

Hell, even the fact that people had to adjust reports on when Ross got hurt is very Bengal-esque. He didn't even get a chance to play cornerback after being asked to move over there and cover JuJu. Never change, Cincinnati.