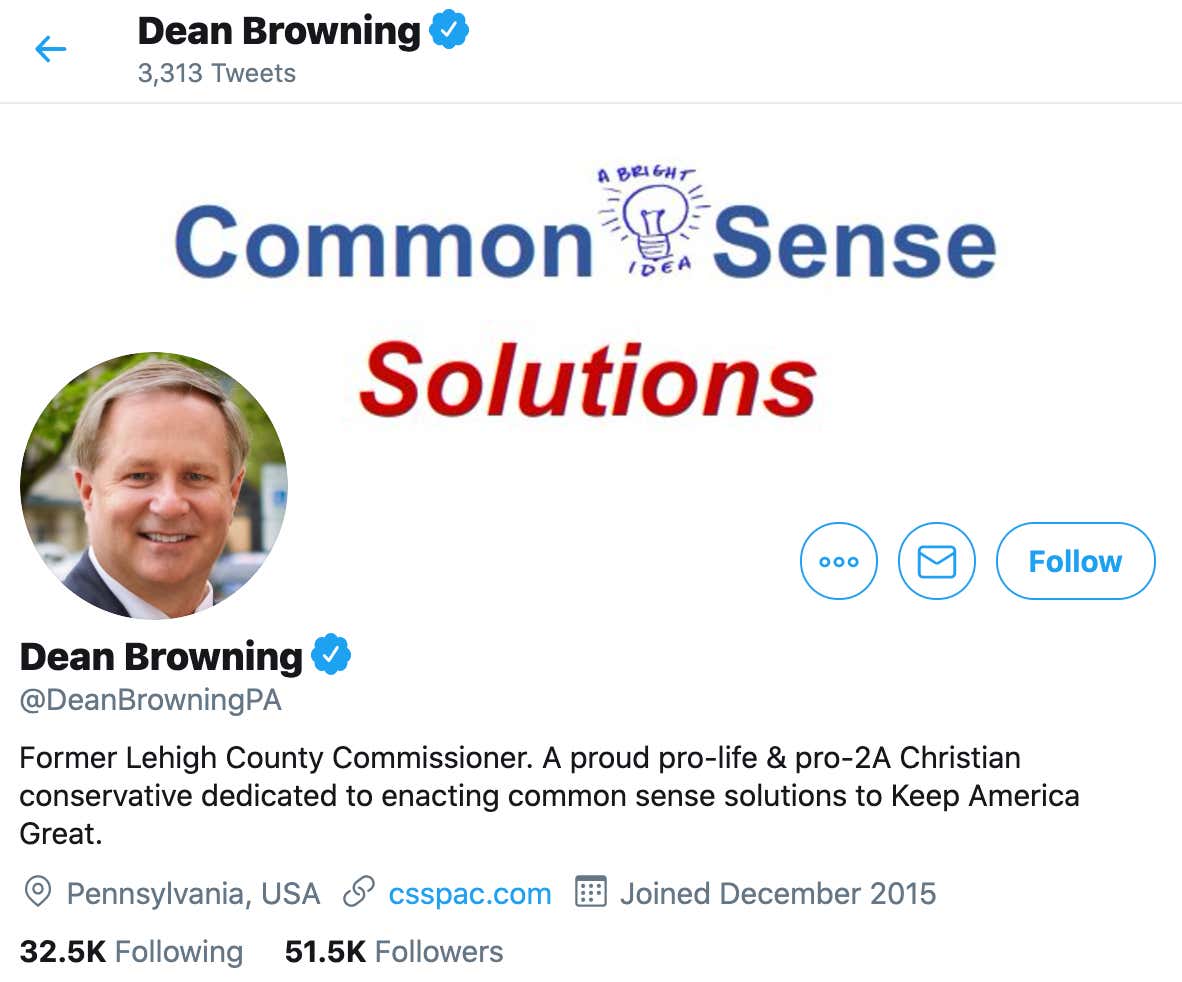 Meet Dean Browning. He is former Lehigh County commissioner that was a nominee for Pennsylvania's 7th Congressional district this year. While you don't want to assume anything in 2020, he is, by all accounts, a straight white male.

Personally, I live by one hard and fast rule in life: When I go online to argue about politics under a completely different identity (I have dozens of accounts ranging from elderly transexual Asian woman to a white guy named Greg), I always remember to switch to my burner account. Dean learned a hard lesson today.

Instead of just deleting his entire account, he went with the old, "I just forgot to add the quotation marks and explain that it was a quote" defense. A timeless classic.

His backup excuse was reportedly that he left his phone unlocked and his (real) gay black friend accidentally picked it up and thought it was his.

Look, Dean is not the first person to get caught with a burner account, and he won't be the last. I'm sure there are too many in the political world to keep track of. But even cutting out the rest of his tweet which is a bunch of political stuff nobody cares about, this snippet is undeniably hilarious to look at. 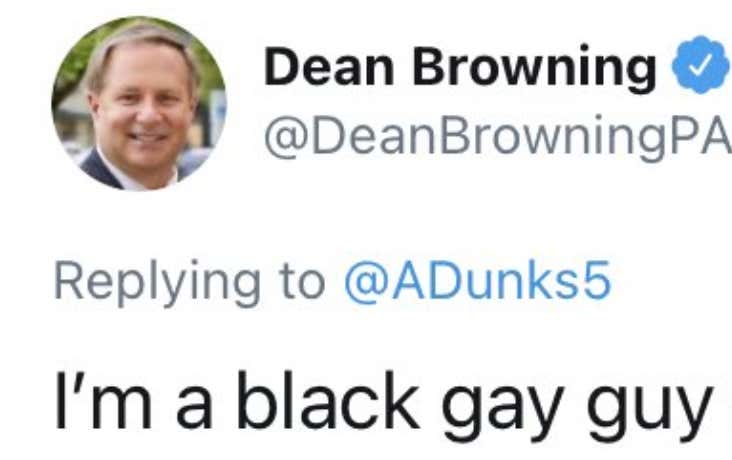