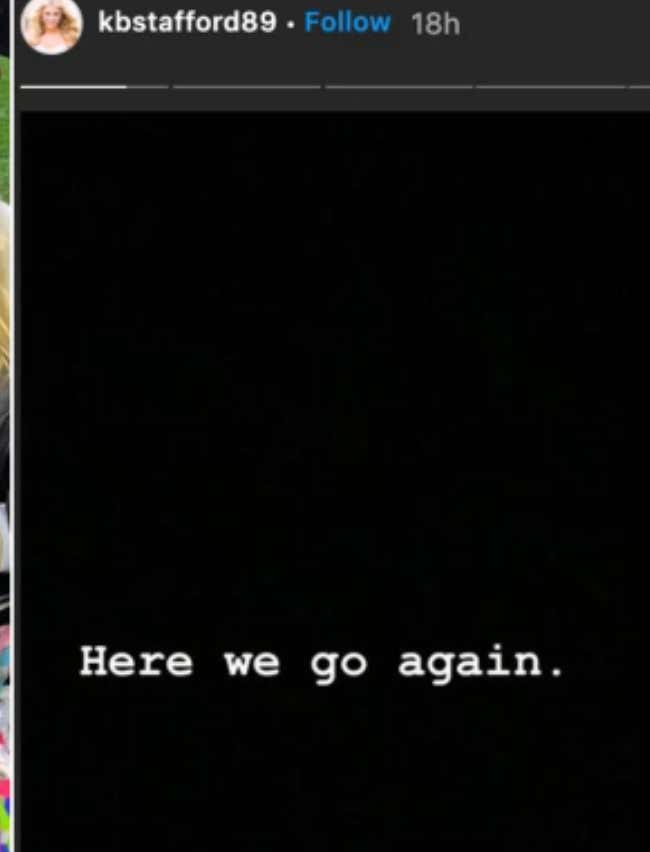 Guess who's back!?! That's Kelly Stafford's music! You might remember she recently went on Instagram to attack the Detroit newspaper for blaming the Lions loss on Matt as well as saying Ford Field sucks. I'm not surprised. I don't see Ford Field as some awesome homefield advantage, fans or not. And yes, I'm including these fans:

And now she's back thanks to Matt Stafford being on the Covid list. Now you may wonder why is she making such a big deal of this. Stafford was apparently 'high-risk' due to close contact with a teammate who tested positive. Well it's the second time the NFL made it public that Stafford had/was a risk for Coronavirus

I'll say this, as a parent the last thing you fuck with is your kids and making them stay locked up. You go scorched Earth because no parent wants their kid in the house, around them 24/7 for multiple days. That's just a fact. So she's going full mama bear and honestly it's deserved. I'd lose my mind if my kid and I were locked in the house together for a week with no escape because of a false positive and I just have kid. Now imagine that with 4. No thank you.

I want it known I'd like Kelly Stafford to be on my side. She'll attack anyone! A true ride or die. She can play on my team any day of the week. And I mean it's the Lions, so she can talk shit because it's not like they'd compete anyways. Moral of the story - don't piss off Kelly Stafford.