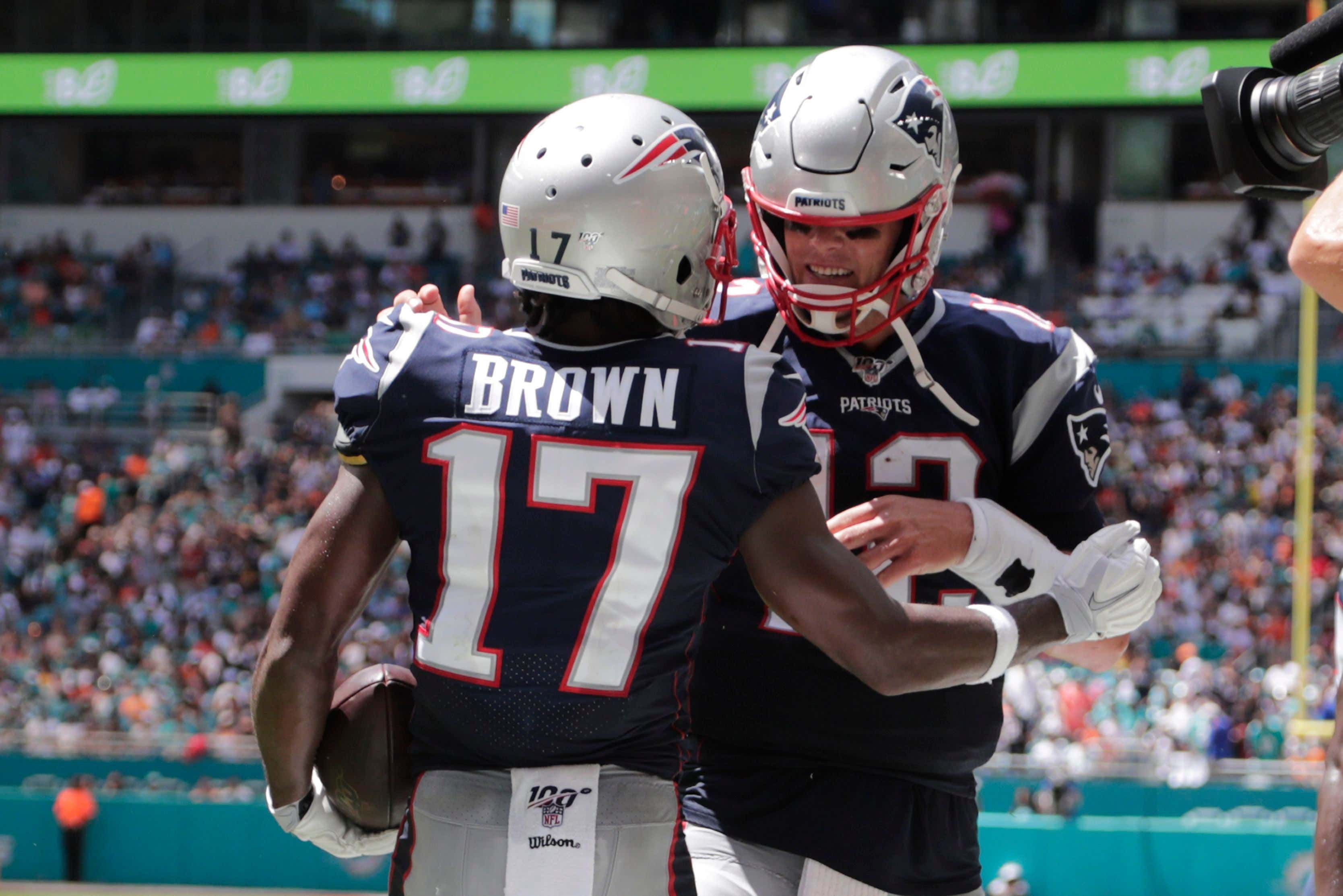 One of my favorite tropes in fiction is the Man in Charge Who is So Blinded by Ambition He Makes the Same Mistakes Without Regard to the Damage That Will Result. The Paul Reiser character in "Aliens" who not only colonized a planet crawling with xenomorphs, he wanted to save the critters and turn them into weapons for the corporation. Lex Luthor in all the Superman movies, sequels and reboots. The scientist in every movie where they mess with Nature and create something they shouldn't. The ones who keep letting psycho killers out of the mental ward in horror films. Hell, Mayor Vaughn of Amity wanted the beaches open in "Jaws 2," fercrissakes.

The lesser known, but still intriguing subset of the trope is the Man Who Wants to Seem Like He's in Charge but Really Isn't Calling the Shots and Still Goes Along With Repeating the Same Mistakes. I have a prime example.

"I think [Antonio Brown has] matured, and I believe in second chances. Everybody wants to say that Tom picked him. Tom didn't have anything to do with it. This was something Jason and I had been talking [about] for a couple weeks, ever since the injuries to our other guys. When the time was right, would we see if we could pull the trigger and fit him in to what we want to get done? And we'll see."

“I know everybody wants to say Tom Brady lobbied us to get this done. Tom Brady lobbied me back in, gosh, June, July, August. I said no. It didn’t fit then. Now, we’re in the hunt. I owe it to the rest of my players—if there’s a guy that fits our salary cap cheap, who’s a Pro Bowl-type player, let’s bring him on our squad. Who says he has to start? I mean, we just got another Pro Bowl player to put in if one of those guys go down. AB brings another dynamic to our team that we don’t have. I owe it to the rest of our players to put the best team out there possible. I don’t foresee any problems. I don’t anticipate any situation where he and I are gonna have a problem."

Look, it's one thing if Bruce Arians wants to pretend he doesn't despise the idea of having to be reunited with Antonio Brown with every synapse in his brain. Or know better than anybody what it's like to have to coach this mercurial, team-killing, unstable crackpot. Even though we saved the receipts:

And he can even mouth the company line that Brown has suddenly become somebody other than the person he's been his entire adult life. He's no longer the guy who chucked furniture off the balcony of his high rise or texted photos of an accuser's kids to her and three members of his entourage even though she wasn't looking for anything out of him. Or chucked rocks at the driver of a moving truck for the crime of wanting to get paid. Or the guy who pulled this crackpot move and posted it because he thought it made him look good.

Arians can claim that it's because suddenly the Bucs have some need that didn't exist in March, all summer, or in the first seven weeks of the season. Even though though his team is 5-2 and has one of the deepest skill position depth charts in football. But pretending his quarterback didn't orchestrate it is a such a ballsy lie he should be running for office. All the reports about the "rift" in Foxboro over the last couple of years - if you believe them - include Brady being frustrated about not having a say in personnel moves in general, and the decision to release Brown after their 10 day whirlwind bromance in particular. By Arians' own admission, the GOAT lobbied hard for a reunion. Now that he's expecting us to believe this was his decision and not Brady demanding it is an insult to the public's intelligence. And given how much we get lied to on a daily basis, it takes a lot to insult us.

I get it. Arians is worried about the public perception that he's not in charge. He's got a well-crafted reputation as a players' guy. Coach McFriendly. So when he takes on a player who made his life miserable in Pittsburgh, it makes him look weak and feckless. But just don't try to convince us that Tom Brady is not running the show in Tampa.

As Ron Meyer once said when he was fired in New England, hired by the Colts who then promptly signed Kenneth Sims, who (like every other Patriots player) had zero respect for him, "In this business, we're all whores to talent." All I ask is that Arians be just as brutally honest.