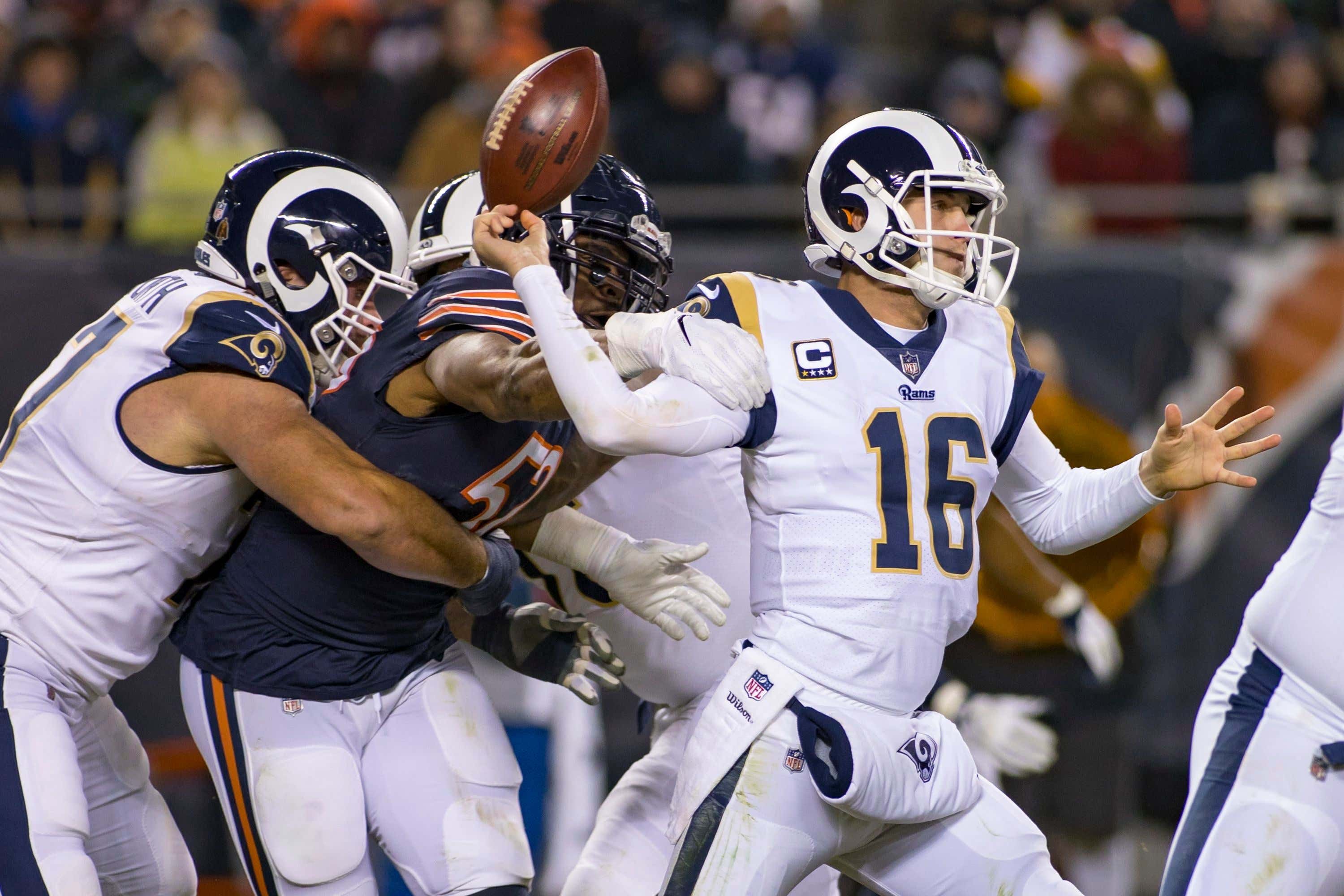 Big time game on primetime in what is kind of a rubber match between the Bears/Rams from the last 3 years. In 2018 during the Bears playoff run they smashed Goff & the Rams in the bitter cold to turn themselves into a legitimate playoff team. Then last year the Bears lost an ugly one to pretty much shatter all playoff hopes.

This time around both teams are ripe for the taking after having similarly strong starts. We talked to Brandon Thorne on Red Line Radio last week to give us a preview of the trenches because it's going to be a massive part of this game. It feels like our O-line has continued to regress which is not great when you're facing Aaron Donald, but our defensive front 7 should be ready to have a day versus LA.

In the end I love our guys on D. They've only continued to get better and I truly think they're in Goff's head.

For 1st outright in the NFC.