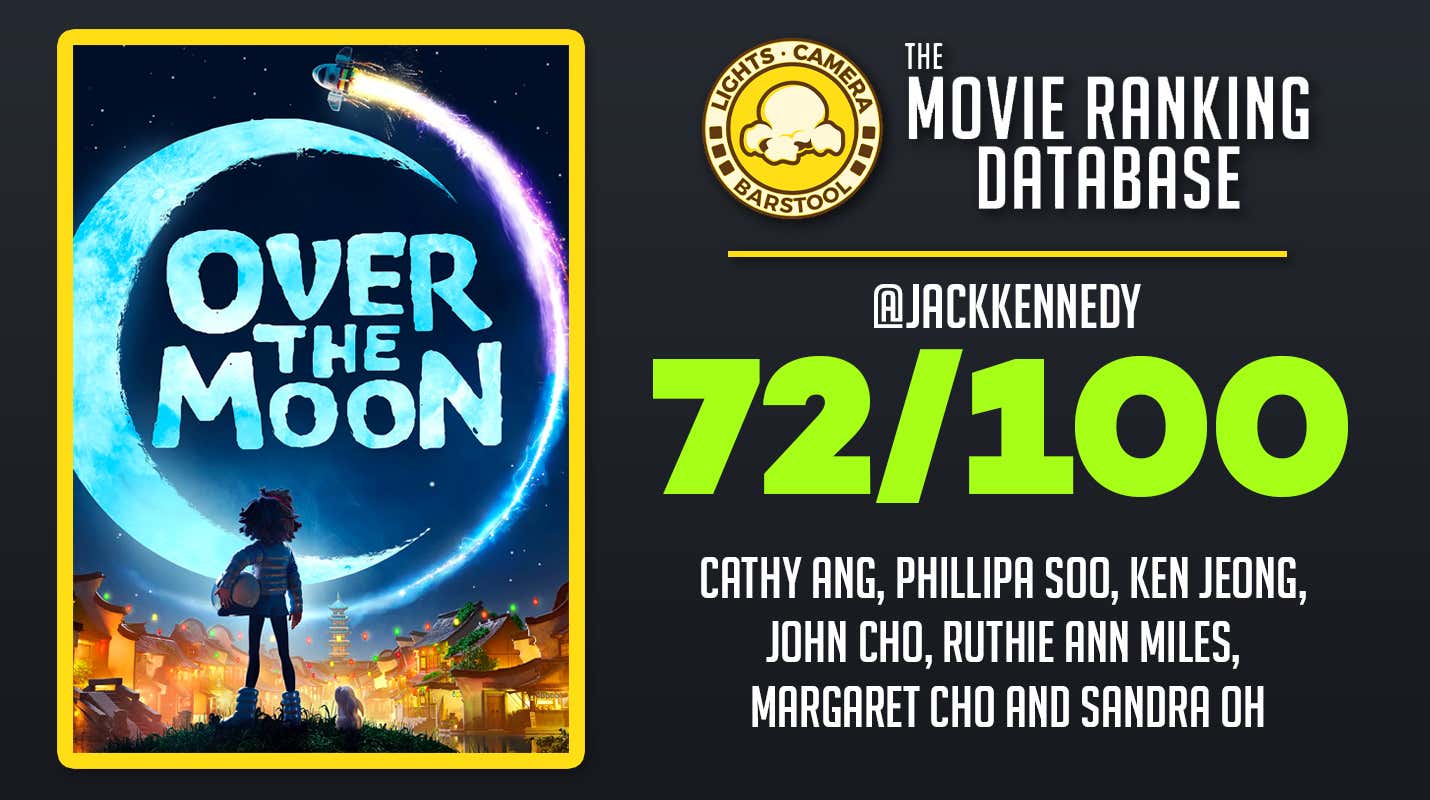 This movie snuck up on me big time either because Netflix didn't market it a ton or because I had new-release horse blinders on for Borat 2. Regardless of that, 'Over The Moon' was an unexpected delight that definitely succeeds as a kids movie but struggles a little from the adult perspective. I will give any animated movie that elicits a tear, which this movie did, a lot of props, though.

I really enjoyed the voice cast, particularly Cathy Ang's Fei Fei, Ken Jeong's Gobi and Robert G. Chiu's Chin. Fei Fei was a classic sad/confused teen that Ang played to perfection, and her step-brother Chin was a mostly hilarious addition to her development as a character. Jeong really stole the show for me, delivering 2 or 3 laugh out loud moments.

This movie works totally fine for the kids that it's made for. It's super colorful with plenty of imagination and cute moments for them to latch on to. From an adult perspective, there is definitely a couple of groans and some confusion. The movie is essentially built around Chang'e, the goddess of the moon, and Fei Fei's desire to meet her. Her introduction and the next 25 minutes are by far the worst in the movie. She does a weird pop song followed by a rap battle ping pong match which left a really bad taste in my mouth. There also just wasn't a ton of development for anyone outside of Fei Fei. I never felt a ton of empathy for or connection with Chang'e, Chin, Gobi, or anyone else, really.

That said, this movie has a really very bittersweet message about how we all deal with grief, and the emotional climax hits pretty hard. To me, any movie that elicit that kind emotion is a win. I just wish it was a little more fluid and structured less like a musical and more like a movie. Mostly because the songs weren't very good, but more so because it detracted from the story.

If you have kids, I'd imagine they will like this and it should be an easy watch for a parent. Don't expect anything groundbreaking, though.