Clayton Kershaw has been a hot topic all postseason. Is he really as much of a playoff choke artist as everyone says he is? How damning are his playoff stats to his overall legacy? Or are his playoff struggles overblown? Do we just remember some of his worst starts more than the gems he's pitched? Mike Francesa weighed in on the raging debate this morning. 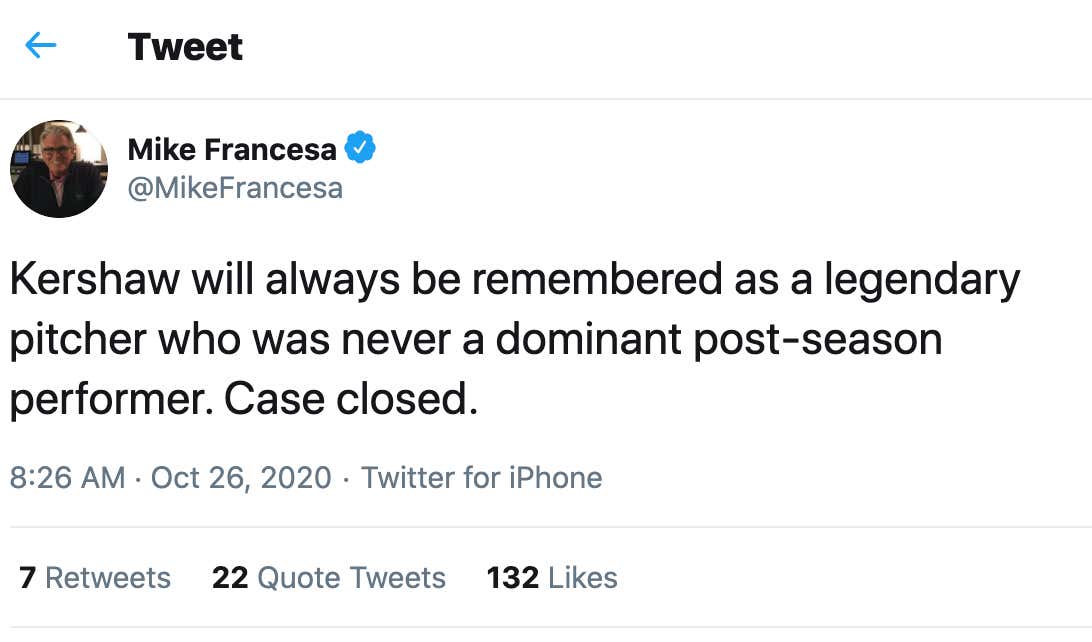 A popular take shared by many. The stats definitely back up Mike here. Kershaw has a career 2.43 regular season ERA. He's won 3 Cy Young Awards and an MVP. He is the most dominant regular season pitcher of his generation. But in the playoffs? The stats just aren't the same. His career postseason ERA is almost 2 runs higher, sitting at 4.19 across 189 innings. That's extremely pedestrian to below average. Heading into the World Series, 18 of his 29 playoff starts can be defined as "average" or "bad" by Bill James' game score. He's given up 4 earned runs or more in ELEVEN starts. He has an era of 7.09 in the sixth inning or later.

Also, as many pointed out, the above tweet can also be used as Francesa's eventual eulogy for Kershaw. 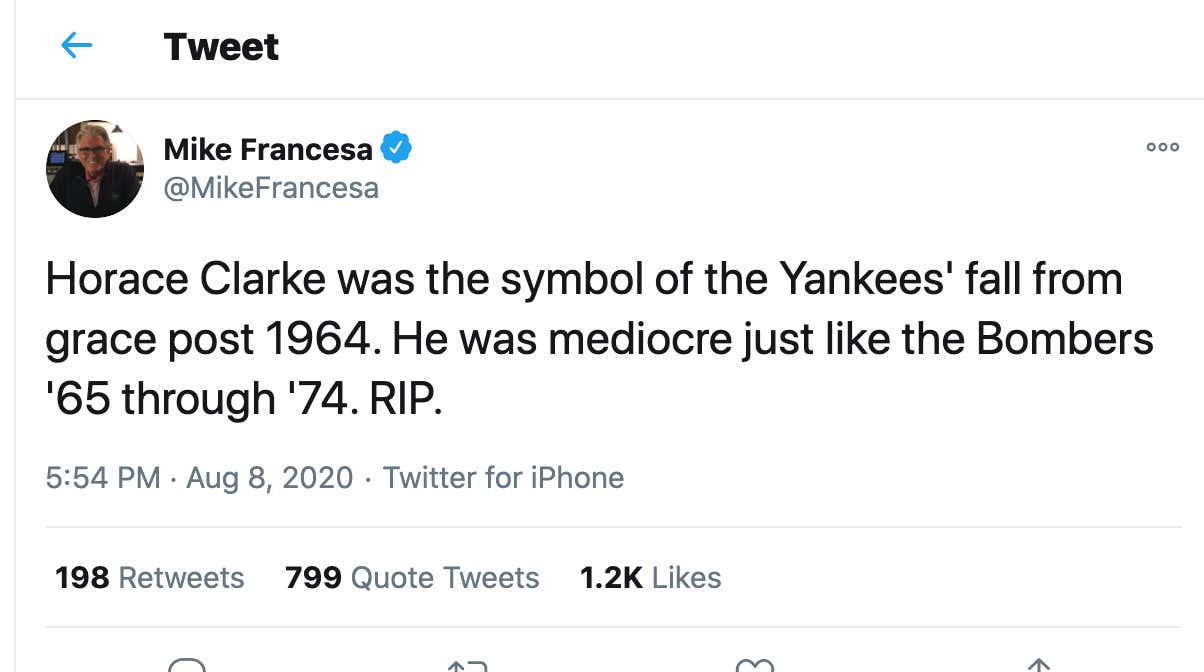 The man just has a way with words.

Overall though, there's more than enough proof to say that Kershaw is a playoff choke-artist, or at the very least a way worse performer in the playoffs than he is in the regular season. Mike Francesa makes a good point here. However, just nine minutes later, a Twitter user came in defending Kershaw and arguing against Mike's tweet.

The user said the following: 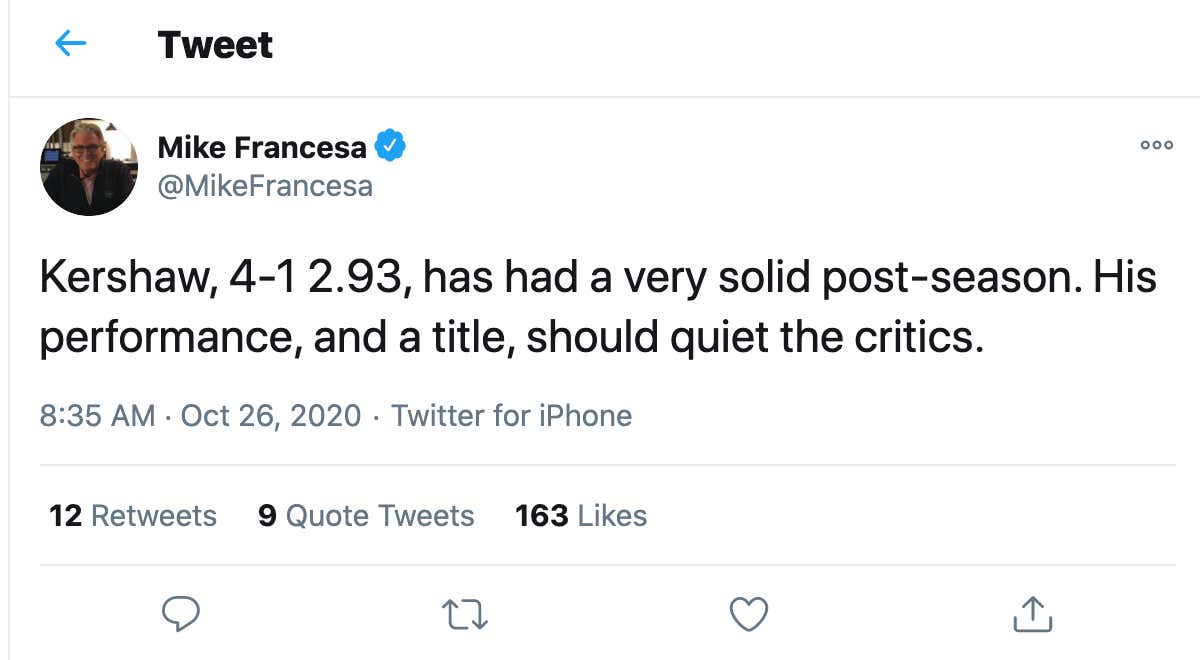 Wow. Shots fired. Almost felt like a subtweet to Mike's tweet calling Kershaw a playoff bust. But Twitter user Mike Francesa does have an argument here. Carrabis wrote a blog this morning echoing this. Kershaw has thrown two very solid World Series games to get two wins and help the Dodgers take a 3-2 series lead. He's had some gems this postseason to pitch to a sub-3.00 ERA. If he gets a World Series ring, the playoff choker label will definitely come off his back a bit.

What side are you on?