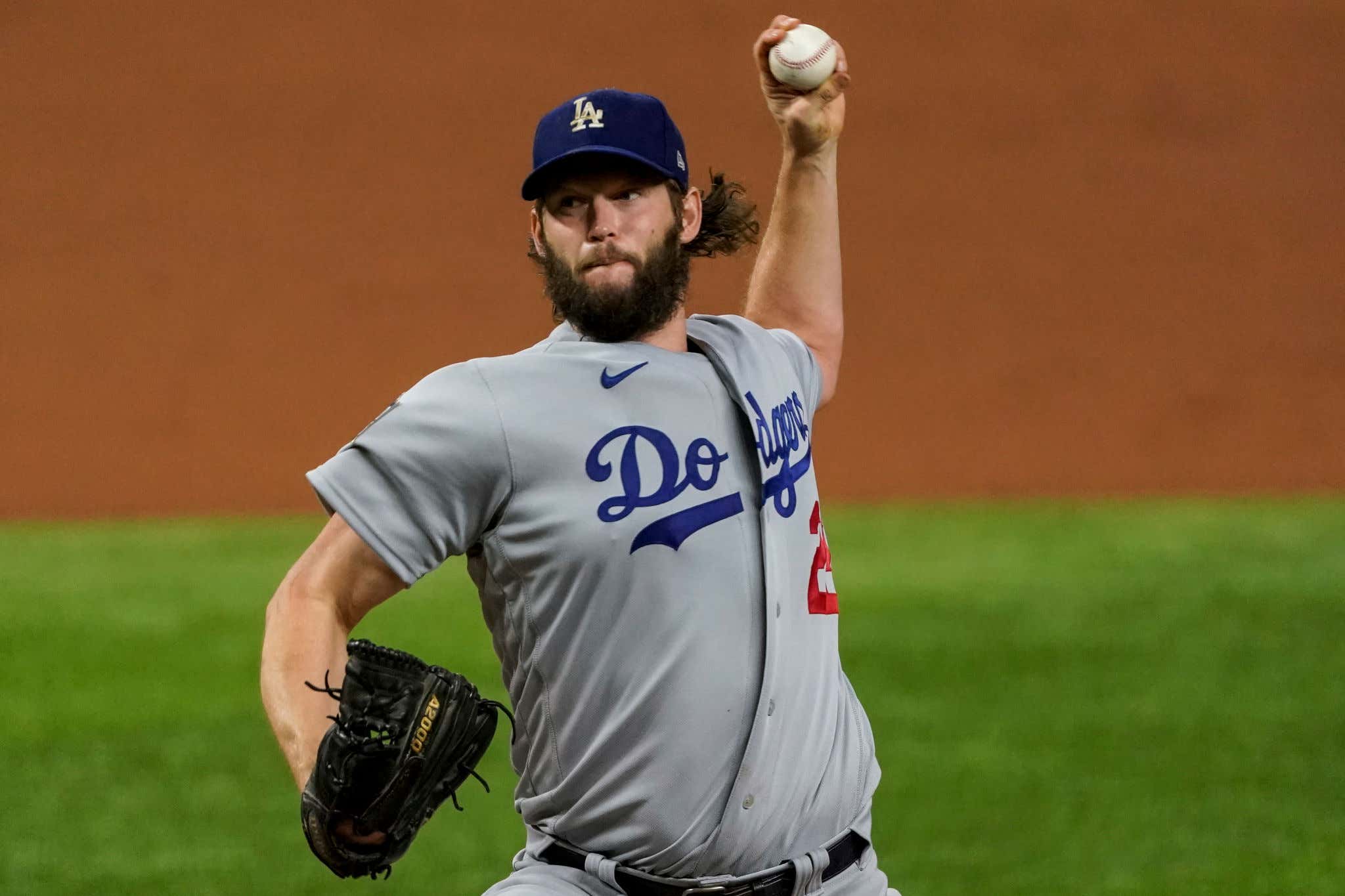 I have been fighting this battle against many a foe for several years now.

If you're a baseball fan, you've met a Postseason Clayton Kershaw Hater. You've probably had a discussion with one of them. Shit, you might even be one of them. If you are, good. Let's talk. I can tell you right now that most of these individuals, for years, were simply Dodger haters or those who bet responsibly on Kershaw to win in the postseason when he did not. I won't name any names, but Dave Portnoy is one of these people. But as time went on and 1988 continued to slip further and further away, the Clayton Kershaw Postseason Haters could not be denied. If you don't have a ring, your legacy will always be questioned. I can get on board with that, sure.

What I could never get on board with was the notion that Kershaw "sucked" in the postseason. In certain starts, sure. That's fair. In general? Absolutely not. Just was never the case. But to some extent, I can somewhat understand where these folks were coming from. Kershaw is a first-ballot Hall of Famer. He's arguably the best pitcher of his generation, right there with Justin Verlander. And we'll get to him in a minute. When you send a guy with Kershaw's resume to the mound, you expect greatness every single time. When the lights shine the brightest, as they do in October, that's when you need the very best out of your very best. That has been, and always will be, Kershaw until the day he hangs up his spikes.

We mentioned Verlander earlier; let's expand on that. Verlander is the 1B or 1A to Kershaw in the conversation for the best pitcher of this generation. Verlander is also the owner of an 0-6 record in the World Series throughout his career to go along with a 5.68 ERA. Why isn't that more of a narrative? Why is the focus always on Kershaw when the stakes are the highest? Well, you already know that answer. It's because Verlander got his ring and Kershaw still has yet to win his. Let's talk about that ring for a second, though.

As you know, Verlander got his World Series ring as a member of the now infamous 2017 Houston Astros. To sweeten the pot a little bit more, Verlander got his ring with that 2017 Astros club while facing Kershaw and the Dodgers. In that World Series, Kershaw pitched Game 1 of that World Series going seven innings, allowing just one earned run on three hits with 11 strikeouts. He also came out of the bullpen in Game 7, throwing four shutout innings in innings three through six.

Both of those aforementioned outings were in LA. In Houston, where the Astros were proven to be stealing signs illegally, Kershaw pitched in Game 5, allowing six earned runs in 4.2 innings. Now, can we sit here and say that Kershaw would've dominated if the Astros weren't cheating? No. Can we definitively say that the Astros had a wildly unfair advantage in that game that and that those unfair advantages could've cost Kershaw and the Dodgers the win and thus the entire series as well as the lefty's legacy? Yeah, I think we can.

In this 2020 World Series, Kershaw is the winning pitcher in two of the three wins that now put the Dodgers a win away from their first World Series title since 1988. He has now passed the baton to his teammates. If the Dodgers fail to win one of the next potentially two games, you can't come at Kershaw regardless of LA's failed attempt to win a championship. Beyond that, Kershaw is sporting a 2.93 ERA this postseason. He was a major player in the Dodgers even having a chance at blowing a 3-2 World Series lead in the first place. And in his Game 5 start on Sunday night, Kershaw punched his 206th ticket in October, passing Verlander for the most strikeouts for any pitcher in postseason history.

For now, Kershaw is still without a World Series ring. At least, today he is. But even if he doesn't get his ring this year, he's still appeared in 37 postseason games and allowed three earned runs or fewer in 26 of them. After his 5.2 innings with two earned runs performance on Sunday, Kershaw now has 21 postseason appearances of two earned runs or fewer. Simply stated, Kershaw has delivered in the postseason far more than your favorite pitcher ever has. But to silence the haters forever, he'll need that piece of metal held high over his head this week.

Regardless of if we get that all-time baseball moment or not, the narrative of Kershaw being bad in the postseason is dead. It doesn't exist. He did his job. Now it's on his teammates to do theirs, forever cementing Kershaw's legacy as the all-time legend that he undoubtedly is.