For over 80+ mom & pop, small businesses inside Philly's 127 year-old Reading Terminal Market, COVID has been a major struggle as they've lost an estimated 50% of their customer base...

"I think our location [above the Convention Center] is what's hurting us," says Vinnie Iovine, owner of Iovine Brothers Produce.

"Not everyone's working, so the people that were right across the street are not there to come down and shop during lunch, so it's been kind of tough right now. It's been a little harder than it has been in the past. A lot harder," Iovine said.

With tourism down, conventions and events canceled, offices closed and lunch crowds slim, some vendors shut down altogether.

So scrolling my Twitter on this lazy Saturday morning I was excited to stumble upon Barstool making news there, and for great reason.

Why? Its fearless Scumbag Captain has succeeded in boosting the major landmark in the heart of Center City...

Dave posted the video above this Thursday afternoon. The gist: For every $100 deposited by Stoolies in the Barstool Sportsbook app, Penn National would donate $100 to Reading Terminal Market until the market reached its $250K GoFundMe goal.

That very same day the goal was reached…

…but there's one thing Dave didn't mention again in his follow-up Tweet updating everyone; On top of the publicity & shine he put on the market's tribulations, he's also donating $50K of his own money, too. It's something that, after the news fades, he'll just quietly do in a way he's done so many times before.

It went the same way last Veterans Day when Chaps decided to crowdsource funds for The Headstrong Project and Dave casually Tweeted back that he'd match whatever was raised. It ended up being a whopping $91,000 for a total of $182K… (HUGE shoutout to the Stoolies for that, too.)

When the time came for Headstrong to collect the check, Dave hunched over his desk with a checkbook, exchanged pleasantries with the rep, Joe Quinn, and went about the rest of his day. If I hadn't been there to see it & decide to run over & capture it, nobody would have known because he'd have never brought it up again…. nearly $100K from his pocket on the spot with no second thought, no fuss or attention on himself. 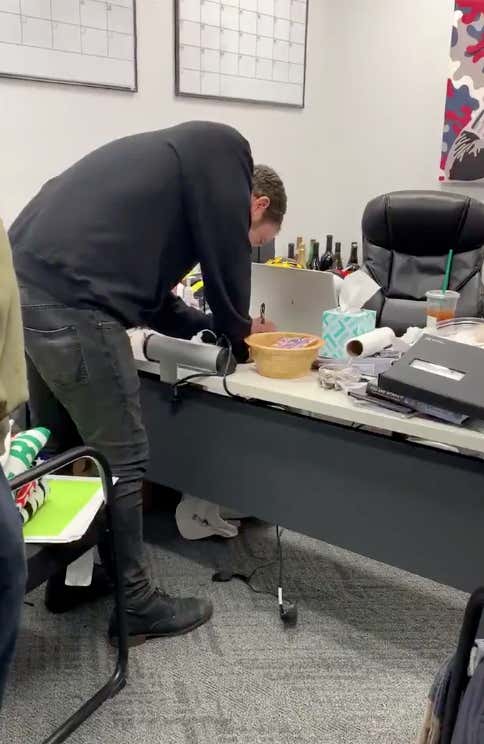 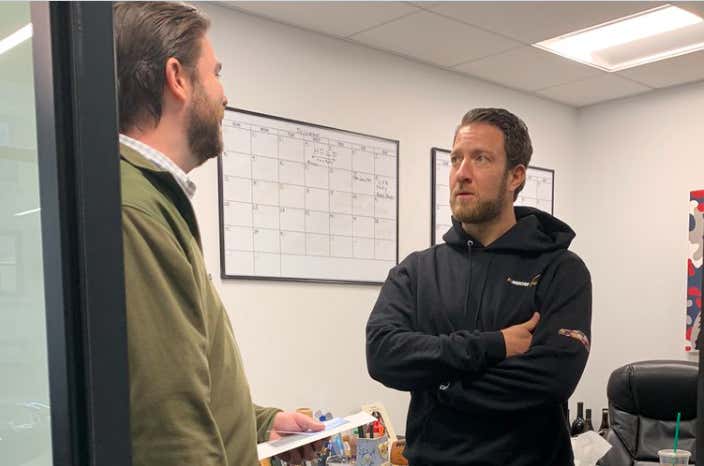 Odds are good that the therapy, care & attention provided through Dave's donation saved lives, not to mention the incredible amount that Stoolies gave. (I used their mental health services once at my lowest and it helped change my life, so this meant a lot to me.)

And now over at Reading Terminal (which is managed by a non-profit) they'll be able to keep serving Philadelphia's favorite flavors to tourists & locals alike. The funds will 'help to keep the lights on and power the building, keep the ventilation systems working, support the frequent cleaning and disinfecting that ensures that you will be safe when you come to the Market we all love'.

I mentioned in a previous Philly tour guide blog that I used to work at the convention center which surrounds the market, and my trips down there for lunch were often the only thing that kept my sanity on a busy day. I felt at home there amongst the bustle, and journalist Rick Nichols once called it, “… the defiantly beating heart…of old, original Philadelphia."

And it will keep on beating thanks in part to El Pres, who legitimately does so much behind the scenes with the little free time he has, and without expecting any thanks in return.

(In totally unrelated news, uh, Dave can I have the $10K bet at the gambling house this weekend?! Eh?! Ehhh?! #KatieBrownNoser)

BTW, it's not just Dave doing his part to support the market down there. Big Cat's been frequenting Reading Terminal's Beilers Donuts in solidarity. Another selfless champion of The City of Brotherly Love: