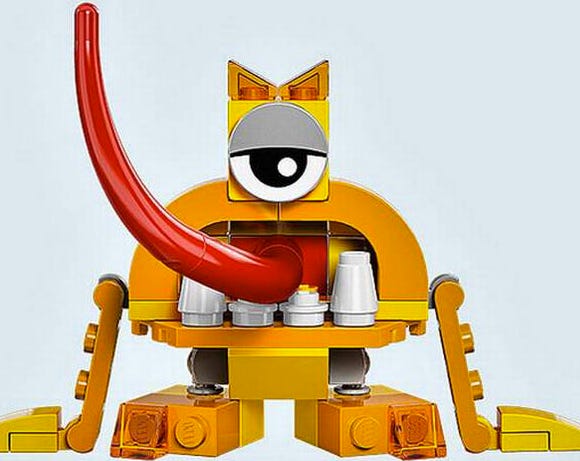 Independent - A new Lego toy initially advertised as a “window licker” called “Turg” has come under fire from campaigners for “making fun of the learning disabled”. The figurine was released at the start of the month on the firm’s official website, as part of the toy company’s Mixels range. The official description which originally accompanied the product said that Turg “looks like an experiment that’s gone very, very wrong!” It then added: “Part frog, part chicken, part back-of-the-bus window-licker, this Mixel has the longest tongue of them all” – but the phrase has now been removed from the website. An updated version reads: “This Mixel has the longest tongue of them all.” Disability charities said they were “shocked” by the use of the term, which was voted the ‘third most offensive’ in a poll run for the BBC’s Ouch! disability talk show in 2003, the Daily Mirror reported. “As an immediate result of the input we have received,  the product description for the Mixels character Turg has been changed on our website. We have looked at our processes to make sure this does not happen again.”

Wait, hold the phone. The retards are MAD about this? Uhhhhh HOW? WHY? It’s every kid’s dream to have his own action figure. Like do you know how happy I’d be if they made a short, balding blogger action figure or toy? I’d be through the roof! If Lego made a toy and said “looks like someone who will never be able to get a real job again. Part child with how he dresses, part old man with his terrible hair line, part lazy good for nothing piece of shit window licker, this blogger has the shortest stature of them all” I would cum myself everywhere. I’d be like momma I made it, a toy that is made just for me! But nope. Instead of embracing their differences like the little snowflakes they are, the retards and the retard people have to protest and get all upset. Embrace the phrase window licker. It’s hilarious.