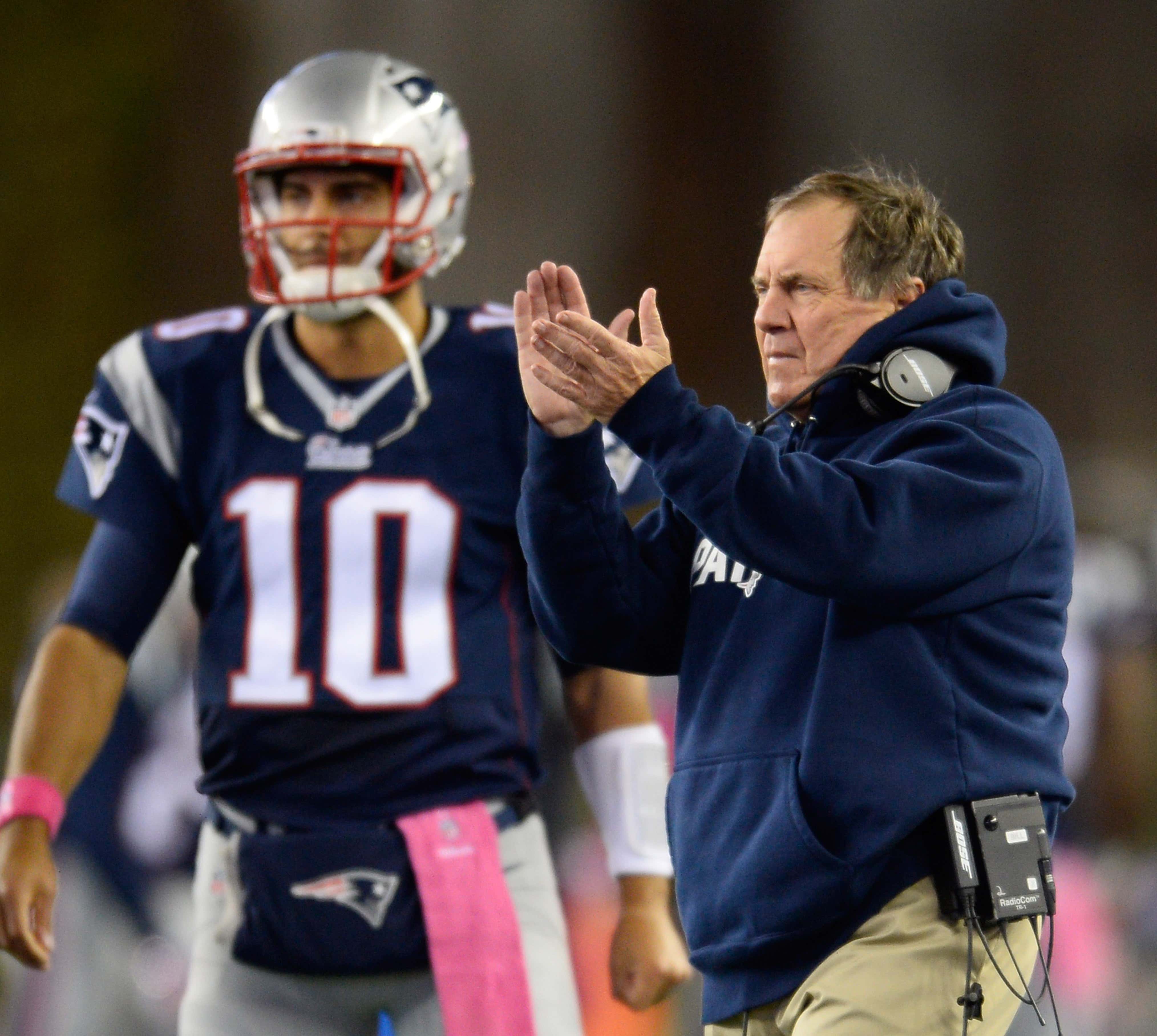 Along my personal journey, there have been certain truths I have striven to share with the world. Not merely for my own growth, but in order to help the rest of you achieve enlightenment as I have.

Think of me not so much as a self help guru or a spiritual guide, but as a full on cult leader. Where you need to not only disavow all your previously held beliefs and accept mine as your truth, but also recruit others and send me as much of your and your parents' money as you can get your hands on. Think of me as that creep who ran NXIVM and claimed to have a 240 IQ and made his followers call him Vanguard. But without all the, you know, underage trafficking and deaths. My truths are not at all about that. They're mostly Patriots related.

And the one of the most persistently held beliefs I've been trying to guide the masses away from has come up again this week. In a big frigging way. We've seen it coming for years now. The schedule was set on this a long time ago. And now that the time has come, the myth is back in full force. And its this:

Heavy sigh. Cue the "over it" GIF of your choice. I'm going with this one, just because I can hear the perfect pitch of Alec Baldwin's Jack Donaghy voice and wish I sounded like him.

OK. Let's go over this again for the first time in a while. Probably since Jimmy Garoppolo took the 49ers to the Super Bowl. And I'll start with this piece on NBC Sports Bay Area from this week:

Quarterback Jimmy Garoppolo was not going to remain with Bill Belichick and the New England Patriots beyond a fourth year.

So after 3 1/2 seasons, Belichick made the move to trade the team's backup quarterback rather than lose him in free agency in the spring of 2018. Belichick identified the 49ers as the team with which he wanted to do business.

"Everybody here had a lot of confidence in him," Belichick said Monday of Garoppolo in a conference call with Bay Area reporters.

"It’s one of those situations where you’re not able to keep all the players, based on the situation that’s set up, which is understandable. I’m glad that it’s worked out for him and San Francisco. I hope it doesn’t work out on Sunday."

How is it that they can understand in San Francisco what the football media in New England either can't wrap their brains around or flat out refuse to? Or understand but are just playing the clickbait game? And I'm not sure which is the worst possibility. Allow me to review the presentation I gave you on this topic at our last cult meeting. The first slide, please:

It was the trading deadline in the middle of the 2017 season. And Belichick had three choices. Exactly three. His decision was ternary:

1) Lose Jimmy Garoppolo to free agency after the season.

2) Release Brady at the end of the season, sign Jimmy G to the richest deal ever and make him the 2018 starter.

Repeat after me for as many times as it takes for this to sink in: There was no fourth option.

As far as the idea that is still floated out there, where they could've "simply" signed Jimmy G and kept him as the backup, that's just willful ignorance on the part of whoever says it. The next slide, please:

You couldn't Franchise him, making him the highest paid player on the team because it's madness. You'd have to release a handful of starters just to pay a guy to hold a blue Microsoft tablet all year. Not to mention it would breed resentment and create a line of agents outside Belichick's office demanding new deals. Saying "Well they could've figured out a way to keep him" is worse than being disingenuous, it's a flat out lie.

The only way Garoppolo would've made the 2018 Patriots roster was as the starting quarterback. Hard stop. There was no other option. You would've had to release Brady weeks after throwing for 505 yards in the eighth Super Bowl he had taken his team to. Whereas, at that time, Garoppolo had played six quarters of NFL football. Six. Fewer quarters than Brady had won conference championships. It would have been nothing less than the biggest, most reckless personnel gamble in the history of team sports.

And immediately cost the team, given that Brady led them to their sixth championship the very next year. To claim they would've won again with Garoppolo is just the height of disingenuousness. Explain to me how Garoppolo goes into Kansas City in the 2018 playoffs and throws for 180 yards in the 4th quarter and overtime. Or faces three 3rd & 10s in OT and converts them all. You can say they might win Super Bowl LIII with Jimmy G. But I see your hypothetical and raise you  a banner that actually exists and will be hanging in the stadium until the heat death of the universe.

And at this point, I always get the same counter argument. About how Belichick could've gotten more for Garoppolo. What that has to do with him being "the one that got away" or how it adds up to  "completely botching" anything is beyond me. But when your point is completely debunked with facts, change the subject, I guess. Anyway, the final slide:

The conventional wisdom is that Cleveland was offering "multiple first round picks." When the truth is, not only have those reports never been confirmed, we know the opposite is true. The Browns coaches were in fact livid that the personnel staff never got into the bidding and all went home at 5 pm at the trading deadline.

Ultimately the deal that got done between Belichick and John Lynch was for a second rounder, 43rd overall. We'll never be able to assess the haul in an apples-to-apples way because, in typical Patriots fashion, they've made a couple of dozen trades with it since. Jason Bateman in "Ozark" couldn't launder cartel drug money the way Belichick has turned over that pick.

And with the 2020 draft, we finally know the sum total of what that pick turned into:

Two guys who didn't pan out. A contributing hybrid CB/S. Your current RB1 who just had a 100 yard game. A young tackle currently on IR. Your possible QB of the future. A developmental TE. And a guy who has already started for you at RT as a rookie. All for a guy who played at a DII school and, like I said earlier, had less than two games of career experience.

But fine. Tell me you think they should've gotten more. There's never been so much fixation on the trade return of a backup quarterback in the history of the world. So have at it. But just, for the love of God, stop the clickbait revisionist history bullshit that they should never have traded Garoppolo at all. Listen to your leader. All hail your Vanguard.