Bryce Hall reminds me a lot of myself. He's a savage just like me and I feel like savages are often misunderstood. He's taking some heat right now for doing literally nothing. Supposedly he beat up a server at a restaurant in LA last night, here's why:

Apparently the fight started because the server asked Bryce to stop vaping...and people are mad at Bryce for this? I'm genuinely confused? Maybe if the server didn't want to get his ass beat he shouldn't have taken Bryce's vape away. Mess with the bull you get the fucking horns.

Vaping is apart of manhood and asking someone to put their vape away is like asking them to stop being a man. What did the server expect? I honestly would like to know how dumb they must be to ask THE Bryce Hall to stop vaping. That's literally like asking Dave Chappelle to stop being funny or asking Usain Bolt to stop running so fast. Honestly, this grinds my fucking gears.

Part of me wishes I was there to knock that server on their ass and give them something to think about. I think if I was there I'd go up to Bryce and be like "don't worry bro I've got this" and then have him watch while I kick that servers ass! Bryce would fucking love that. He'd love me too. I honestly just know me and him would be best friends if we ever met in real life. I tweet at him constantly but it never seems to get his attention. 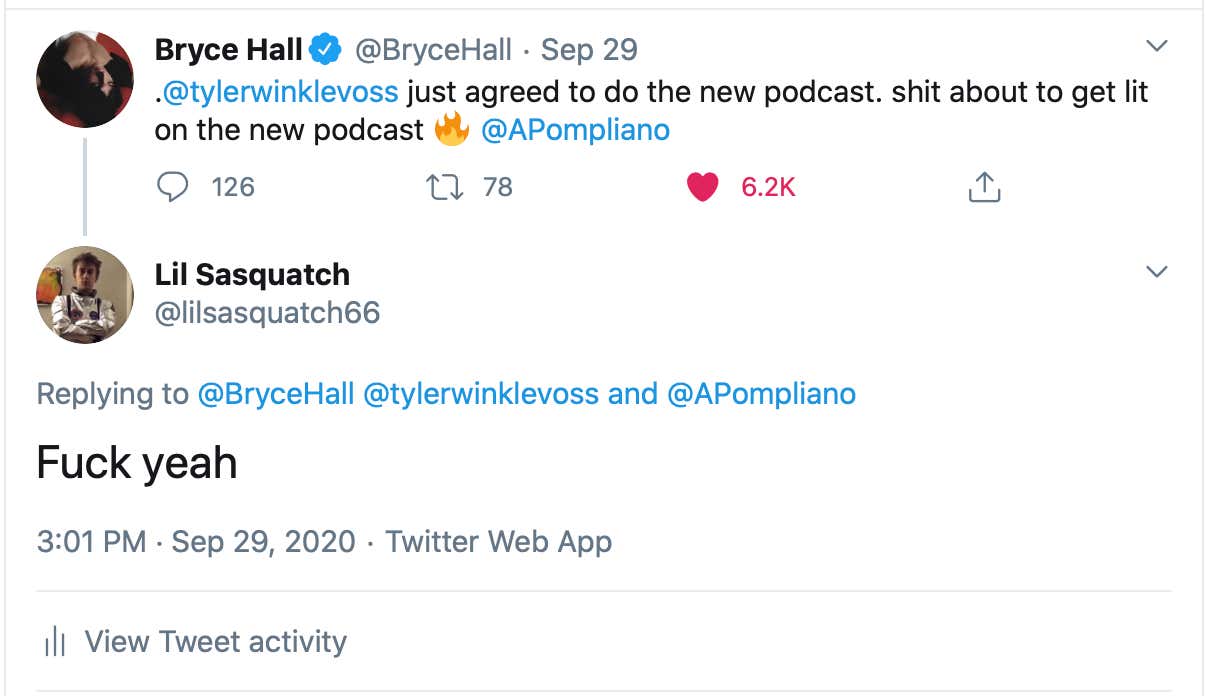 Bryce is a member of the "Sway House" which is quite easily the best Tik Tok house out there (everyone in it is an absolute fucking GOON 😂). They are home to some of the best Tik Toks ever made. For example, this absolute masterpiece:

This Tik Tok literally cured my anxiety and depression in seconds. God I love the sway boys!!!!

I auditioned to be in the sway house a few months back but I was denied for a few reasons. The main reason being I don't have a six  pack and apparently that's a BIG deal breaker for them. (They hate fat people) 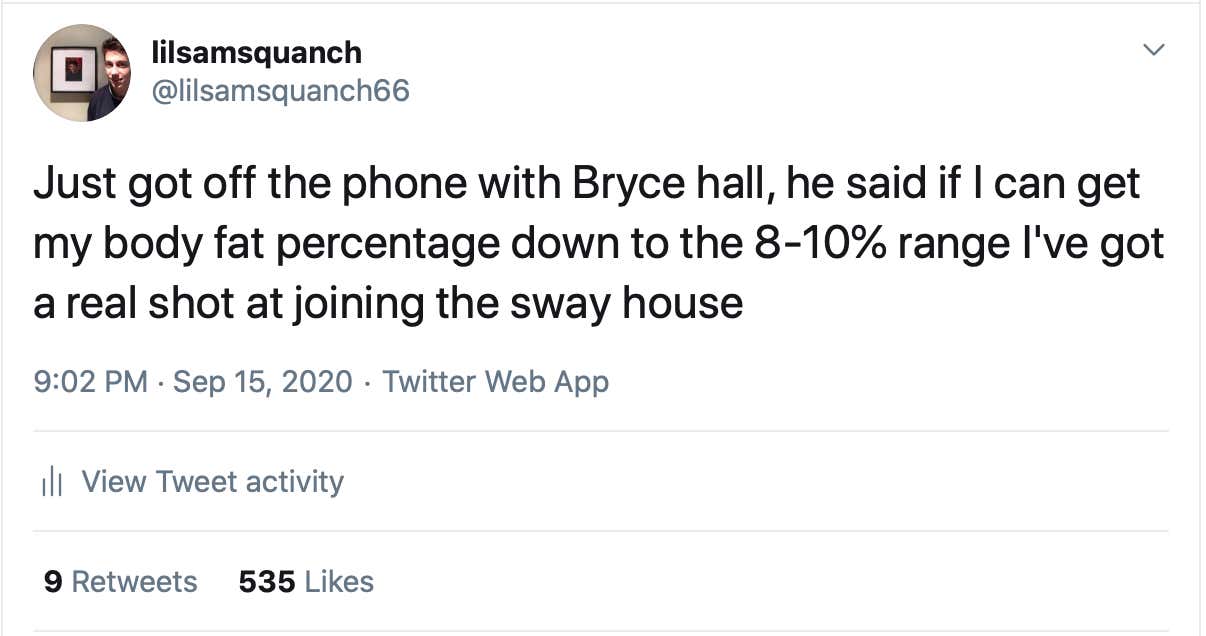 Since then I've been in the gym absolutely GRINDING while simultaneously eating about 100-200 calories a day which is quite literally no food at all. It sucks but that's just the kind of sacrifice you need to make to be a Sway Boy (LA). Let's just say…Six Pack Sas is coming and coming FAST. Thanks to Bryce and the guys I've literally never felt better about myself.

At the end of the day I'd take a fucking bullet for Bryce and my main goal is to grind at Barstool for the next few years until I can finally become one of the Sway Boys. I'd be a great fit for the house and I know they'd love me. I'd take a bullet for any of those sick FUCKS (😂💯🔥)

Bryce didn't do anything wrong, it was the server at the restaurant who did something wrong. Never mess with Bryce.