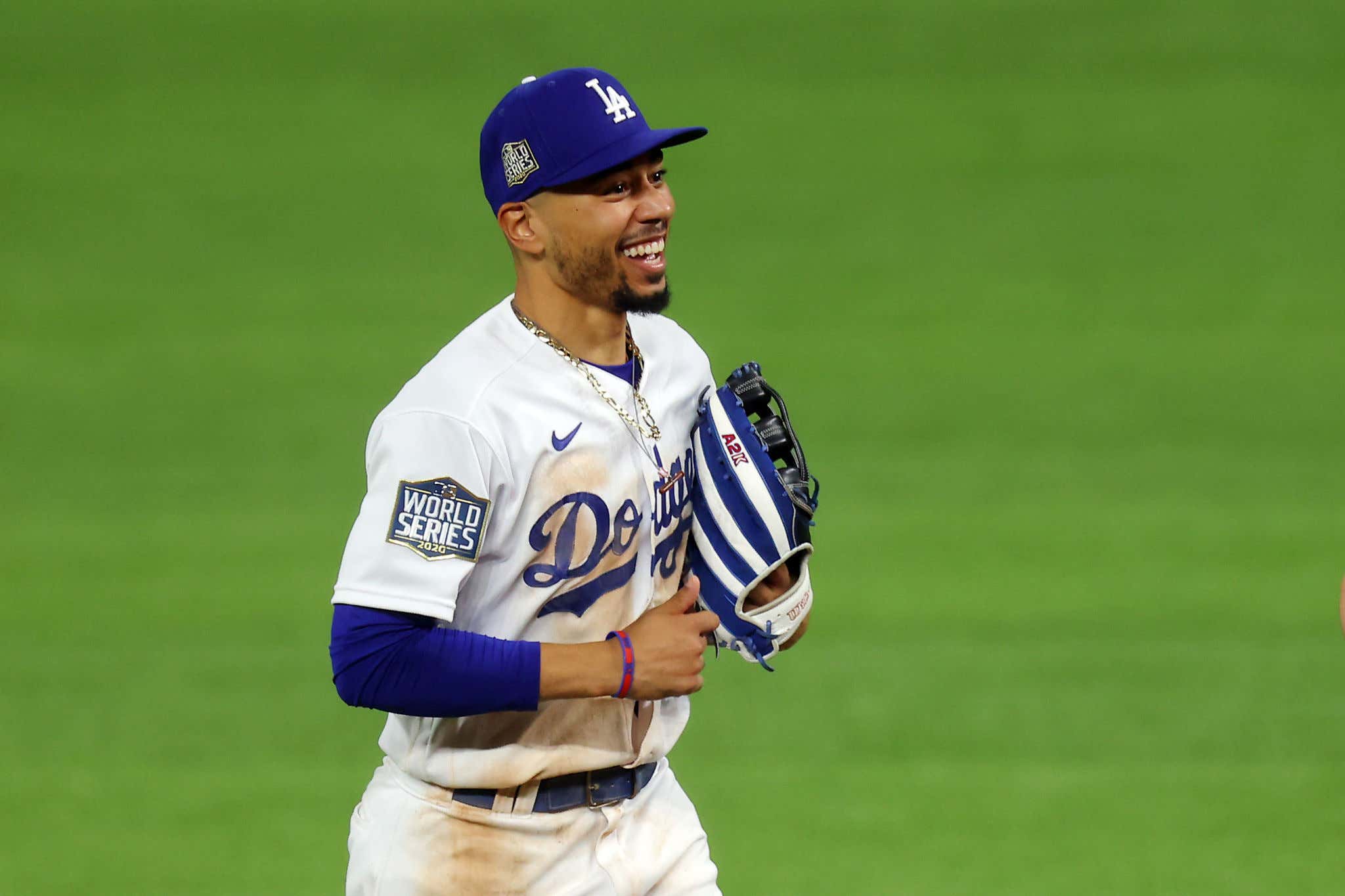 I didn't wake up this morning with plans to write about Mookie Betts, but here we are.

Actually, I had written out a tweet that said, "I don't have the energy to fight with the internet today about Mookie Betts, how things ended in Boston, the extension he didn't sign with the Red Sox, his trade to LA, or the contract he signed with the Dodgers," while linking to the blog that I had written after the trade back in February. That blog had all my thoughts on the matter right there, and I didn't really feel all that motivated to continue any further on the subject. I didn't feel anything new. Didn't feel like I had to shout into the masses, all the things that I had already said multiple times before.

But I was lying to myself. I deleted the tweet before I even hit send. Of course I feel new things about the Mookie Betts situation all these days, weeks and months later. Some of them are old feelings that have lingered, but there are new thoughts and feelings that have manifested. Of course it still bothers me that he's in a different uniform when it never should've come to that. Listen, you don't have to mansplain how the luxury tax works to me. I get it. The Red Sox had to shed payroll to avoid massive penalties -- the Yankees are about to do the same thing this winter -- but nowhere in the luxury tax rules does it say that in order to reset, you have to trade a generational talent to do so. There had to have been other, albeit more difficult to execute, options to explore.

I'm not writing this to second guess Chaim Bloom about the trade. By my estimation, it would take nine million Marty Mush brains to equal one quadrant of Bloom's brain. Any second guessing of that trade at this point would be sour grapes after seeing Mookie homer and swipe two bags in Game 1 of the World Series last night. I don't know if there are many Red Sox fans that even fit this description, but I don't root against Mookie, either. Yeah, it sucks when he makes a spectacular catch in the outfield and Twitter dances on my grave for the rest of the evening, but I've done enough grave-dancing myself to be able to wear that.

I guess I just wish I had more clarity on the situation. In a perfect world, we'd be able to hook up Mookie Betts to a lie detector and ask him if he had any intentions of re-signing with Boston had they made a competitive offer in the neighborhood of what he signed with the Dodgers for. If the answer is no, then we can all move on with our lives. It's the "what if" of the matter that still haunts us. His stance all along was that he was going to become a free agent when the time came. He never saw free agency, because the Dodgers wrote him a check for $365 million. If they hadn't done that, the Red Sox would've reset their luxury tax and been able to make an honest effort to bring Mookie back this offseason, but were never afforded that opportunity. What if they had that chance?

Maybe he opens up about it some day, but I doubt it. He doesn't have to. He's in a big market with a team that has a chance to win a championship on an annual basis, with an adoring fan base, in an organization that has never relayed any message to him other than, "We want you here forever." The Red Sox cannot say the same thing. They traded him, a player who would've had a very strong case to become the best player in the 119-year history of the franchise. The Red Sox have their payroll flexibility back, and the Dodgers have Mookie Betts. Even if the Red Sox take that payroll flexibility and build their fifth championship team since 2004, people will still talk about the Betts trade. It's not something that's just going to go away with time. We still talk about Babe Ruth's sale to the Yankees, and that was over a hundred years ago.

It's part of the team's history now. Even with four rings since The Curse of the Bambino, we still hear about Babe Ruth going to the Yankees. And, of course, there are parallels in the sense that the Red Sox had won five of the first 15 World Series ever played before selling Ruth to their greatest rival ever, who went on to win 26 titles to Boston's zero. The Red Sox have had their recent success with four titles in 14 years, but the Dodgers were already a great team without Betts. However, they haven't won a World Series since 1988. They lost a World Series at the hands of Betts and the Red Sox themselves in 2018. But with Betts, it looks as though they're in a great position to get over the hump in year-one of the Mookie Era. And if that happens, he'll be a big reason why.

The Red Sox will move on because they have to. Mookie Betts will not be a free agent this offseason or for any offseason until 2033. For that reason, we, the fans, will have to move on as well. It's just going to be a little bit difficult to do that when Mookie is on a team like the Dodgers, who have made playing on the biggest stage in the game an annual tradition. We had a World Series game between the Rays and Dodgers, yet the entire FOX broadcast was about the Red Sox trading away a superstar in his prime. It's like getting a divorce from your wife, yet you're forced to watch a live stream of her with her new husband for the next decade, seeing how happy she is with her new partner, thriving in ways that she never could when she was with you.

It ain't fun. But we're just going to have to get used to it. We're gonna be living with this trade for the rest of our lives.